January 30, 2003:  Here are some pix from the LEFT wing (a few days ago) showing the clearance notches I had to create for the wing skins on the steel support arm.  All this was because I could not find 1.5" aluminum angle at Lowe's. 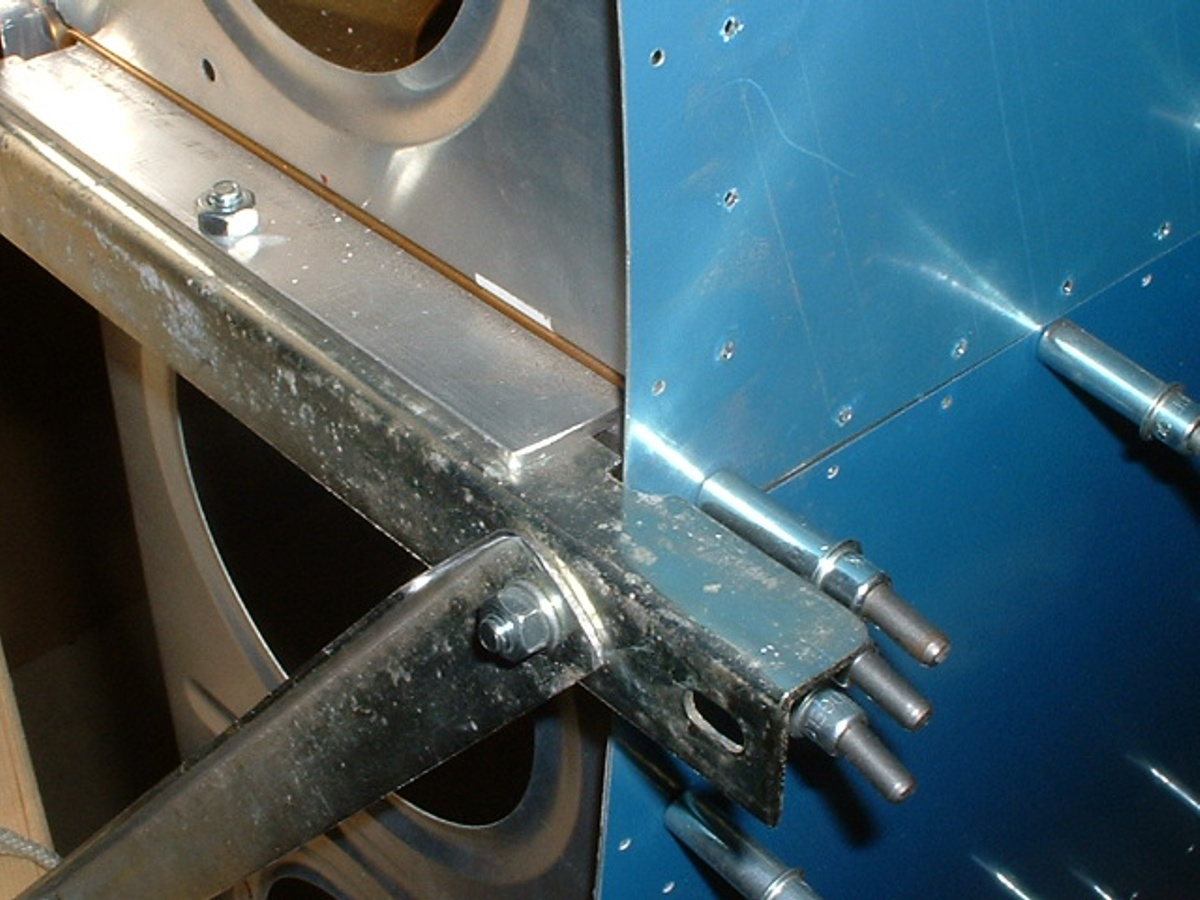 The view looking through the lightening holes of the LEFT wing.  The camera flash is just offset from the lens and gives an illusion that the wing is not really straight, due to the shadow from the flash.  I LOVE straight wings! 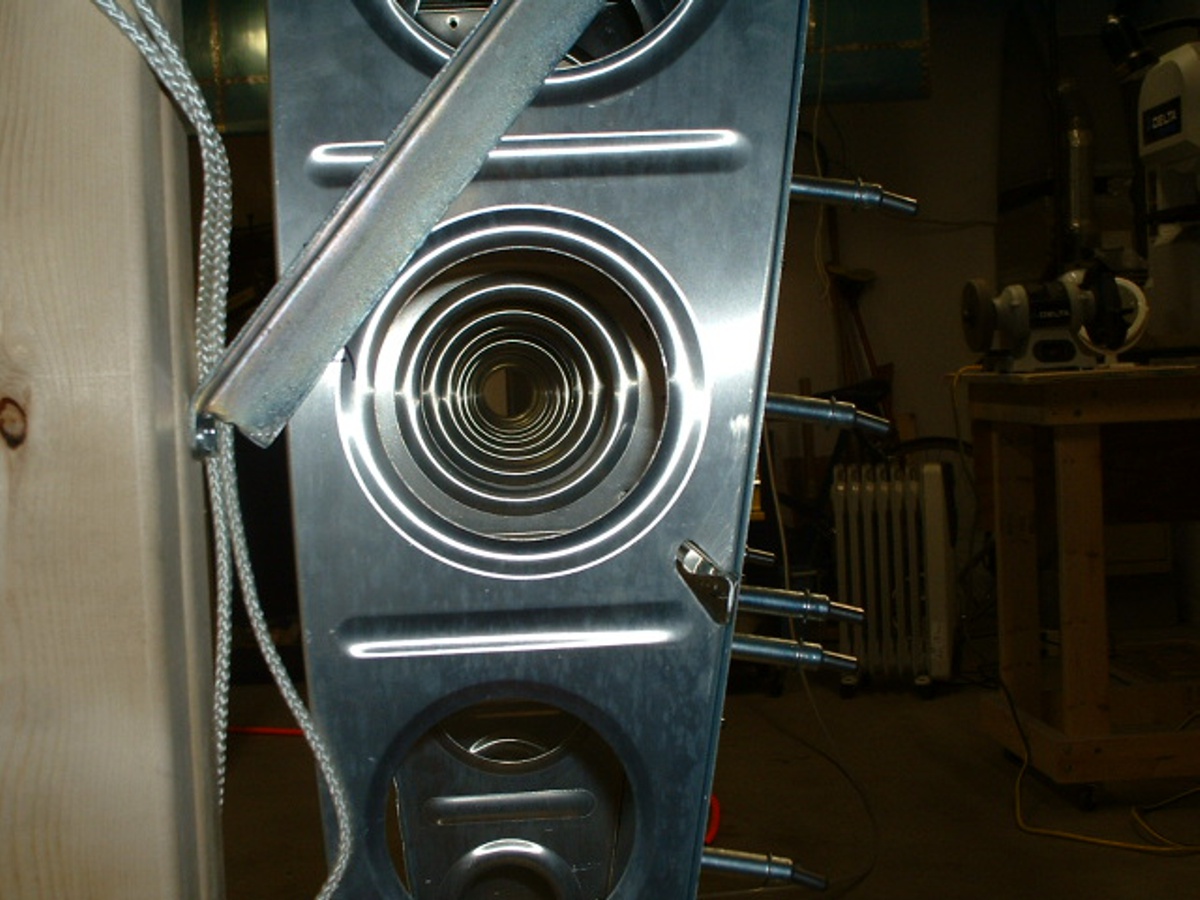 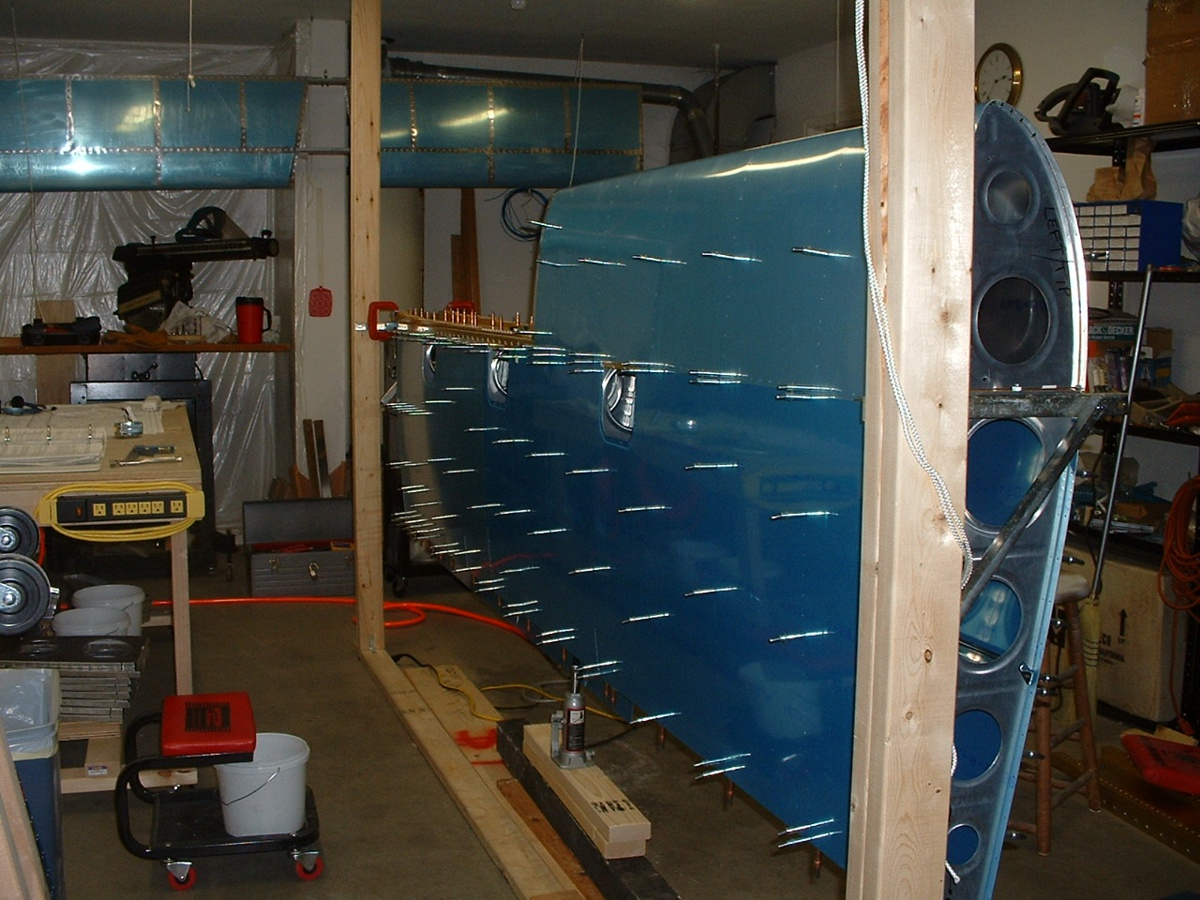 I went to see another RV-9A builder near Huntsville, Alabama on Saturday, January 25th.   Here are his wings all riveted together awaiting final parts installation and close out of the bottom skins. 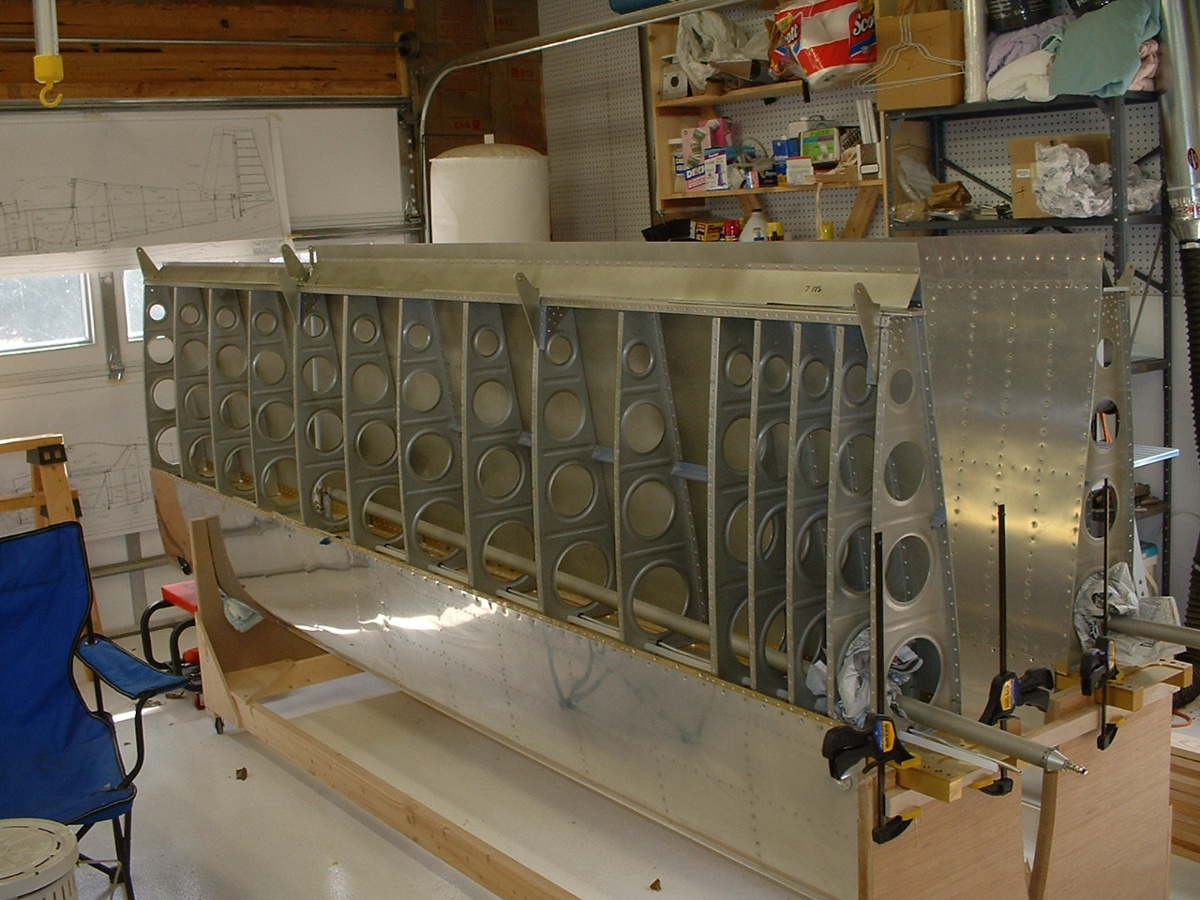 That RV-9A builder in Madison, Alabama is David Edgemon.  He has just received his fuselage kit from Van's and is of course, ONE step ahead of me and a good source of building tips.  He is one of the guys that make up the Tennessee Valley RV Builder's Group.  And yes, the Tennessee River does indeed cut across northern Alabama before heading back north into Tennessee and then Kentucky before emptying into the Ohio River at Paducah, Kentucky. 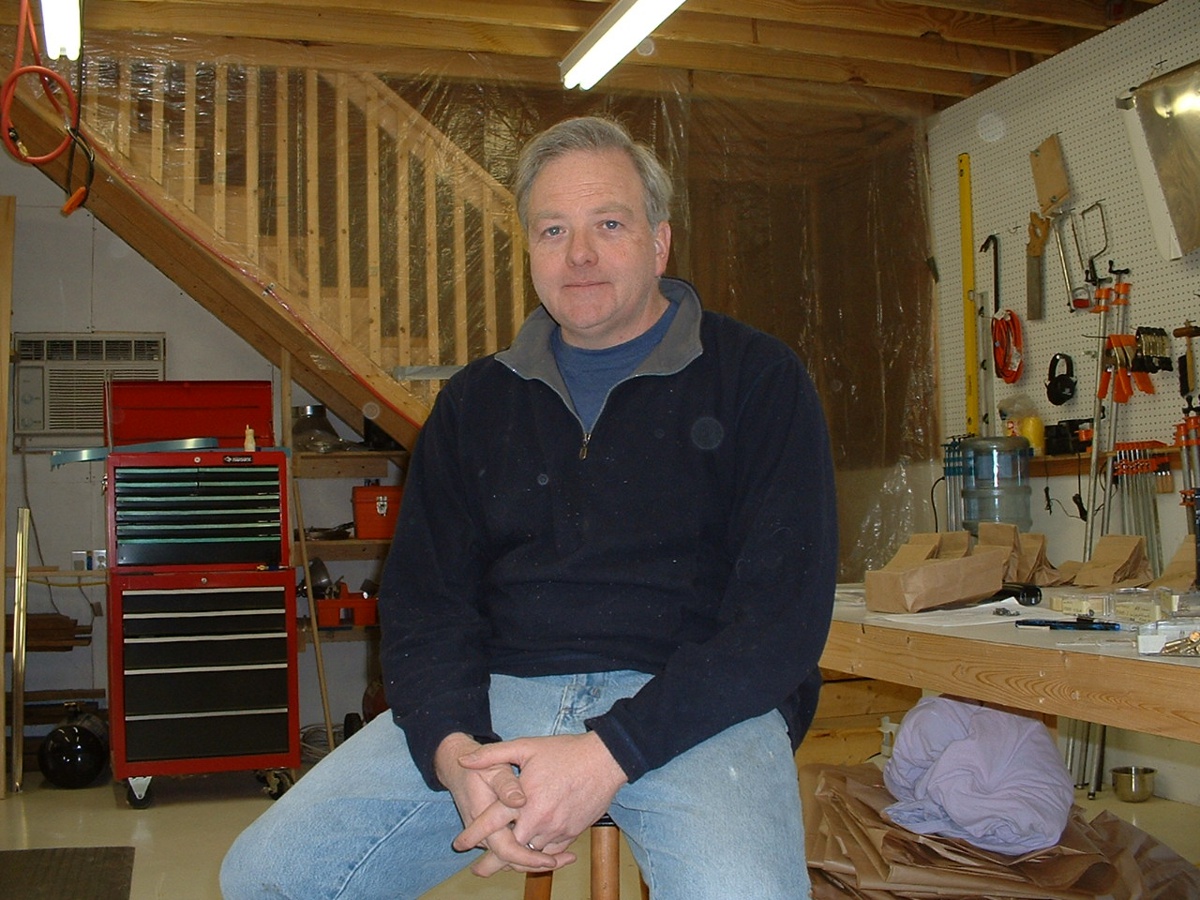 As for my latest work, here are some shots of the RIGHT wing now on the jig in my garage. 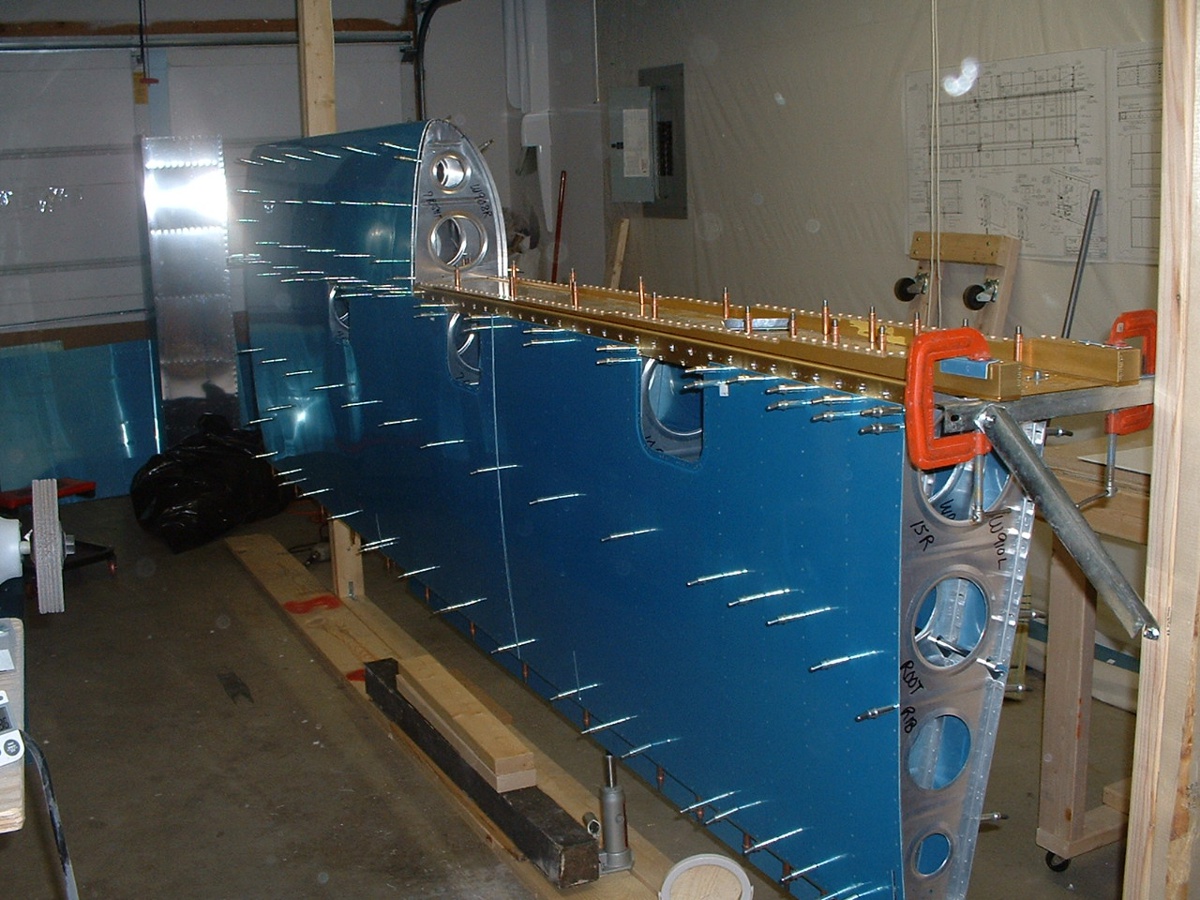 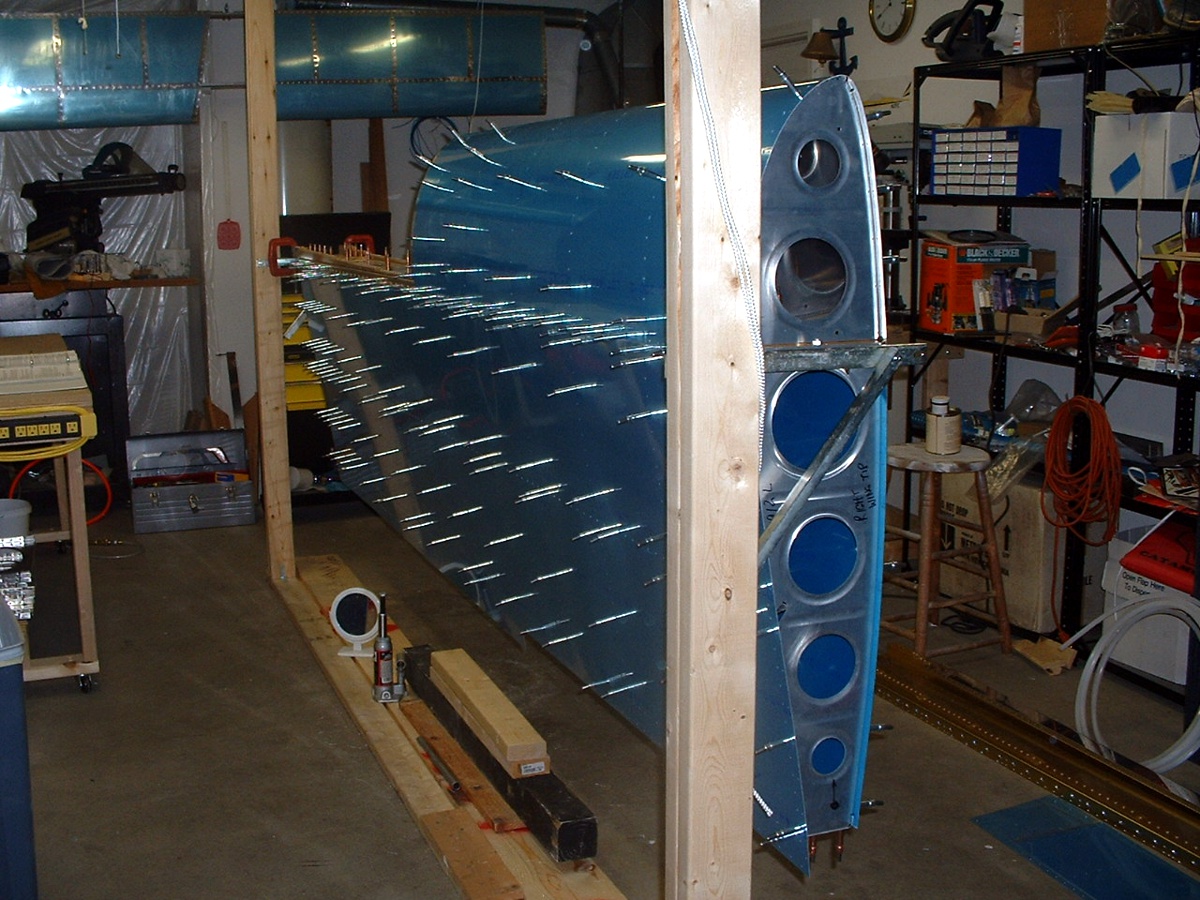 And just in case you are wondering what the shaving mirror is all about, it reflects the fluorescent light into the holes on the skins, allowing me to be sure to drill the J-stringer along the correct marked line.  I had a chance to put my plumb lines on this wing right after I took this picture.  The RIGHT wing is dead-on straight as well - NO TWIST!  Thanks Van!