June 28, 2003:  I also had time to put the aileron on the LEFT wing and calibrate the aileron push rod to a neutral position.   The pitot tubing was installed in the wing along with a conduit for electrical wiring of lights and wing-leveler (to be installed much later). 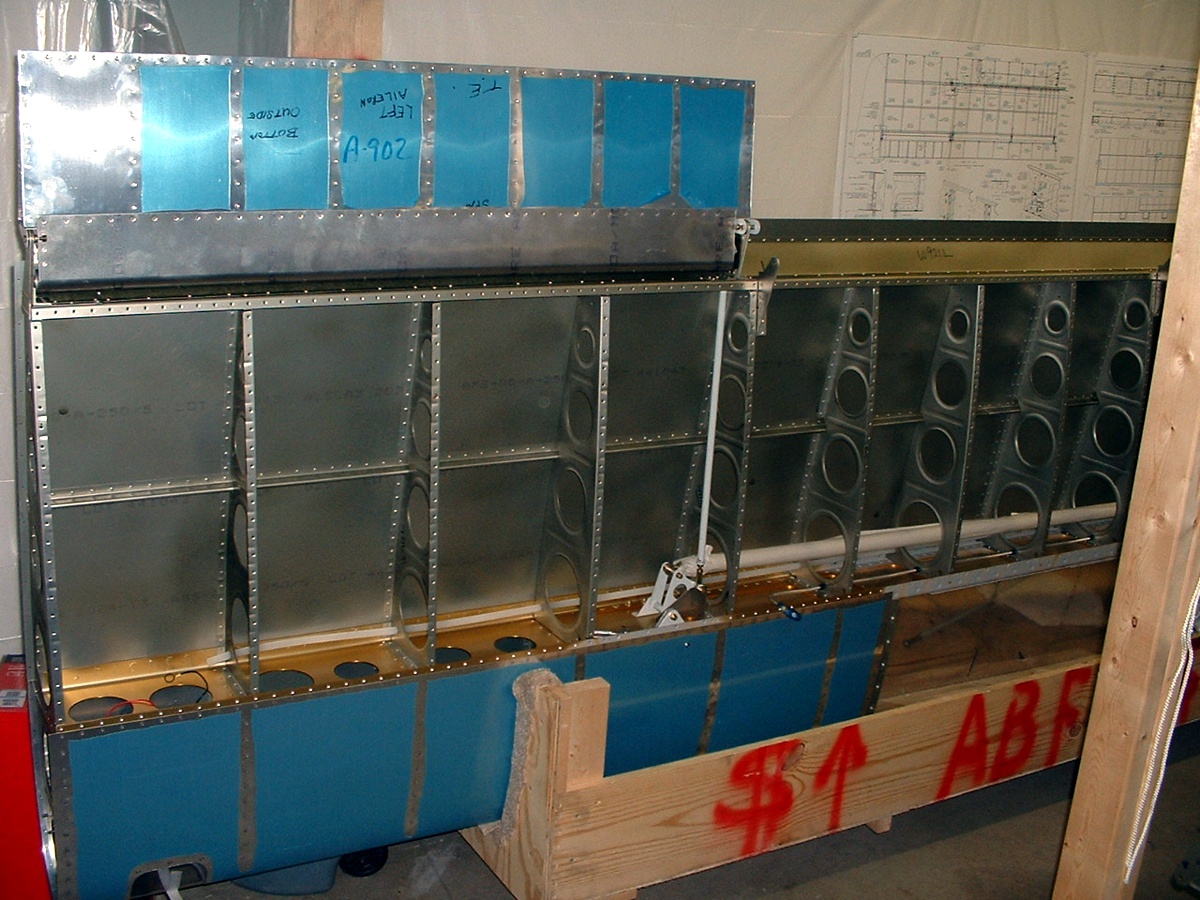 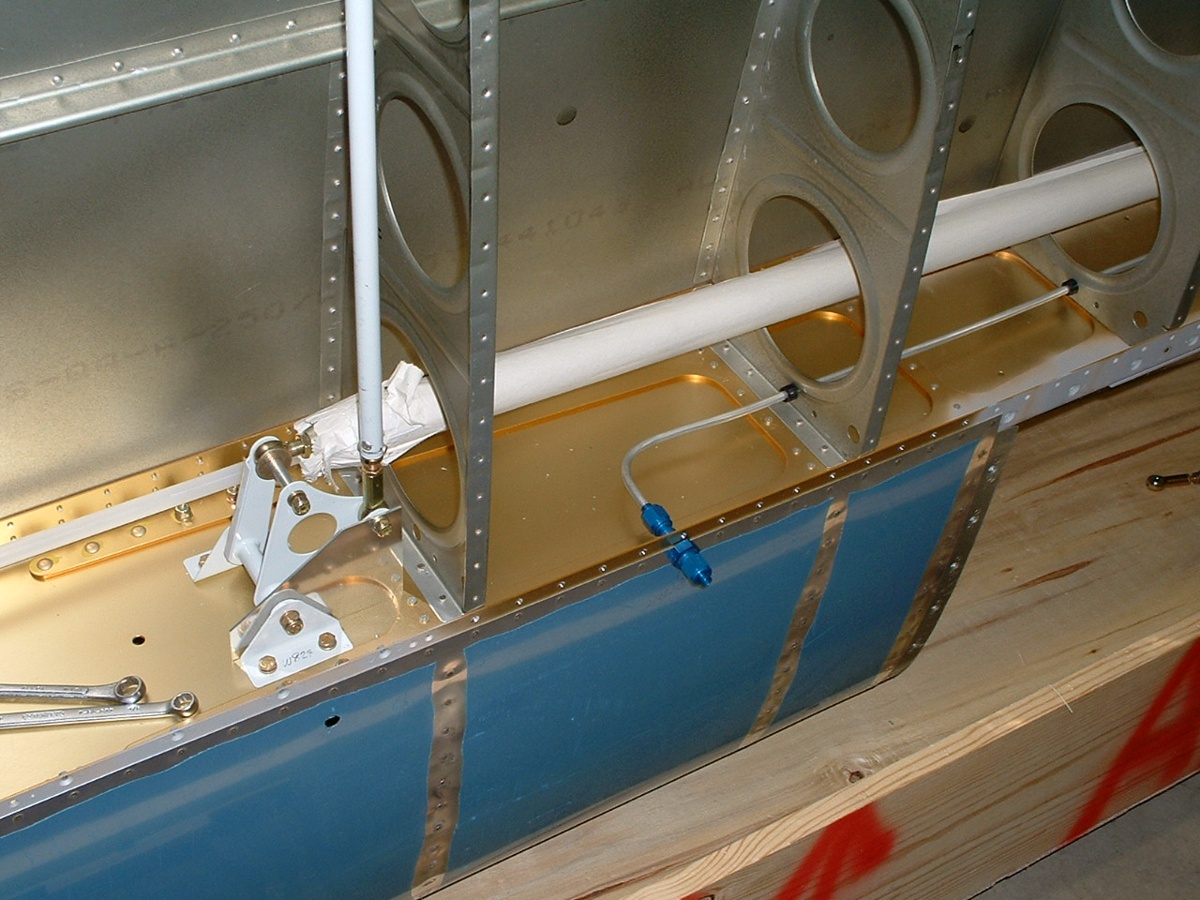 You can see the aileron alignment jig is temporarily attached to the aileron bellcrank on the left side of the photo.  The pitot tube plumbing is in place in the center and right side of the photo.  The aileron push rod that runs from the bellcrank to the fuselage is wrapped in paper to protect the primer from being scraped off during remaining construction.  I will rip all the paper off except for the inboard rib area before installing the bottom skins. 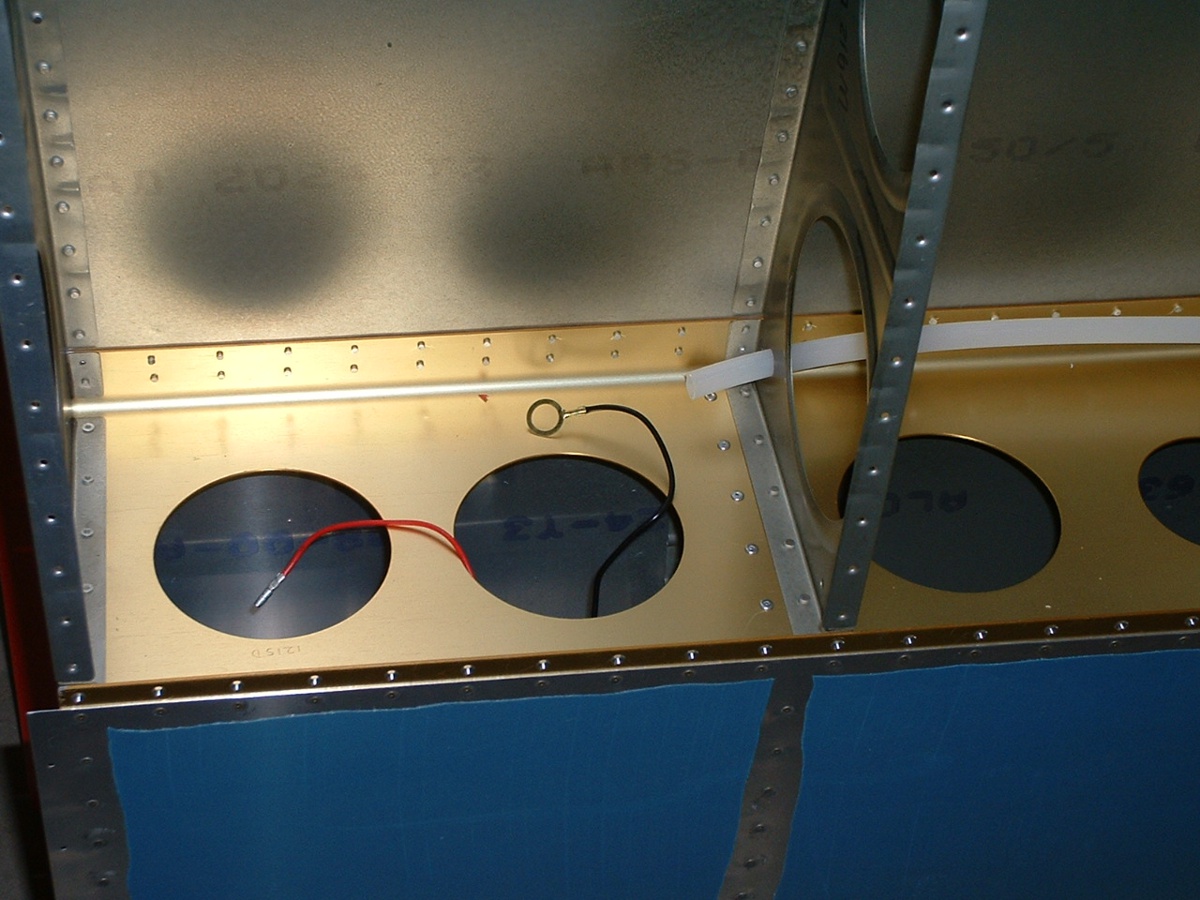 And here is the end of the electrical conduit for the lights.  I have to get a different ground lug for the LEFT landing light and bond it to the main spar.  The red wire is for the +12 volts to the landing light.

July 14, 2003:  The RIGHT fuel tank is completed and you can see it installed on the RIGHT wing.  The access port is not installed on the end of the tank to insure good ventilation as the sealant cures on all the seams and rivets inside the tank.  You can also see the LEFT wing in the cradle at the left of this photo.  I had the bottom skins clecoed on temporarily to verify how much access I would have through the inspection access ports. 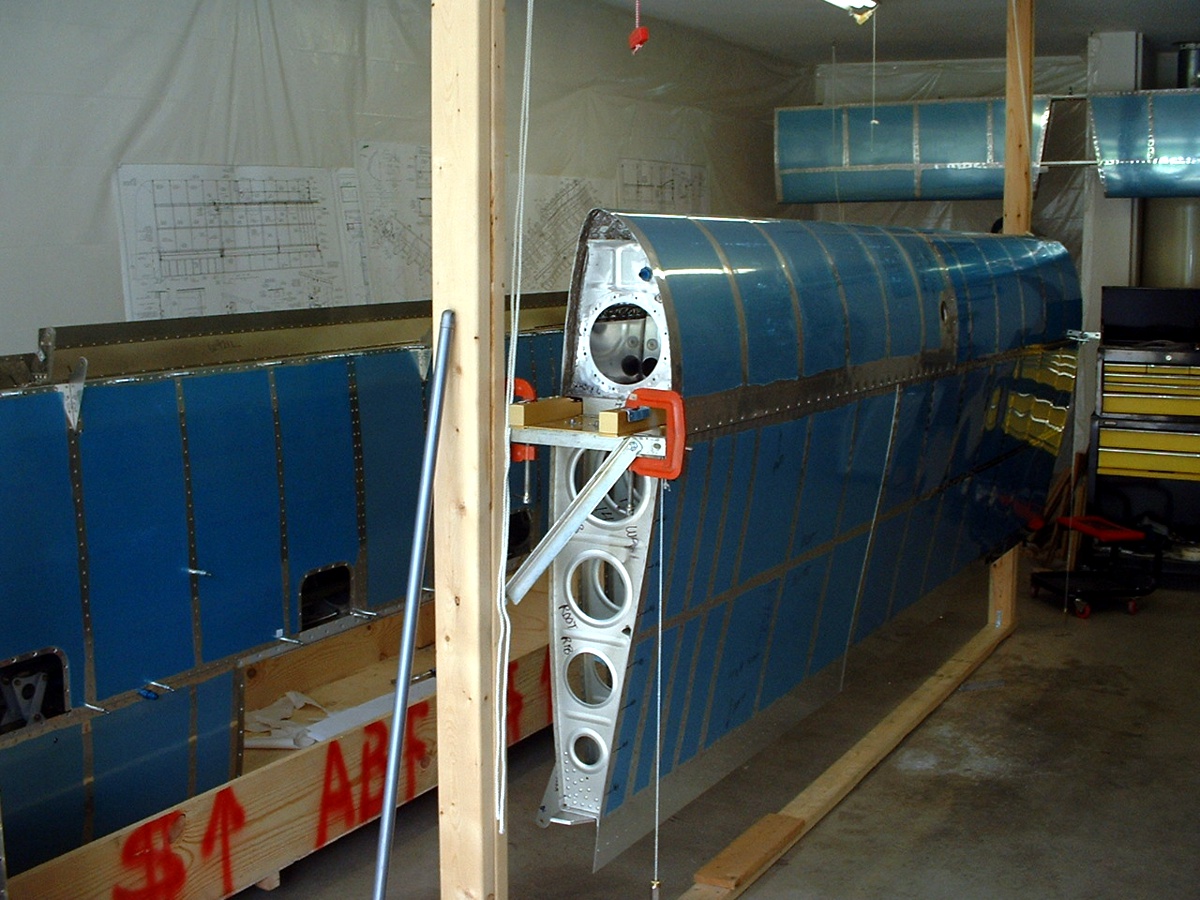 As you can see the fuel tank attachment bracket at the root end of the wing spar is aligned over the bolt holes. 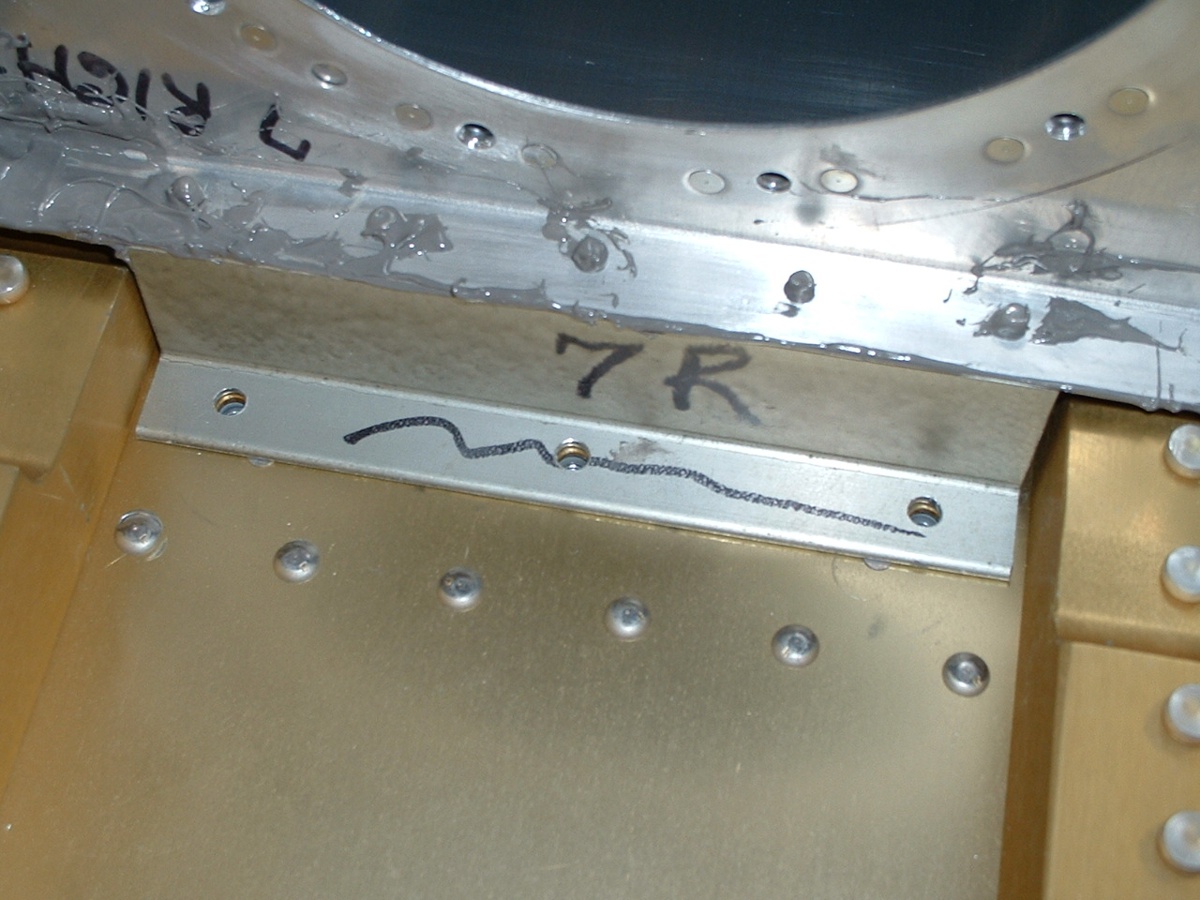 I am putting the flap and aileron fairings on the rear main spar and top skins to get the RIGHT wing ready for the storage cradle.  The remaining work can be done on the cradle or on the work table.  The wing construction jig is no longer needed.   I will be going over to another RV-9A builder's shop to do the final sealing of both fuel tanks and pressure checks when the sealant is sufficiently cured on the RIGHT tank.