June 9, 2005:  When I called Unicom and got no answer, Rich called and he was ignored as well.  We entered the pattern in trail and I lined up this approach.7  Look carefully over that tree beyond the end of the runway.  The VASI was normal on this power off approach.  The RV-9A longer wings only need 75 MPH on the approach compared to the 85/90 MPH high approaches of the RV-6A I flew last week in Oregon with Mike Seager. 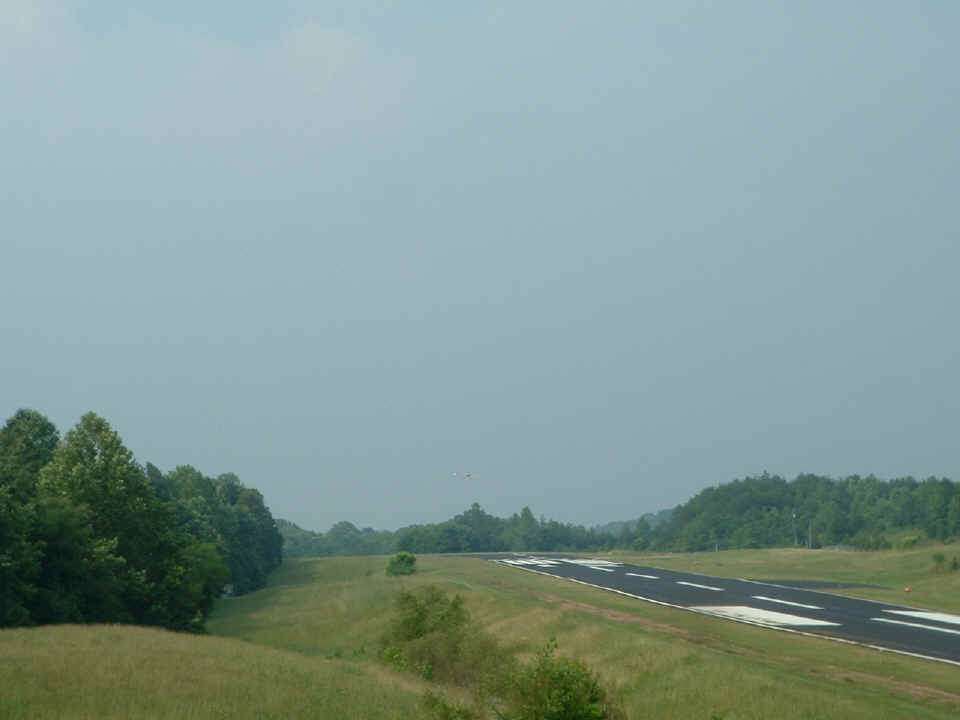 The flight lasted about 25 minutes, but it was enough.  This was a smooth first landing thanks to what I learned in Oregon! 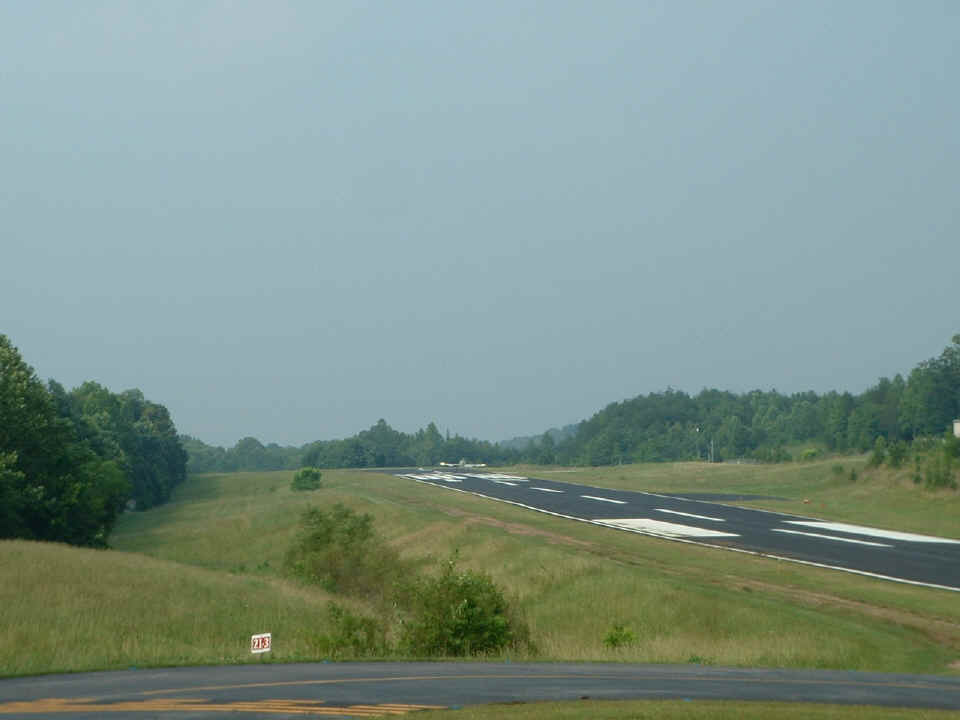 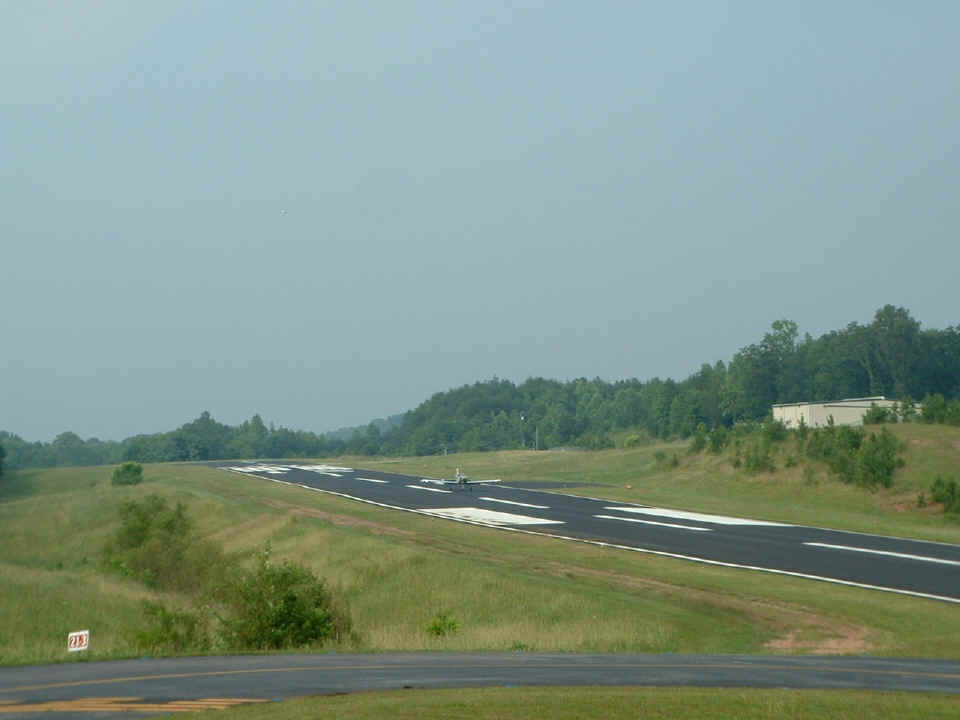 I was able to hold the nose wheel off for a while after touchdown on the runway.  With just me on board, I could definitely tell more stick force was required to overcome the forward CG.  With all the HAZE, I left the landing lights on for the return to the airport.

At this point the airspeed was too low to hold the nose wheel up as you can see by my full-up elevator input.  Right after this was when I realized I landed with the flaps only halfway down instead of full flaps. 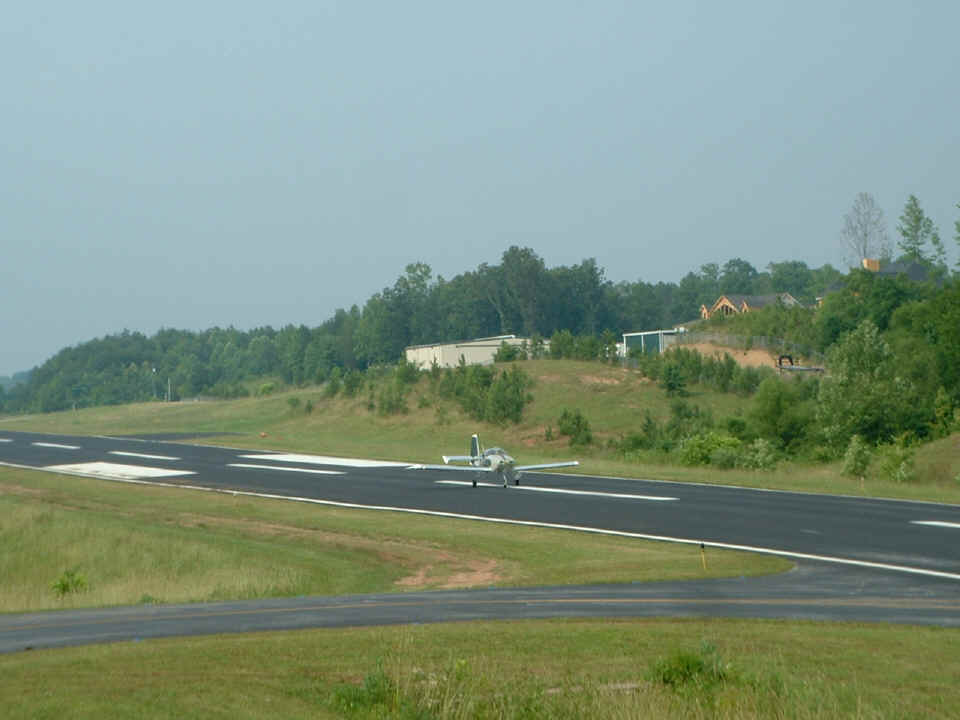 I decided to pass up the first turn off in favor of a higher taxi speed on the runway.  It was quite humid and very warm as this was about 5:20 PM at the time of the landing. 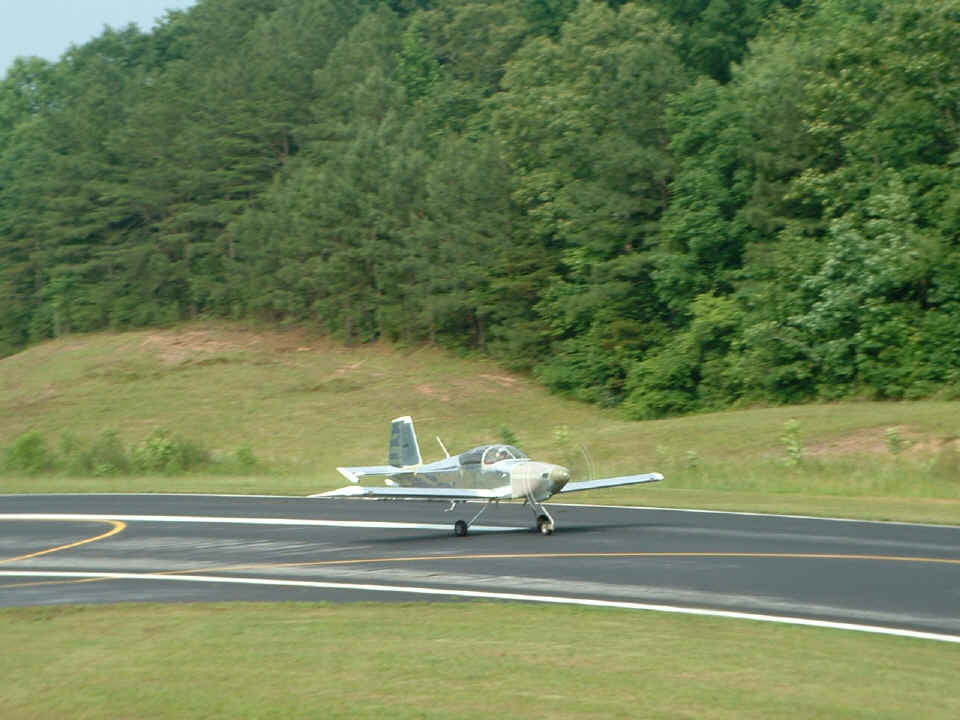 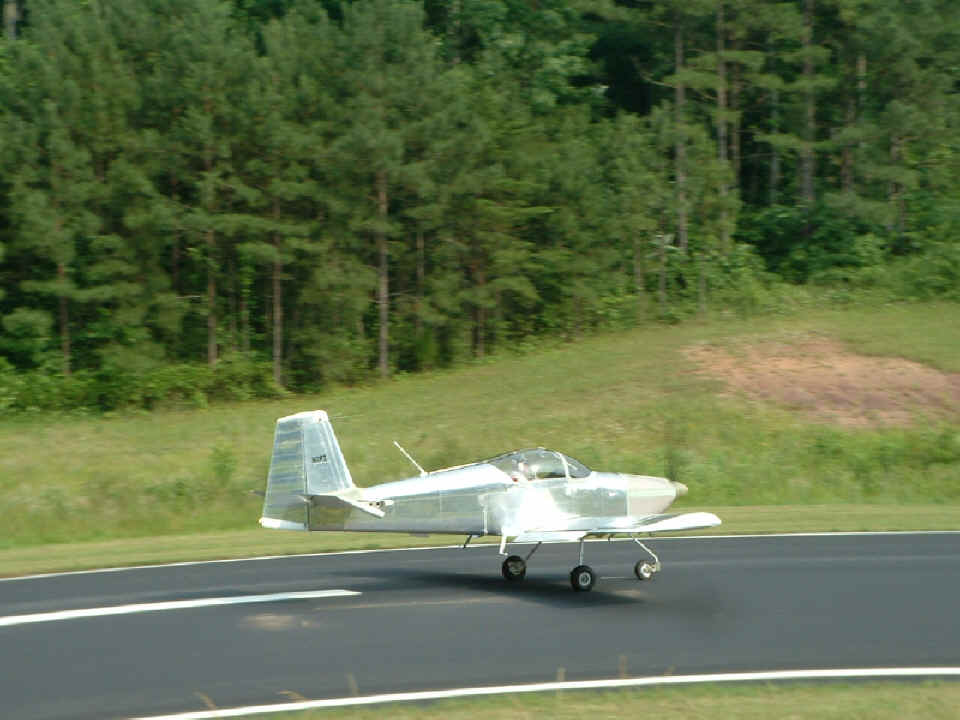 You can see Lowell took this picture from inside his car as I pulled up in front of the FBO office on the ramp. 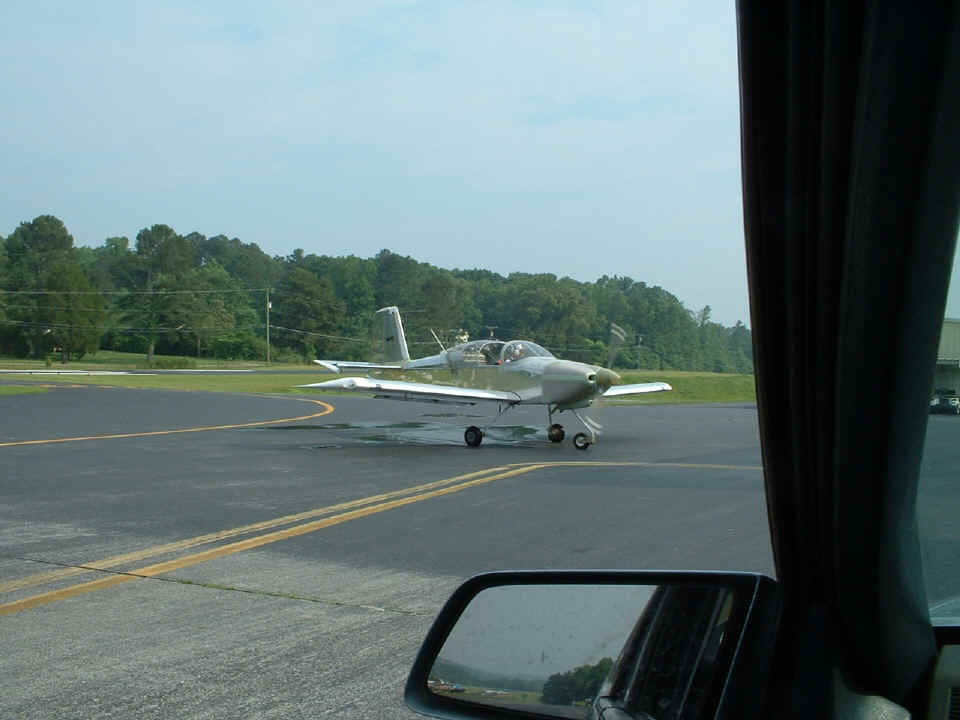 In parking position and ready for engine shut down. 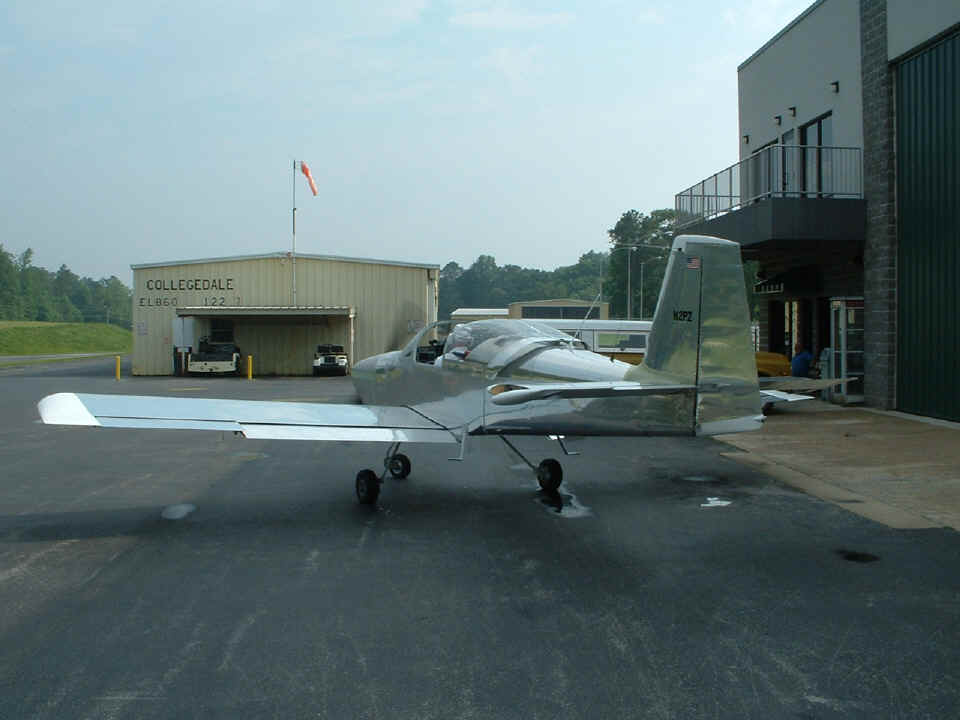