October 14, 2005:  Beautiful Doll was also in our group flying from Fort Worth this morning.  The paint scheme pays homage to a World War II P-51 fighter plane.  Danny King and his wife Martha Jane King worked together to complete this airplane.  When Danny tried to think of a title to put under her name, he came up with "Builder Doll". 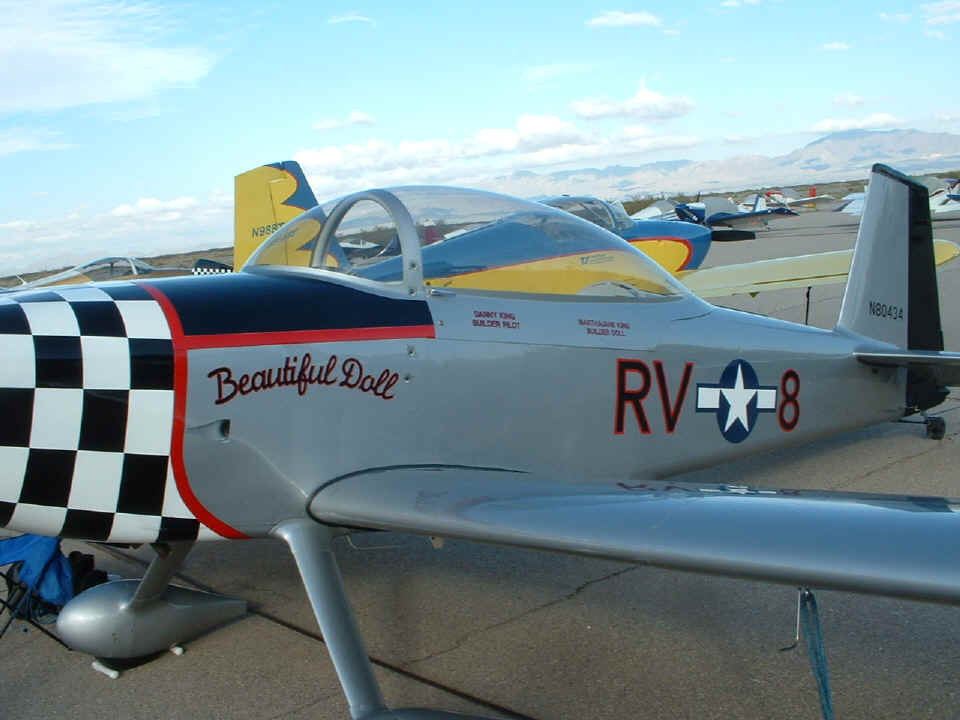 The beer started to flow at 5 PM and the social hour got into high gear.   Rob Reece (holding the draft beer) flew with me today from Fort Worth.  Doug Reeves (on the right) is one of the organizers of this meet. 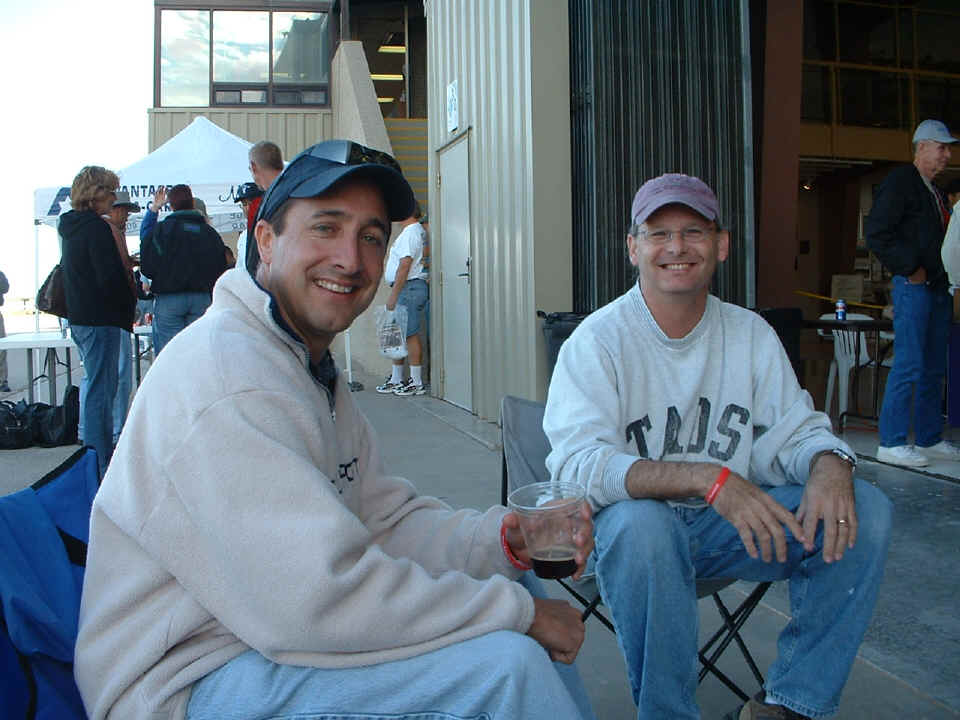 Paul Rosales is a well-known RV pilot from California.  He came in with a flight of four RV's after fighting 30-knot headwinds across Arizona and the western part of New Mexico.  Paul has an interesting day job working for Lockheed at the "SKUNK WORKS" where a lot of exotic top-secret airplanes are developed for the US government.  And yes, everyone calls him "ROSIE".  You can see that Doug Reeves likes his hair LONG. 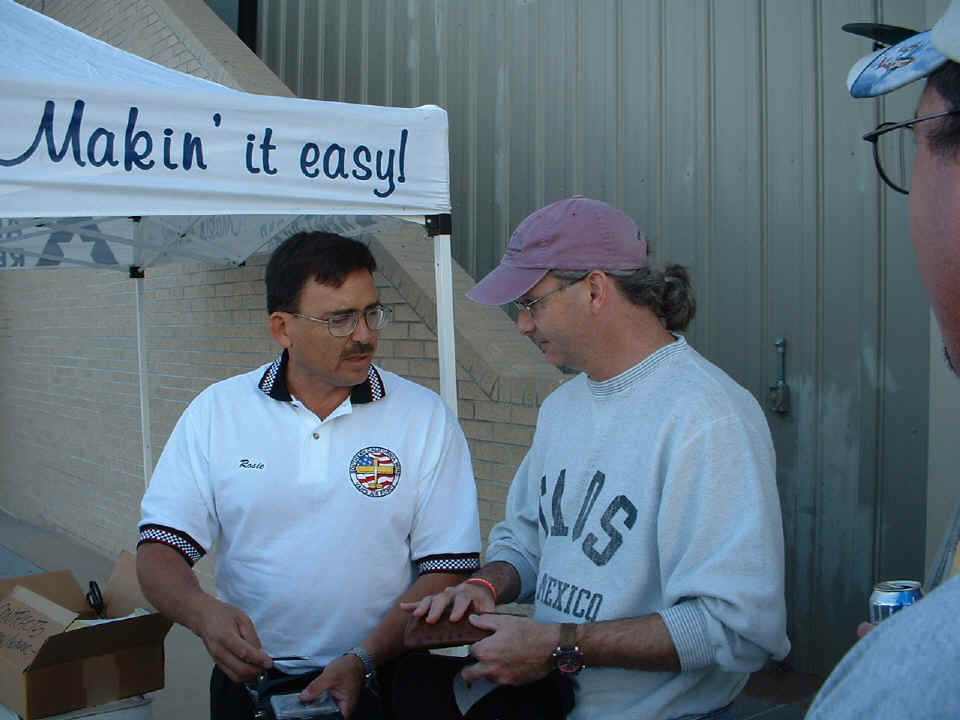 Rosie and Danny King get into a very animated discussion just as I snapped this photo. 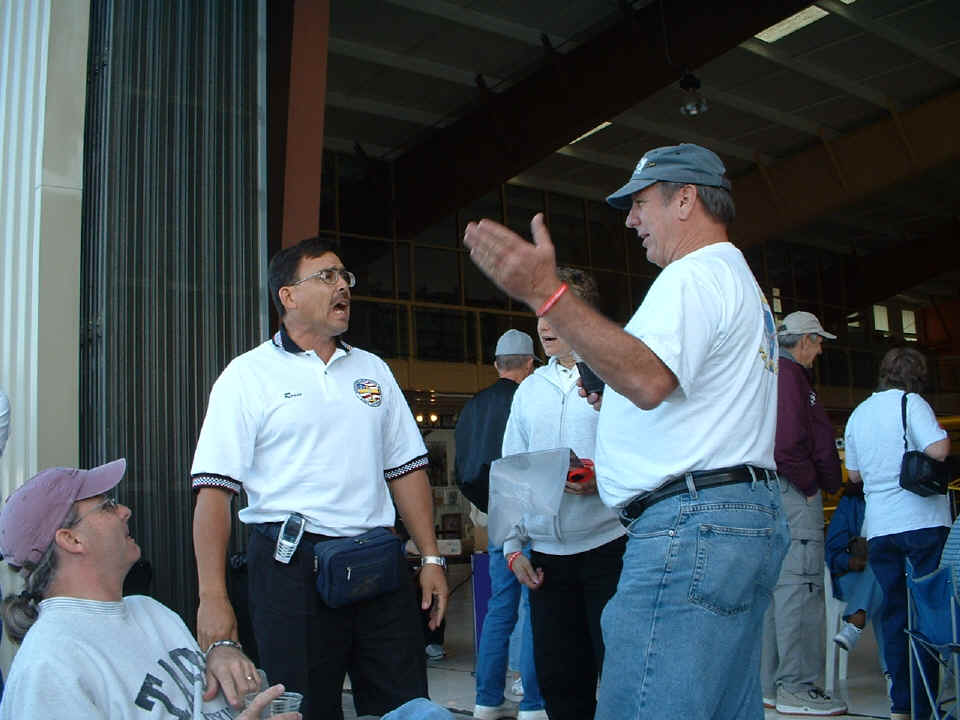 Rosie looks a little more calm in this conversation with Doug Reeves. 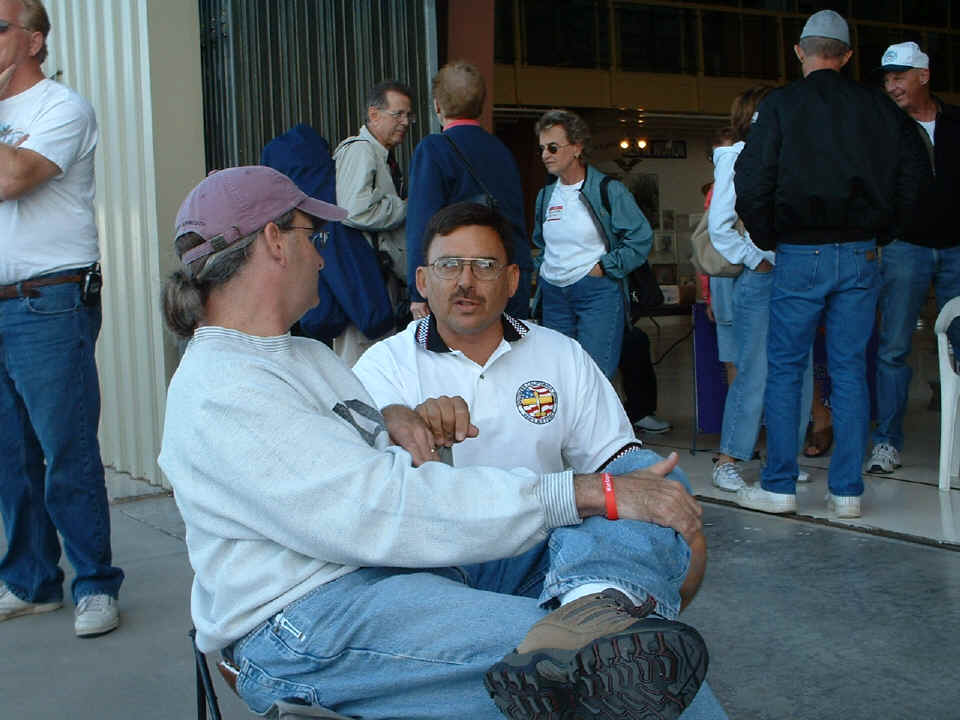 This is the normal pastime with pilots and wives gathering in small groups in folding chairs to swap stories about building and flying airplanes. 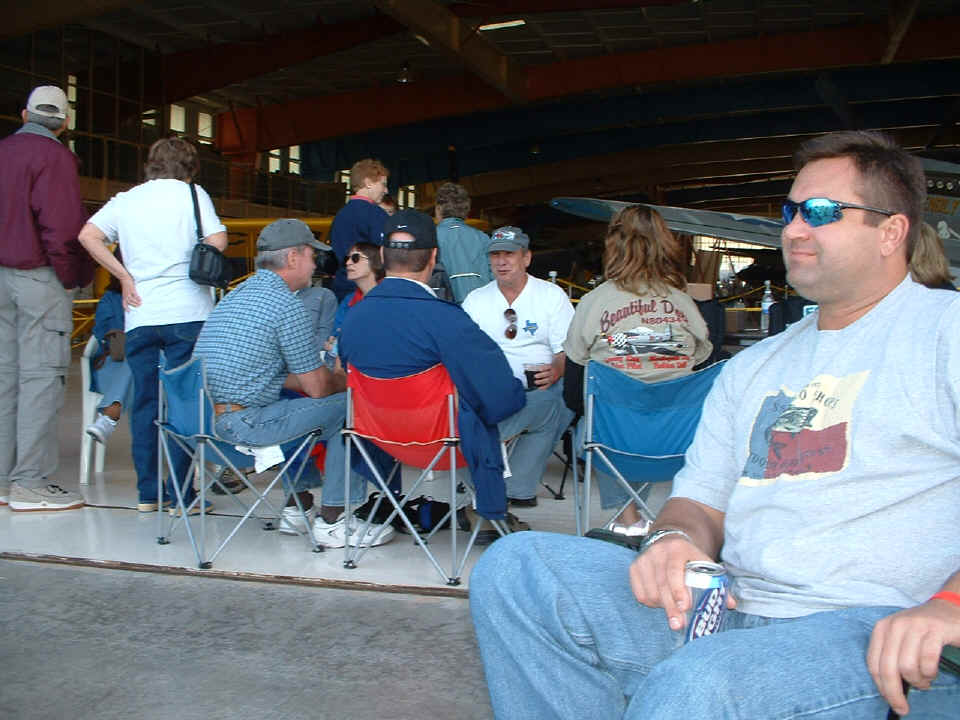 The folks not sitting in groups were lined up near the beer wagon.  A lot more RV's are parked on the north end of the ramp in the background. 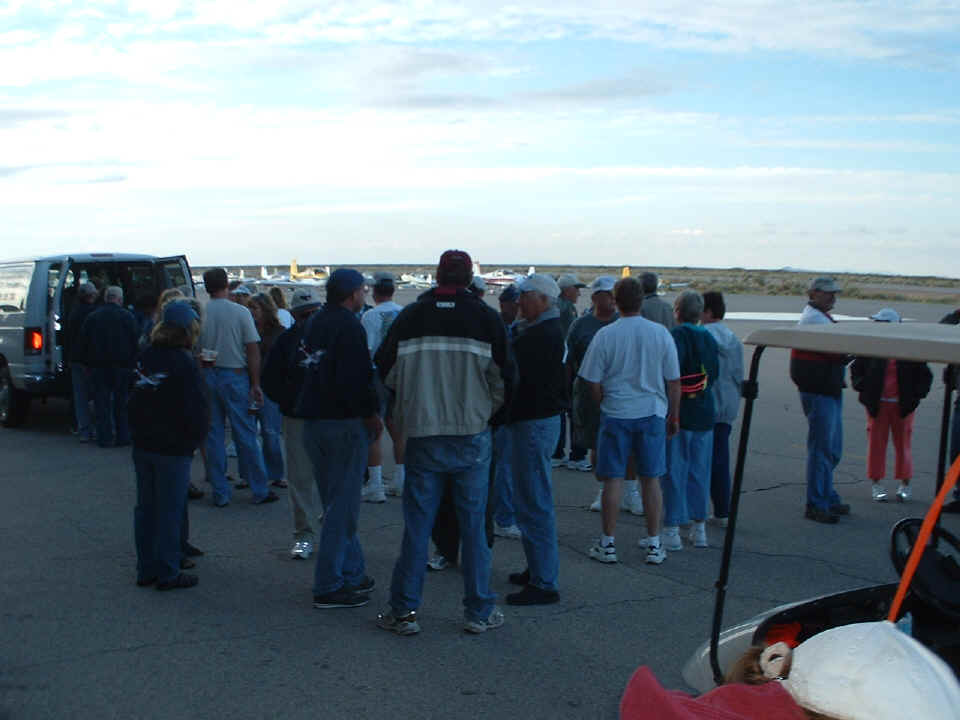 The ground crew escorted every airplane to their parking spots upon arrival using this golf cart. 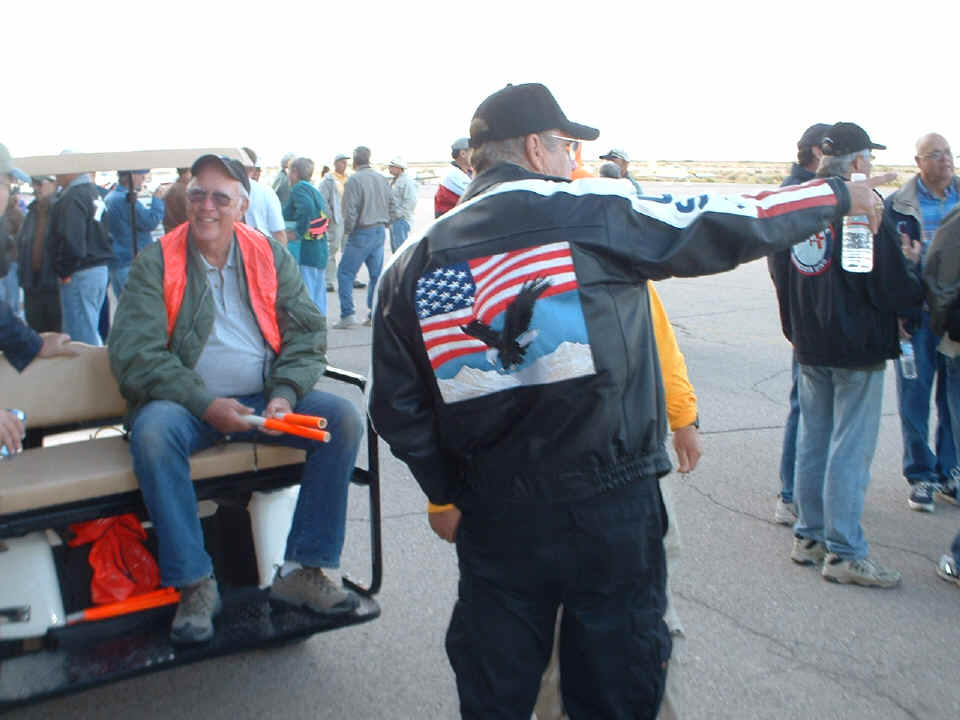