October 16, 2005:  The closer we get to El Capitan, the more details that become visible.  This is rugged terrain with only US 62 and a few farm roads showing any signs of man's influence on the landscape.  You can just barely see highway US 62 near the right side of the photo. 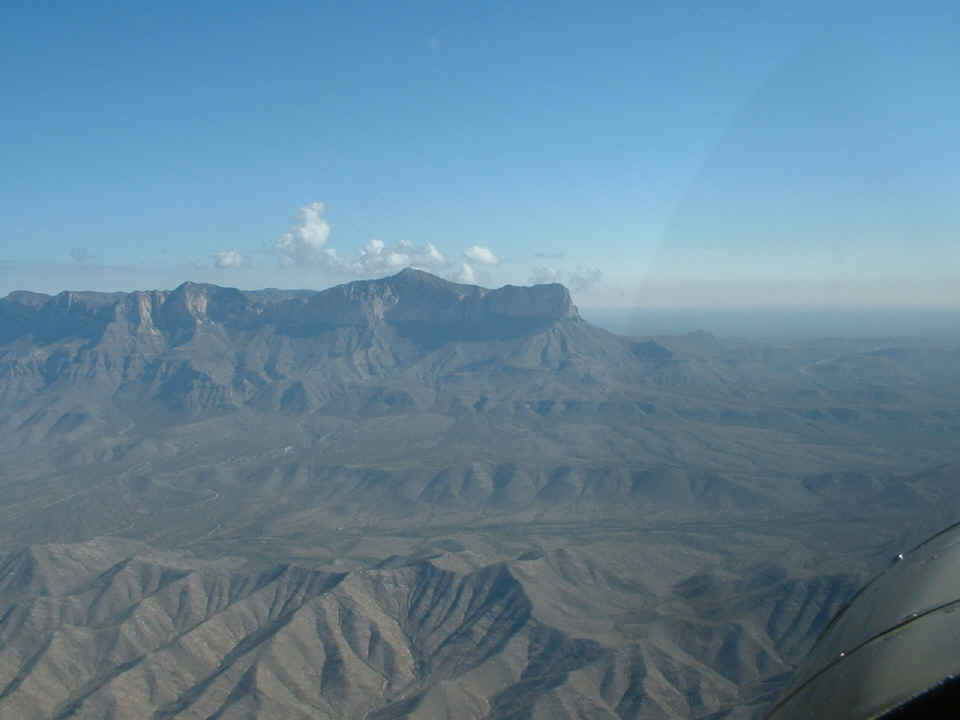 This photo is taken from a distance of about two miles from El Capitan.   Our flight path came no closer than about 1.5 miles from the southern rock face of El Capitan. 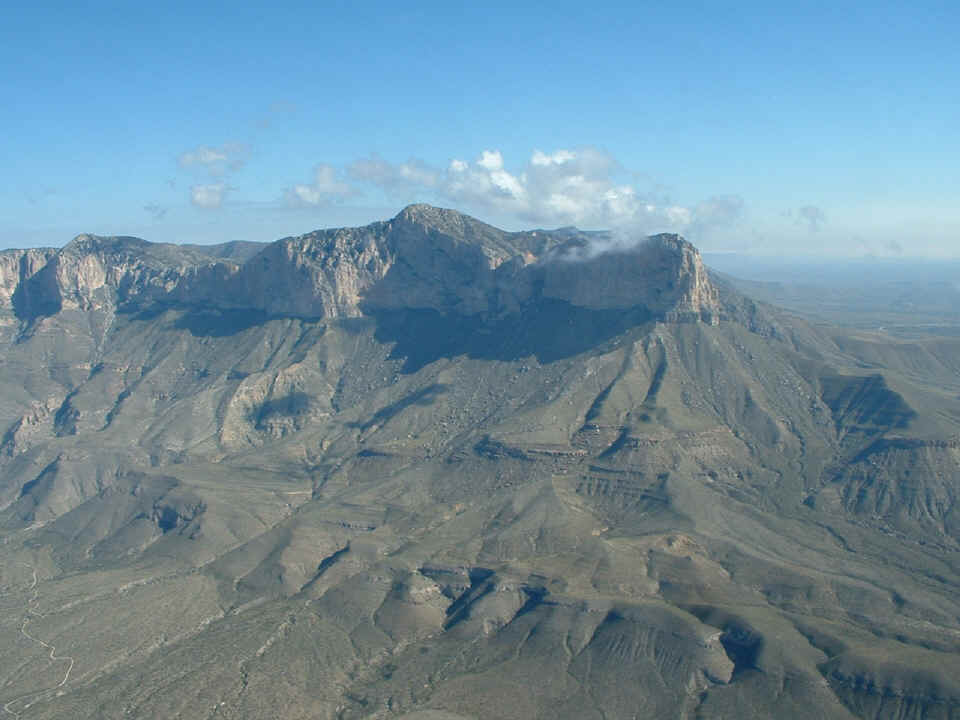 This is the view from our closest approach at 1.5 miles due south of the rock face. 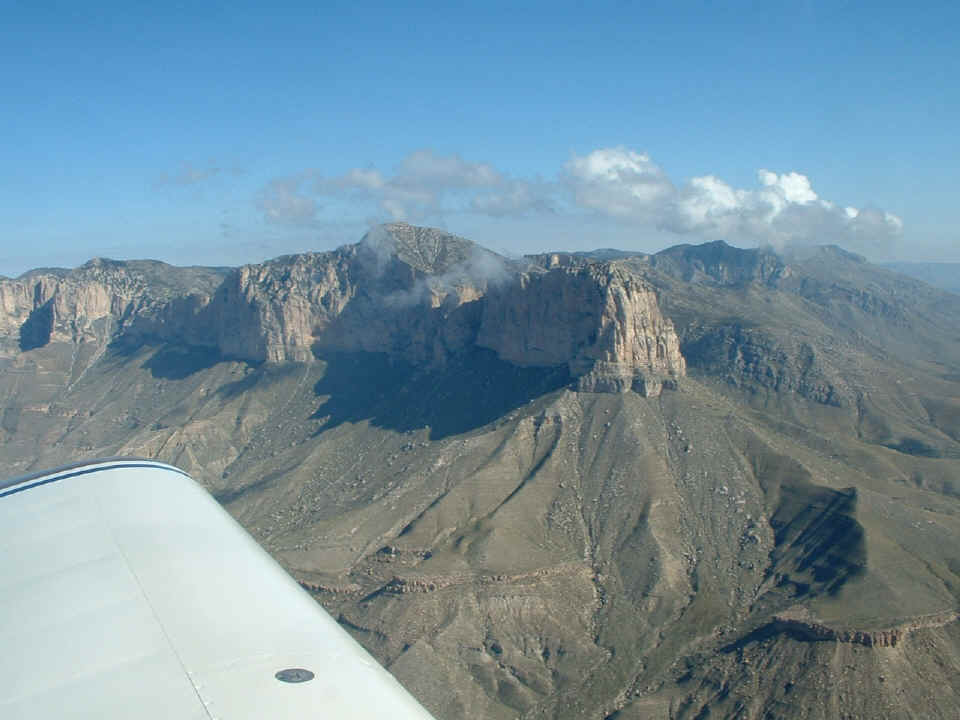 US 62 winds its way though the Guadalupe Pass just south of El Captan.   You can just make out the small settlement known as Pine Springs, Texas just at the "top" of the "S-curve.  If you have trouble finding it, follow the path of the highway.  At the point where you see the highway pass behind a lower peak, look just beyond the peak where the road has curved back toward the right. 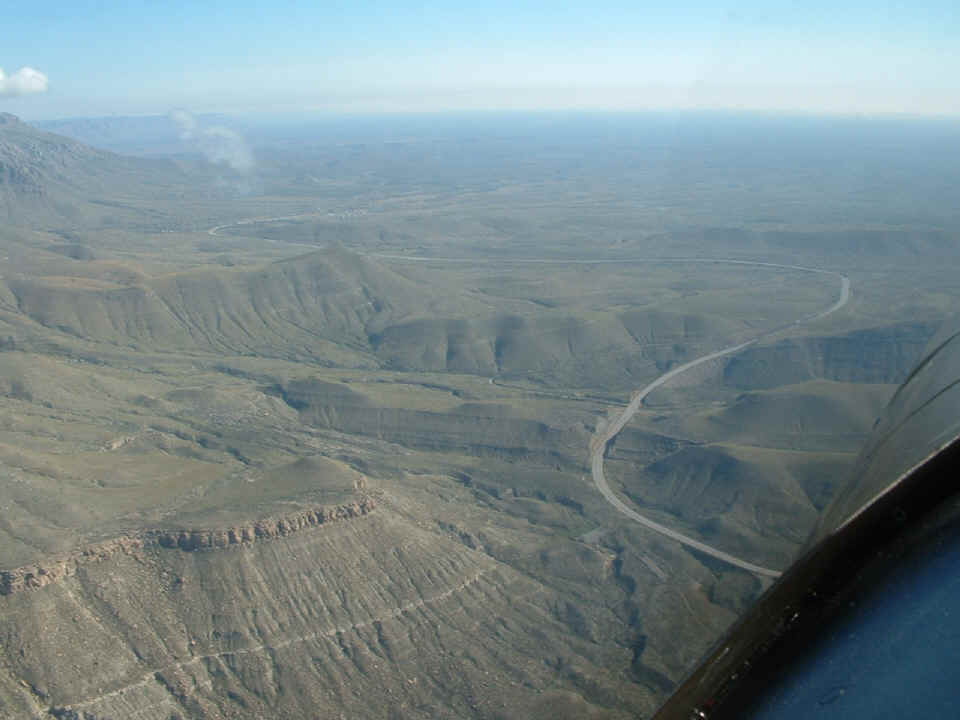 The sunlight and shadows provide a better contrast in this photo.  The tallest part in this photo is actually El Capitan.  The rock face is all that is visible from US 62 to passing westbound drivers on the ground. 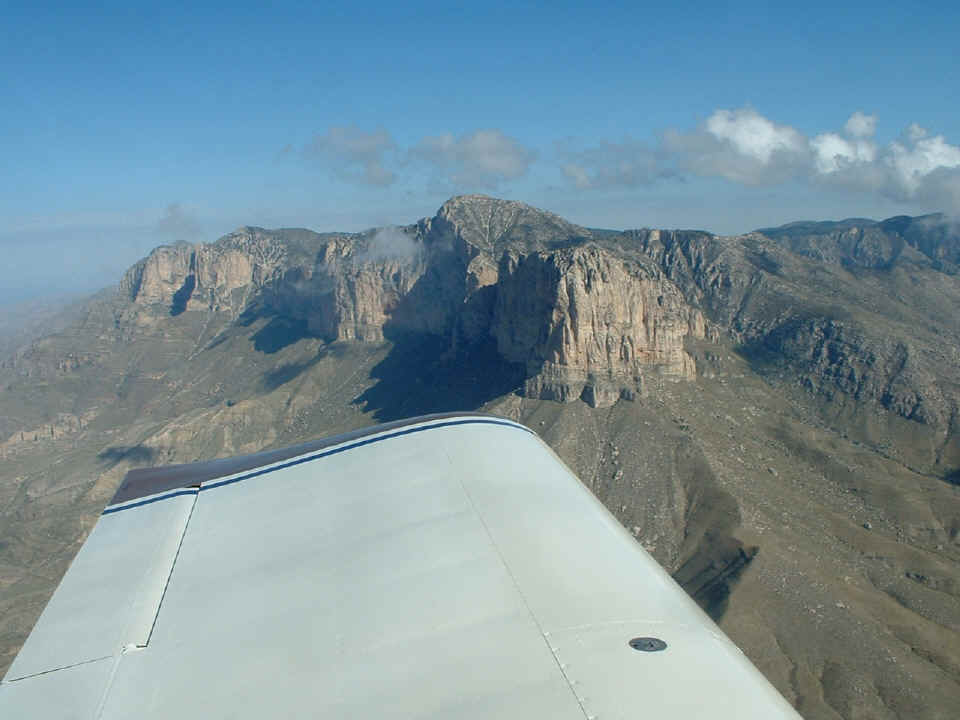 In this parting shot, the peak of El Capitan is partially hidden by a thin cloud between my vantage point and the mountain peak.  You can see the shadow of that little cloud on this side of the mountain. 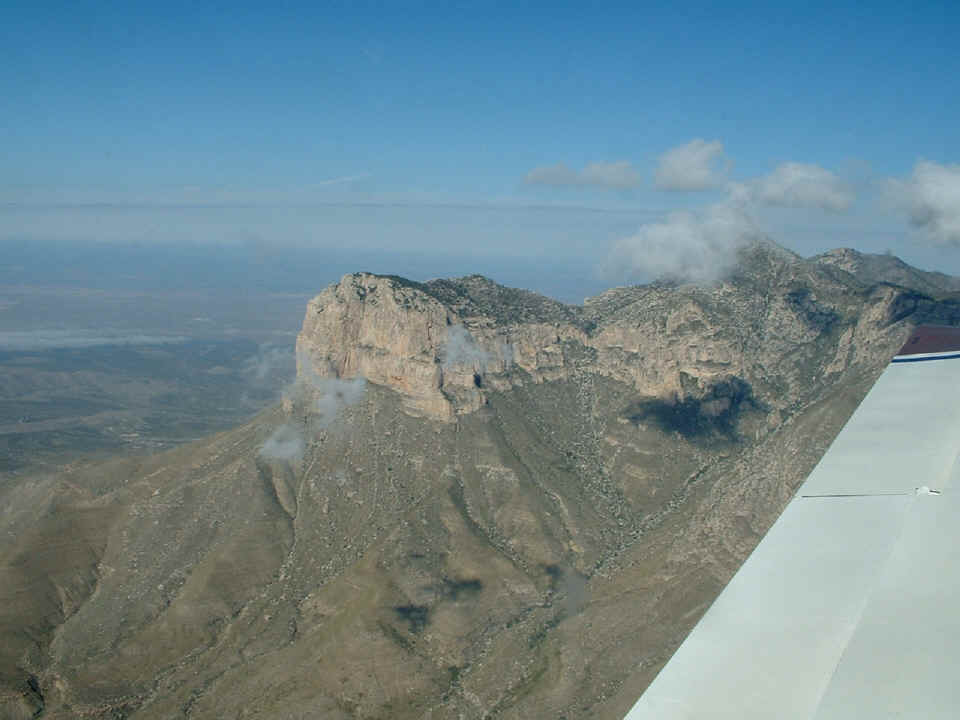 We left the Guadalupe Mountains behind and turned out across the flat lands of New Mexico and Texas for our fuel stop at Andrews, Texas.  You have seen photos of the airport at Andrews earlier on our trip west.  When I was taking off from Andrews, there were two large black herons on the runway.  I had to taxi down the runway until I scared them off, then applied full power for my departure.  After our fuel stop at Andrews, we flew a short 32-mile hop over to Midland Air Park (KMDD) to meet an old internet acquaintance of mine for lunch.  Doc Bryant preferred to stand behind my airplane to conceal some of his very large torso.  Doc tips the scales at over 350 pounds.  Rob took this photo with my camera. 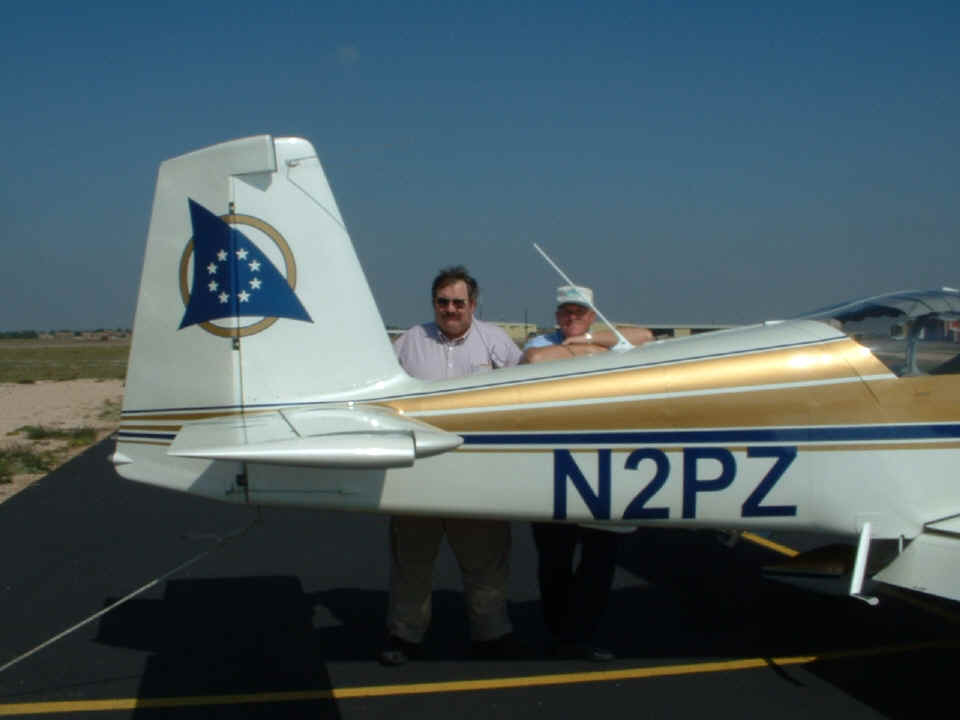 I took this shot as we walked away from the airplane after it was secured to the tie-down ropes and the rudder gust locks were in place. 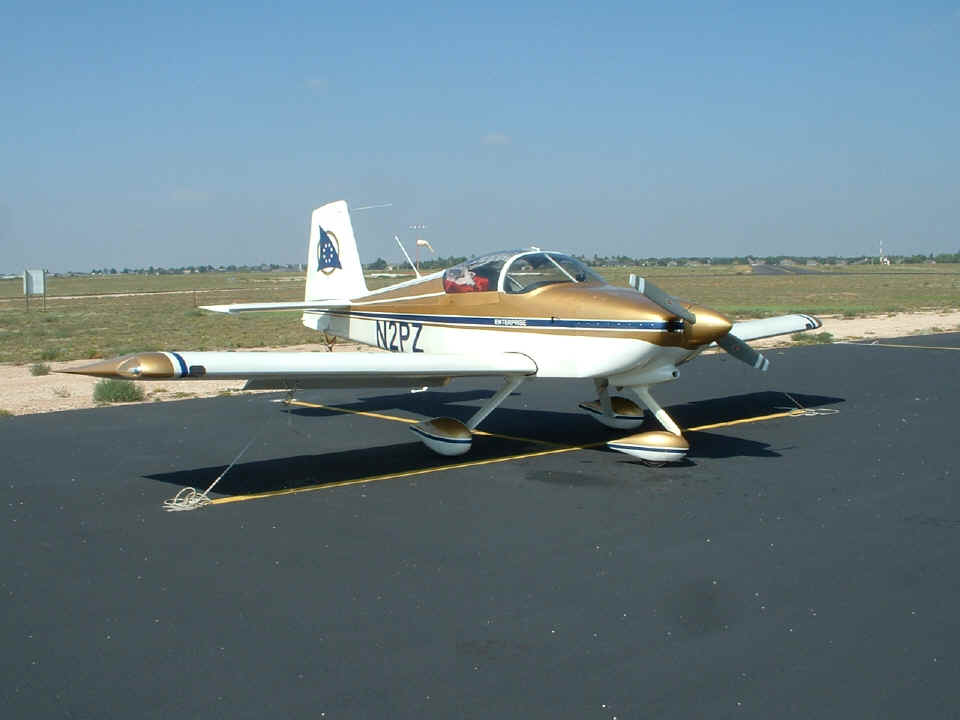 I forgot to mention that a prairie dog ran across the end of the runway as I was about to touch down on the runway.