October 5, 2008:  We turned away from Chattanooga and crossed the mountain ridge at "Skillet Gap" just across the river behind us from the Moccasin Bend area.  Marty took this photo on the right side of the airplane showing the river on its first turn downstream from the city. 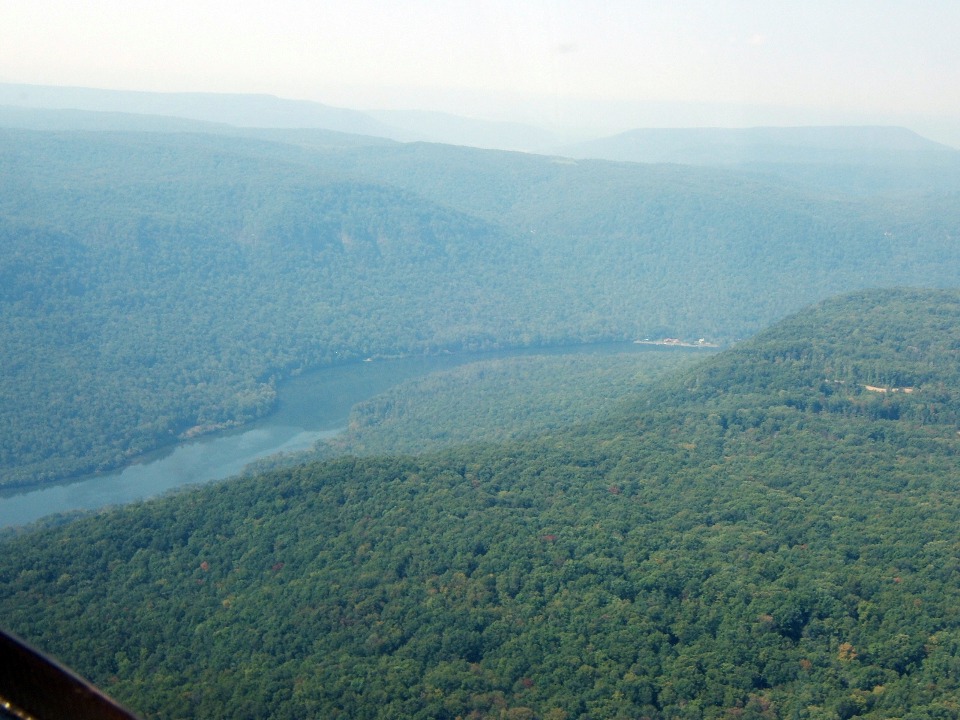 Marty also took this photo a few seconds later as I completed the turn over the river and followed it on a SW heading.  The exposed granite face close to the airplane is called "Pot Point" with the Prentiss Cooper State Forest and Wildlife Refuge extending to the west from this area.  The Raccoon Mountain Reservoir is again coming into view at the left edge of the photo as we continue downstream on the Tennessee River. 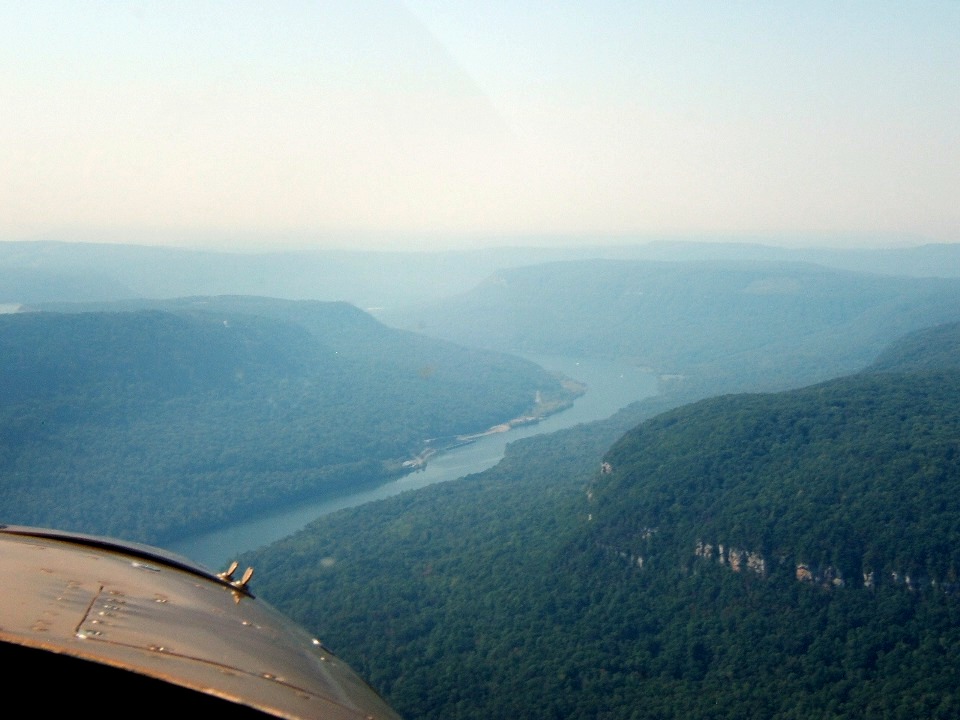 I took this photo from about a mile away while flying southwest over the Tennessee River.  This was about the time I noticed my flaps were down a few degrees and pulled them up into cruise flight position . 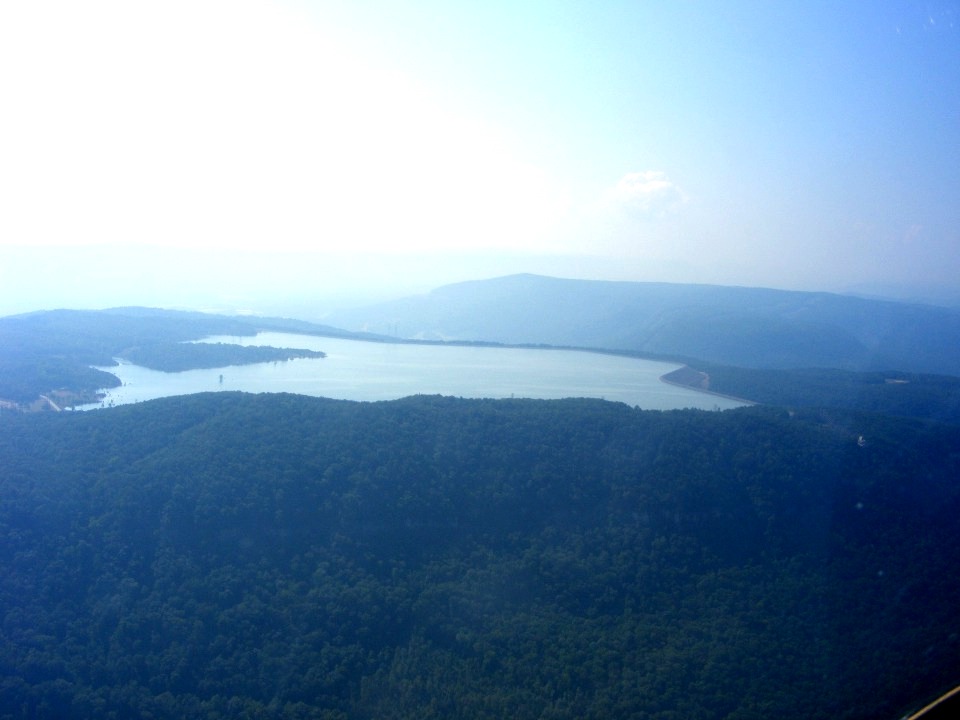 The next shot is about half a mile out and shows the reservoir dam near the right side of the photo.  That is Grindstone Ridge on this side of the reservoir from my location.  There is an access road to this facility from US 41 west of Interstate 24 past the Tiftonia area. 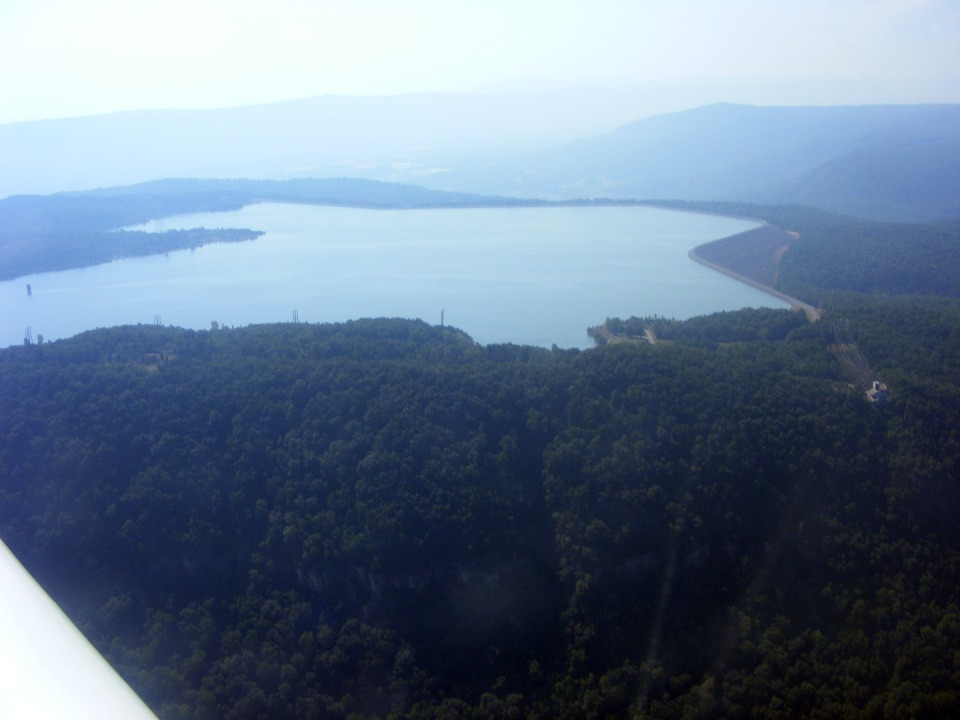 Marty got this shot just past the Raccoon Mountain Reservoir as we passed Hicks Mountain seen on the right side of this photo.  At this point on the river, it changes course toward the west briefly as US 41, 64, & 72 joins up on the south shore to follow the river.  The gap in the trees beyond the sandy shores hides the highway from direct view except for one location. 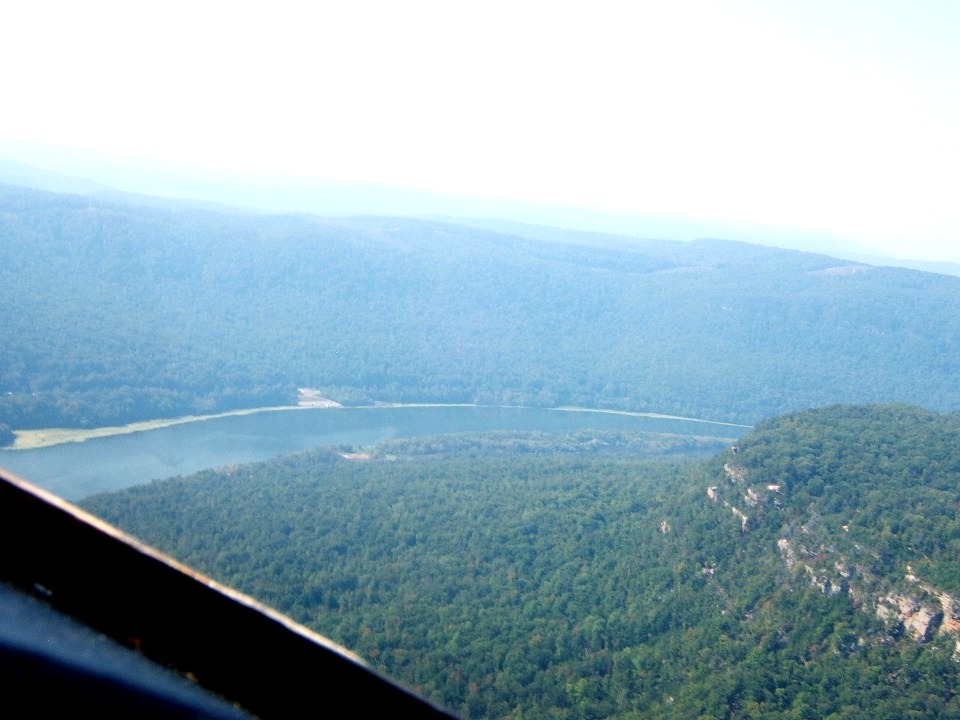 As we rounded the bend in the river, I descended down to the level of the mountain ridge tops.  The amount of haze in this photo attests to the lower altitude as Marty pointed his camera down to Mullins Cove Road on the north side of the river.   The road is hidden most of the way under the canopy cover of the forest.  This is very near the location of the old Kelleys Ferry site. 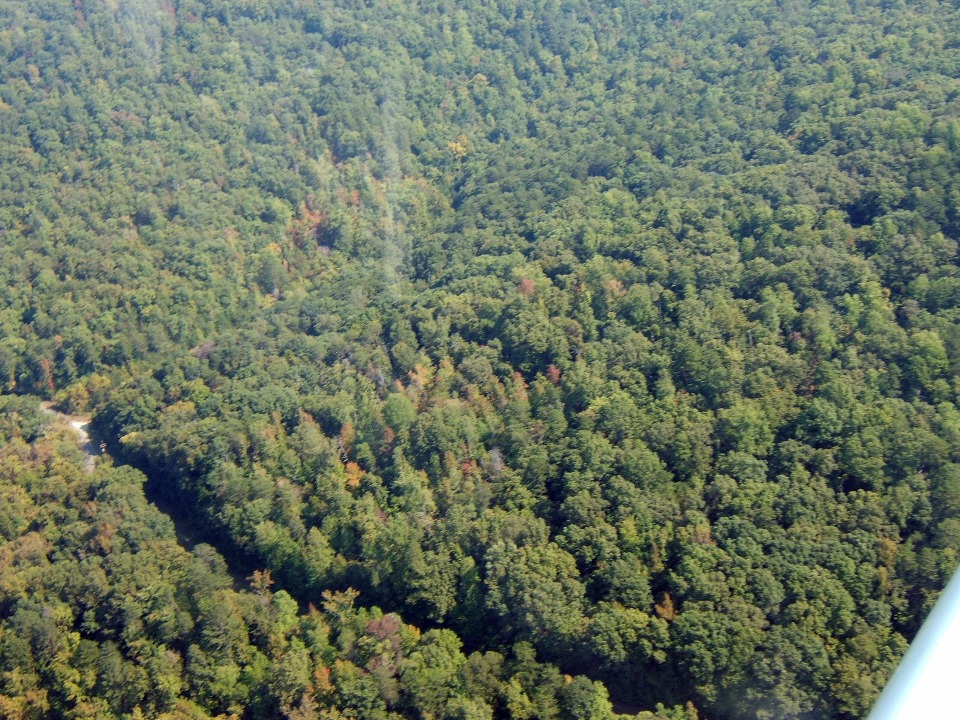 Around the next bend in the river, we were flying north when Mullins Cove came into view.  Marty took this photo.  This is also a great part of the river where fishermen catch large mouth bass.  Mullins Cove Road continues to be mostly hidden by the forest. 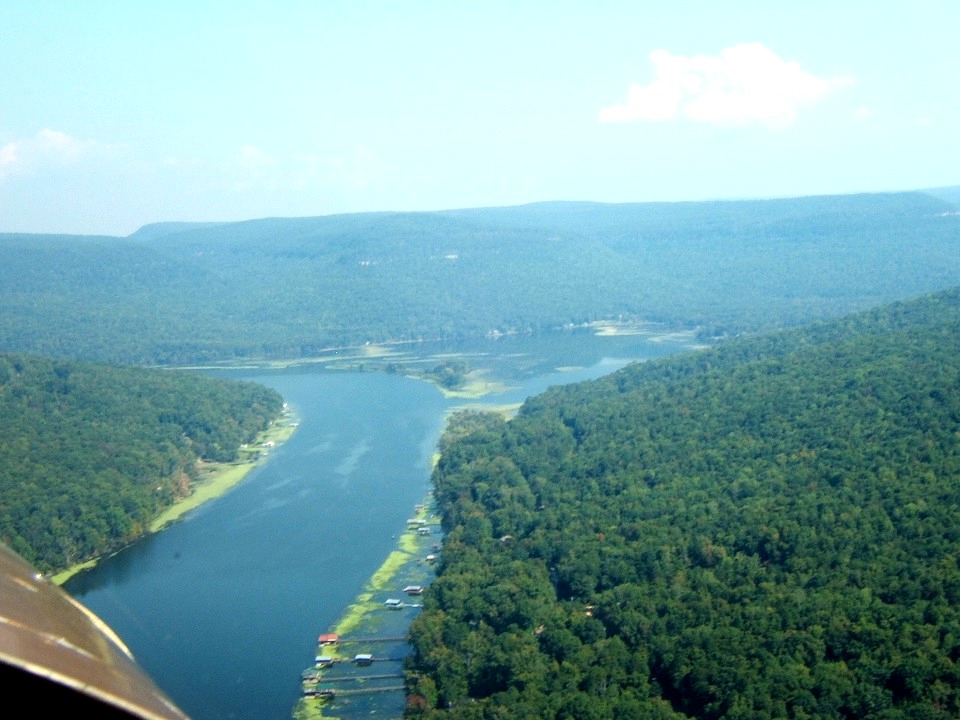 We flew around the next bend in the river seen in the photo above.  The highway that is US routes 41, 64, and 72 was about half way up the mountain on the left side of the airplane.  The forest there is thick enough that I never knew until today how high I was driving my car above the river.  The highway is just barely visible in the lower left corner of the photo below.  The rock quarry on the right side is located in an area called Bennett Lake.  They were cutting large blocks of granite from the quarry and putting them onto river barges for transport. 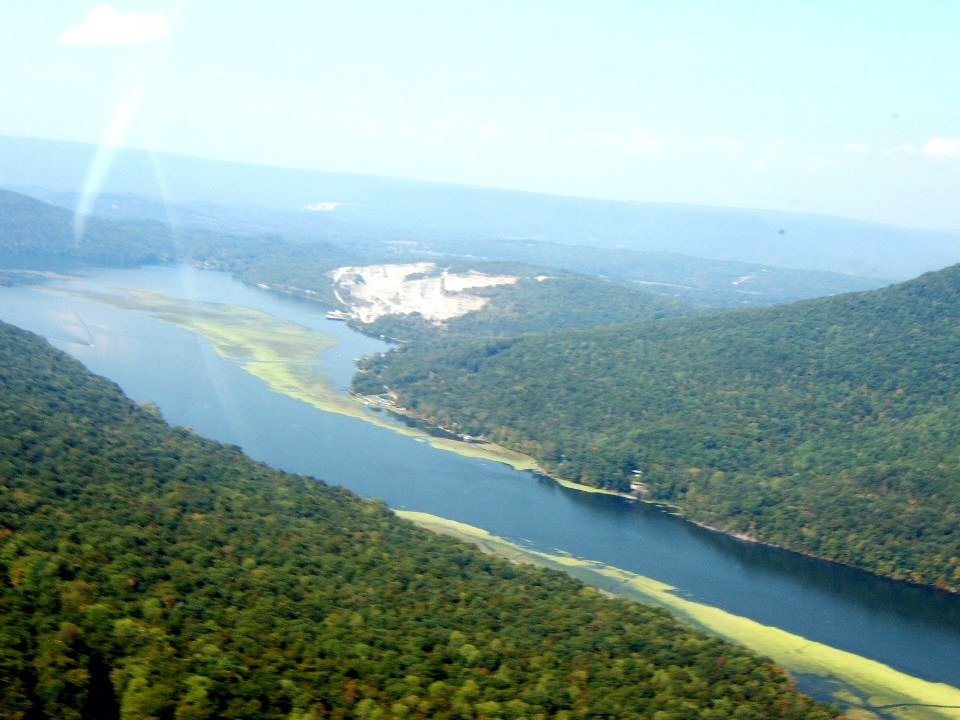