April 9, 2009:  The trip home from my business travels allowed a couple of hours to see the new Air & Space Museum near the Dulles Airport in Virginia.  One of the airplanes that dominates the view as you enter the main hall is the B-29 Enola Gay.  This is the first airplane to drop an atomic bomb near the end of World War II.  The airplane is elevated on steel stands to save floor space for other WWII exhibits.  A Lockheed P-38 is in the foreground, with its paint in original weathered condition. 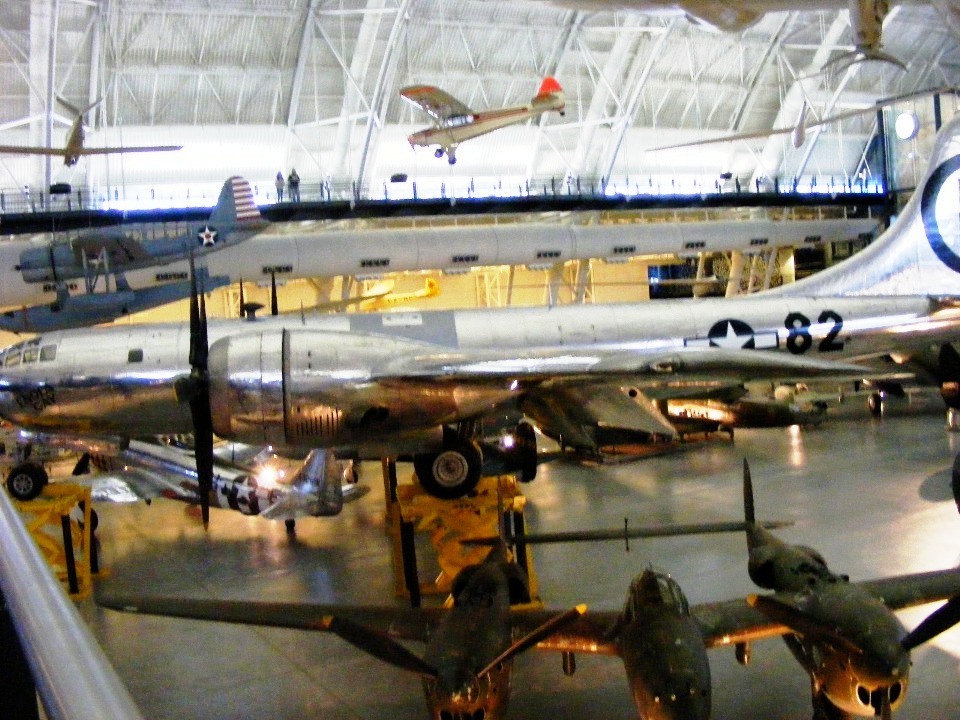 I panned the camera to get a view aft of the B-29 revealing a British Hawker Hurricane and part of a P-61 "Black Widow" night fighter.  The belly of the airplane at the top of the picture is a US Navy F-6F5 Hellcat to be seen in a later photo. 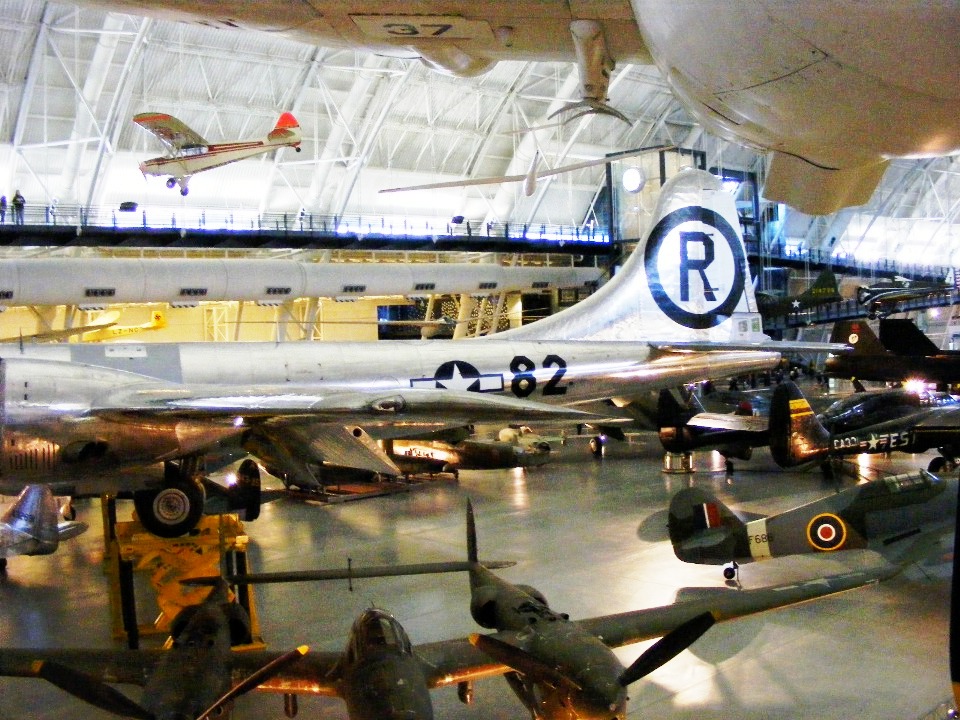 I wanted to focus on the P-38 in this photo.  If you are regular viewer of this web site, you may recall my ramp photos of the P-38 "Glacier Girl" at Oshkosh 2005.  She was restored to factory fresh condition.  This P-38 shows the wear and tear of war and a weathered appearance. 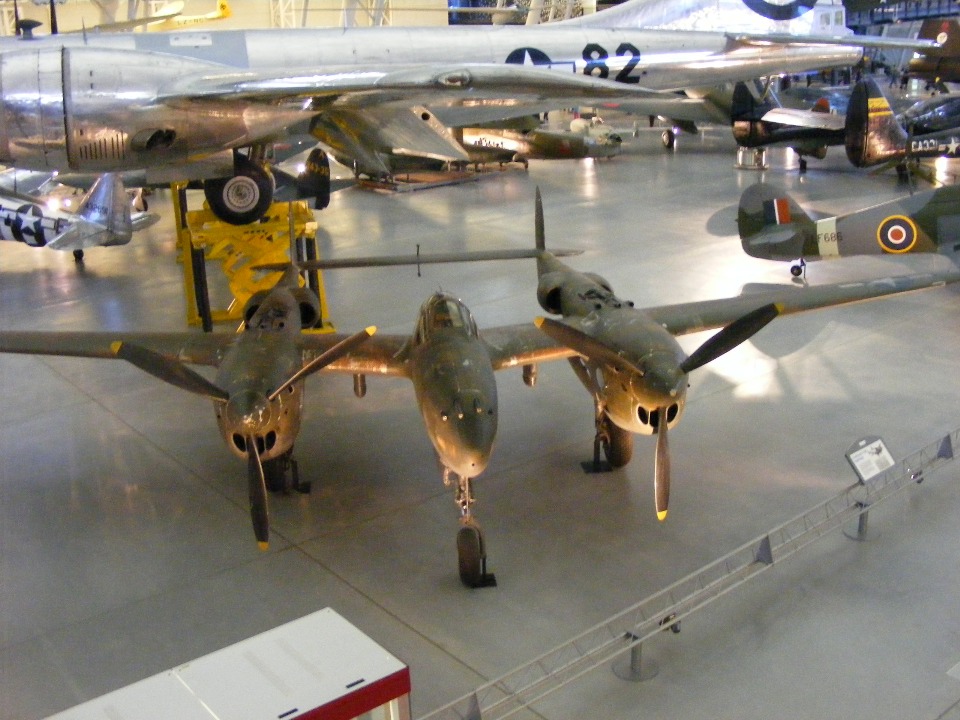 Here is the Grumman F-6F5 "Hellcat" shown in factory fresh appearance.  This was the first US Navy fighter with the power to match the Japanese Zero in the Pacific sea battles.  The photo also shows the entry level bridge I am on that crosses the main exhibit area. 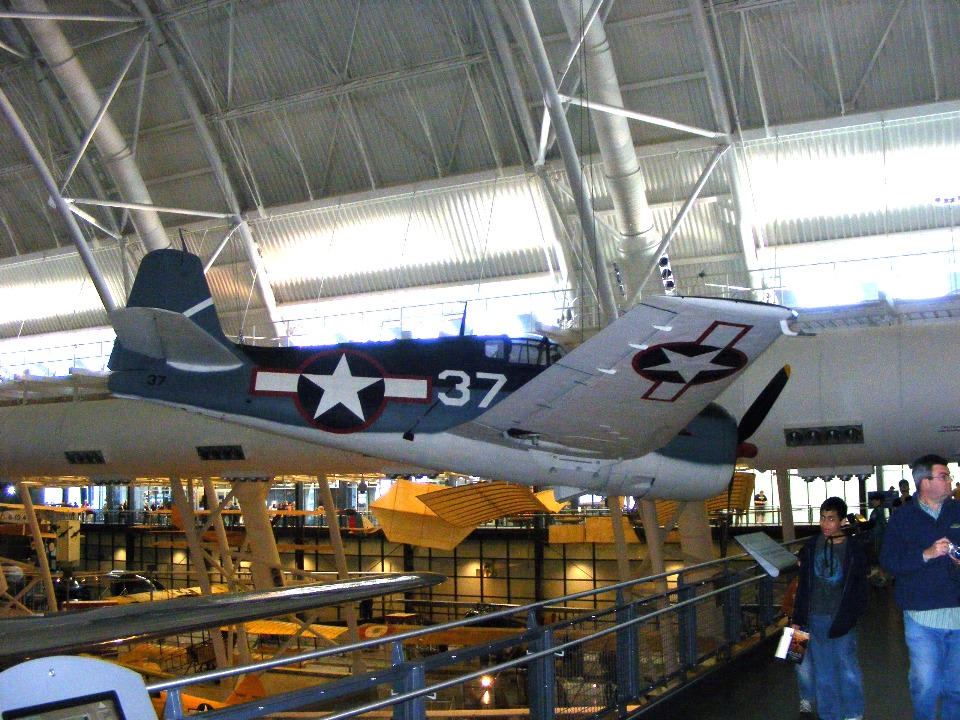 The bridge also gives an excellent closeup view of the nose of the B-29 "Enola Gay" to see many details.  I made one visit to the main Air & Space Museum in Washington when the nose portion of the fuselage was on display there.   This airplane could not be fully reassembled for exhibit until this new facility near the Dulles Airport was completed. 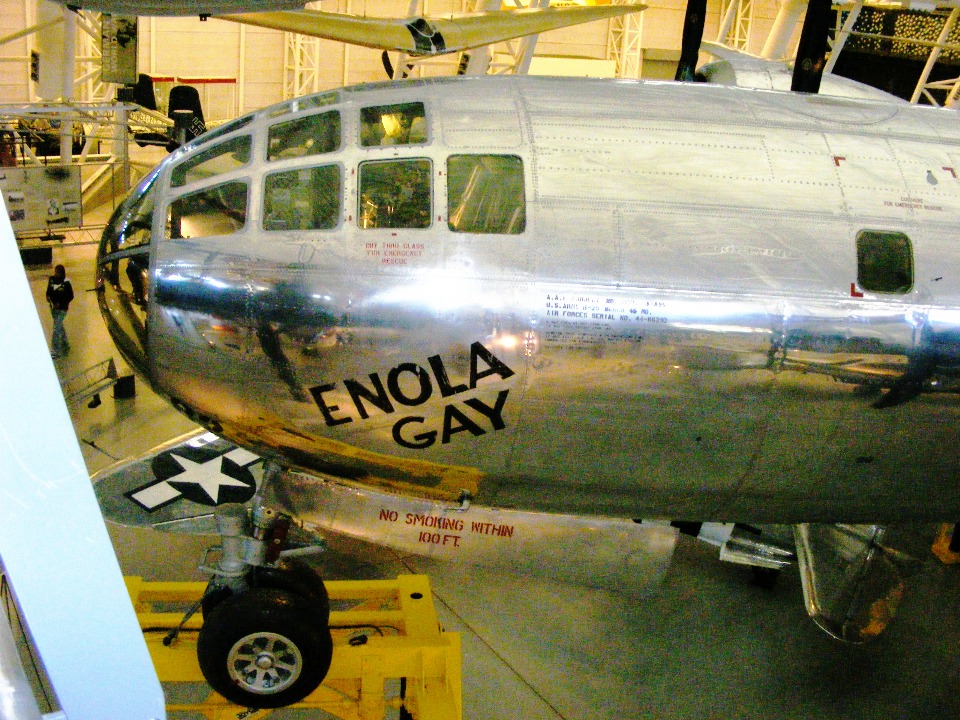 The B-29 pilot, co-pilot, and bombardier positions are illuminated for viewing from the elevated walkway.  The Enola Gay is configured exactly as it was on its historic mission of August 6, 1945.

On the other side of the walkway, the Boeing prototype for the model 707 and the KC-135 USAF jet tanker is seen.  Boeing used this airplane known as the "Dash 80" as a factory test airplane for many years. 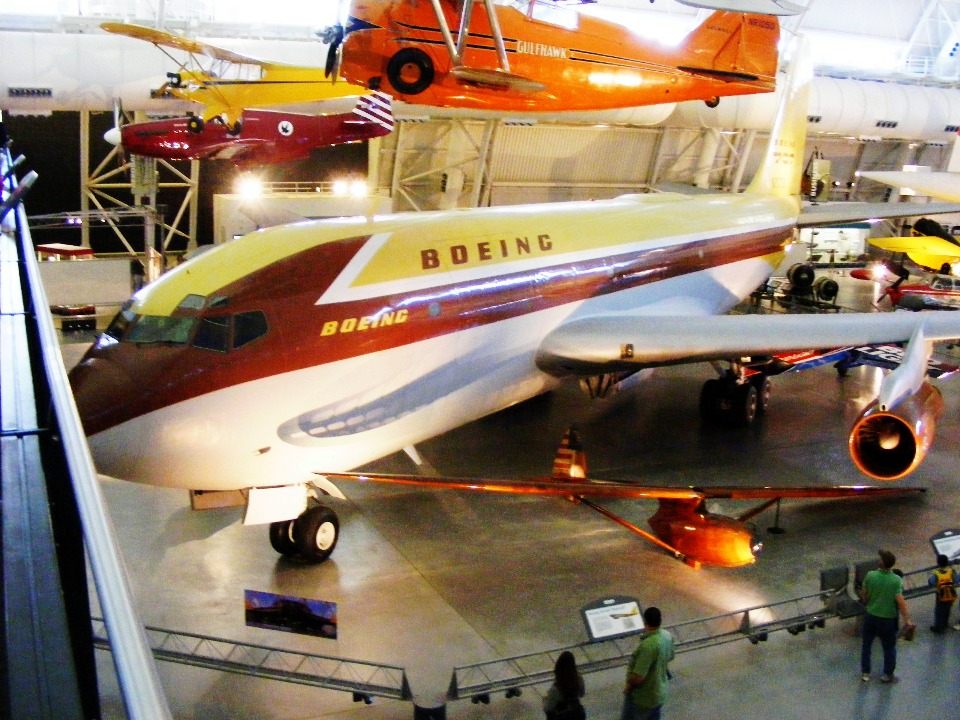 The other dominant exhibit on this side of the main exhibit hall is this Air France supersonic Concorde.  These airplanes would travel to and from the Dulles Airport just outside this exhibit hall.  This photo contains three historic jet airplanes.  The Concorde dominates this scene by its size and its very low-drag design.  Above and to the left of the Concorde is an early Lear Jet which brought business travel into the jet age in an affordable size that could get into many general aviation airports and have a useful range.  The other jet of note here is in the background, hanging from the roof in the background.  More about it on page 297. 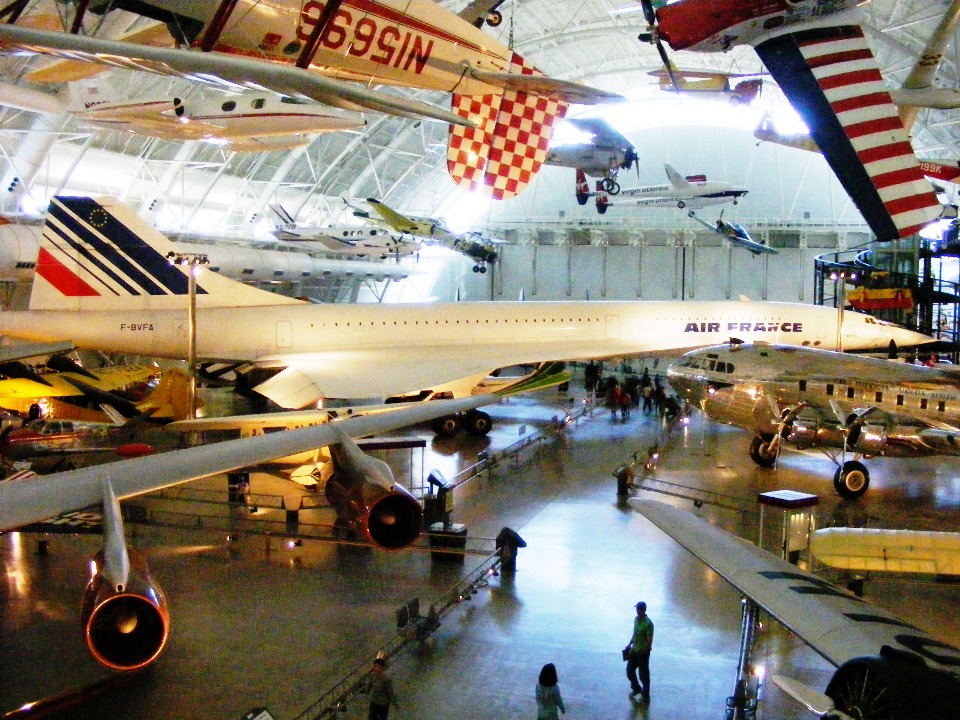