October 22, 2010: Here are more photos along Beach Boulevard in Waveland, Mississippi along the shore of the Gulf of Mexico.  This photo is looking WEST and shows a pier and the public beach.  The county operates a road grader on the roadway to keep the blowing sand at bay.  Folks up north know what this about in the winter, only they call them snow plows. 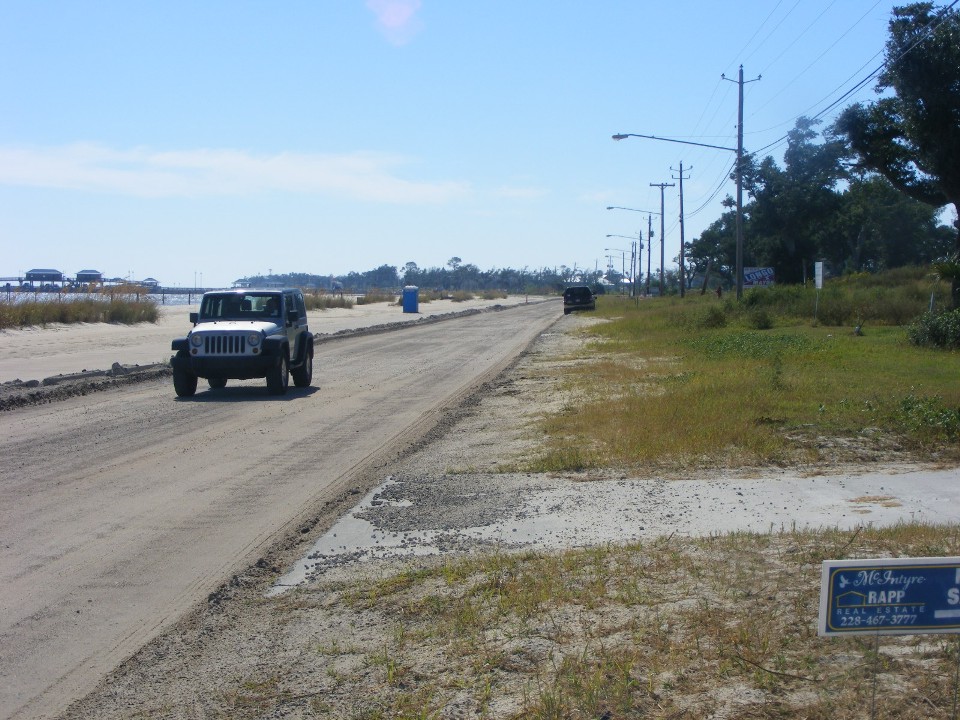 This view is looking EAST from a point to the west of my first photos on the previous page. 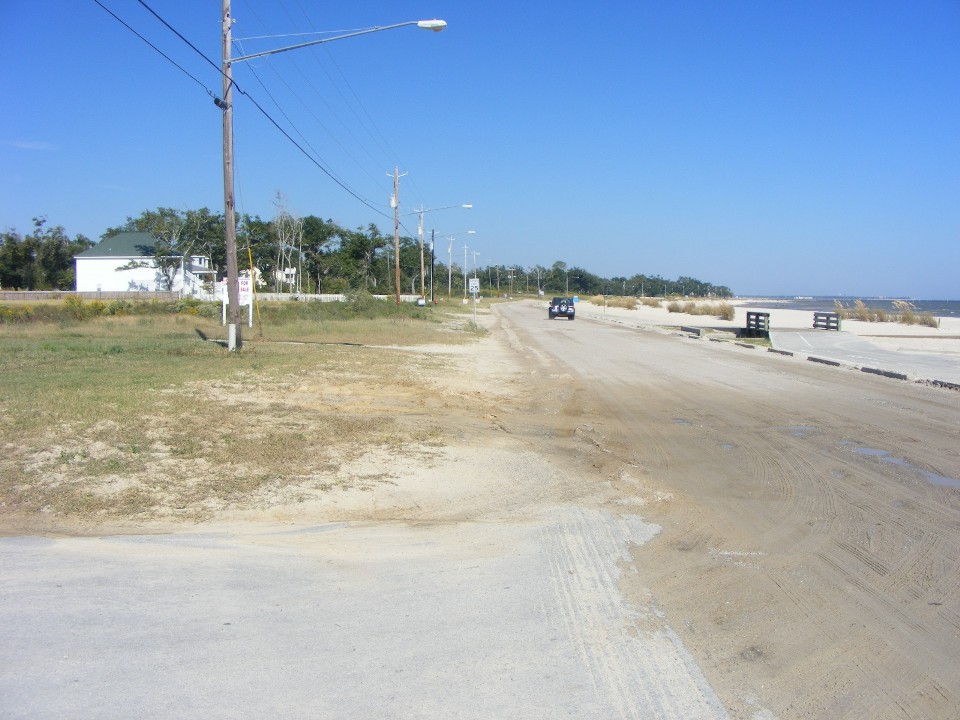 There are more empty concrete slabs and new homes set back a good distance from the beach, built on pilings as before. 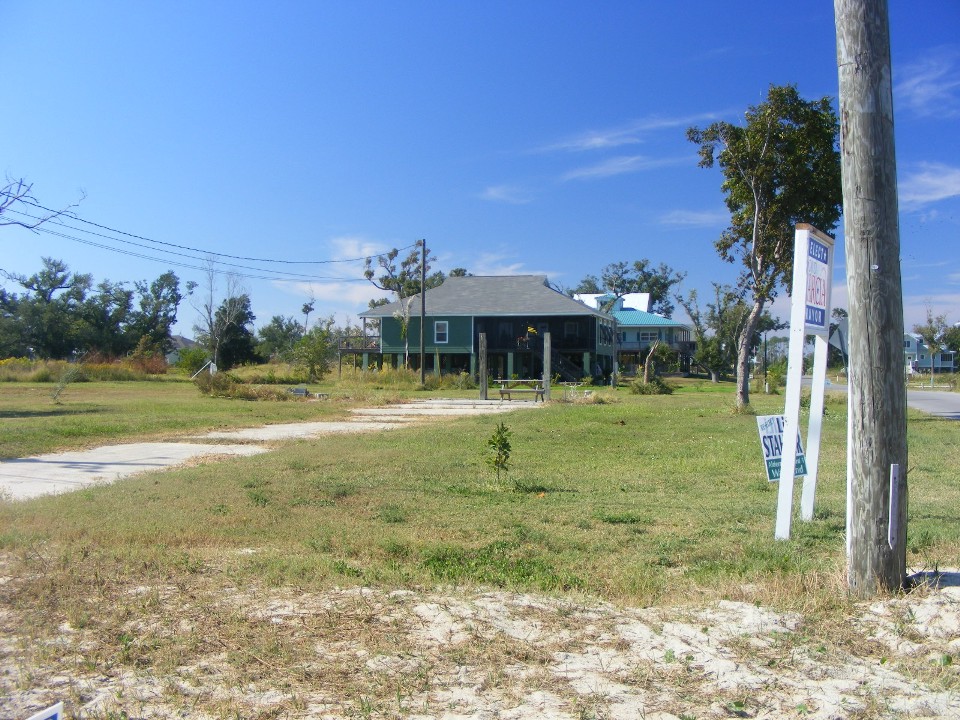 Again, the same story, new homes built on pilings to stay above a flood surge, set way back from the beach. 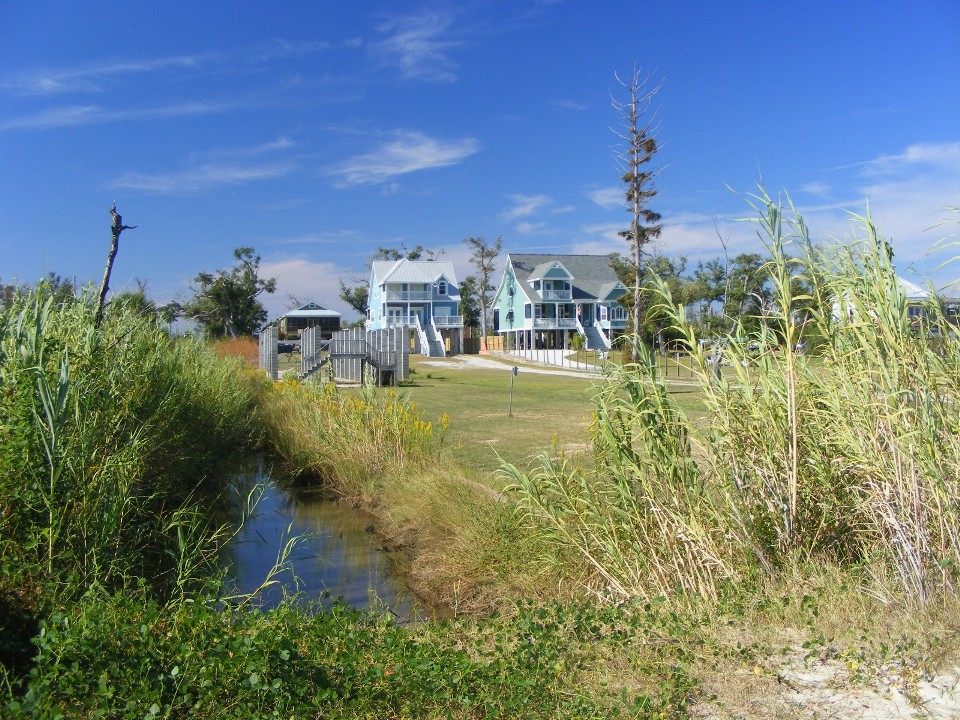 The beach and the fishing pier draw folks to the water's edge and beyond. 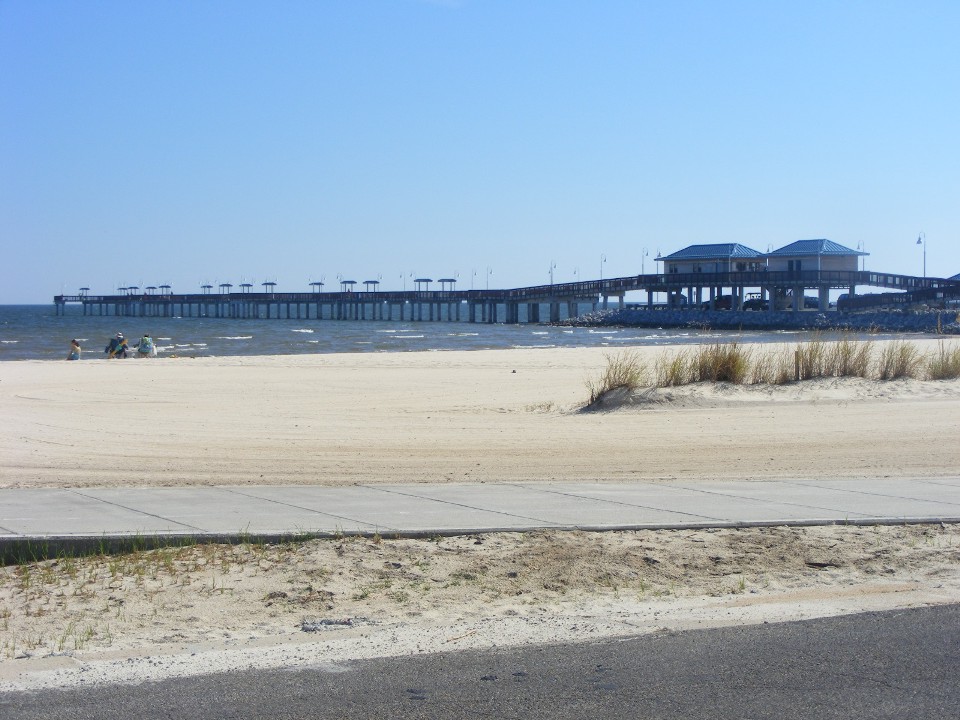 Here is the view looking north from the photo of the pier and beach seen above.   It will be a long time, if ever, to see this part of Waveland restored to the way it was before Hurricane Katrina came calling in 2005. 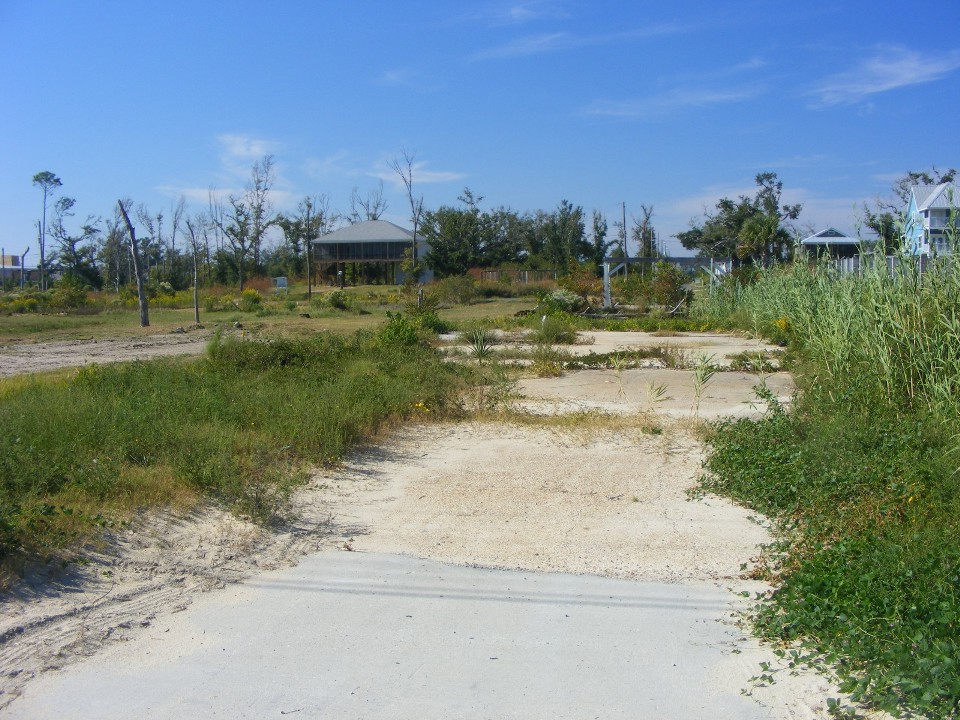 One more look WEST where the pier meets the highway with a parking lot beyond the pier. 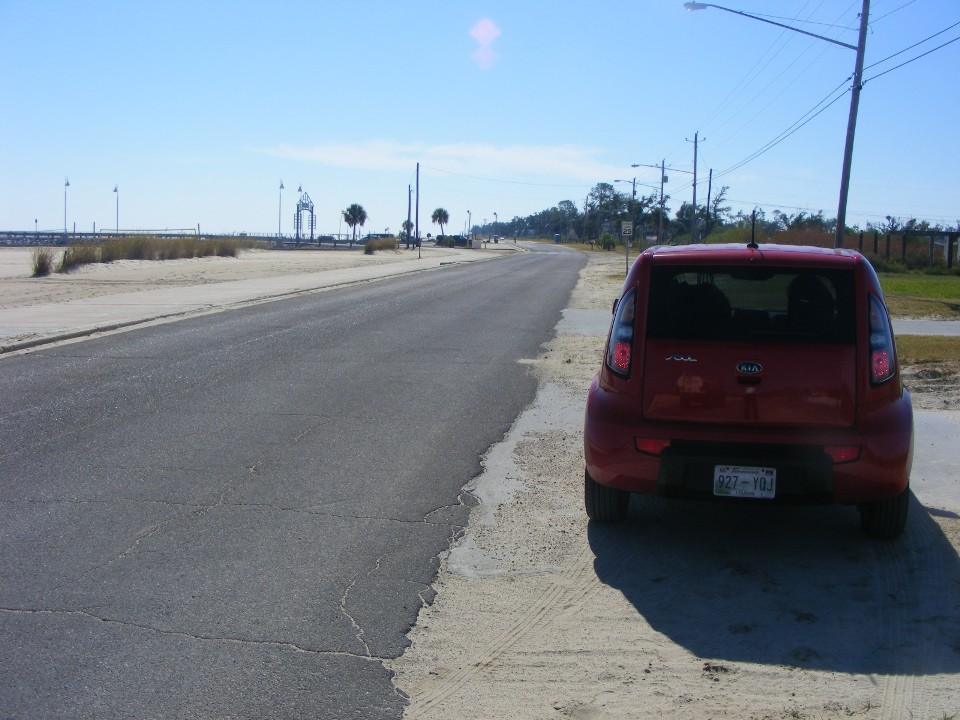 I drove along the four-lane US 90 and portions of Interstate 10 going over to Mobile, Alabama to spend Friday night before returning home on Saturday, October 23, 2010.   Along the way, I stopped for a late lunch on Friday at the pier on US 90 in Pass Christian, Mississippi.  The large, fried butterfly Gulf Shrimp was an easy menu choice.  The Saturday morning ride up Interstate 65 from Mobile gave way to some blue lines and small towns to see the sights on US 31 heading to Montgomery, Alabama for lunch on Thursday.  The remainder of the route home was via Alabama state route 9 to see some fall color and miss the heavy traffic of I-65 to Birmingham and along I-59 heading up to Chattanooga.  It was after 9 PM when I made it home Saturday night.

October 30, 2010:  The next weekend was all about seeing more fall colors in the nearby mountains west of Chattanooga along US 41 and Interstate 24.  This is a liquor store in a small town on US 41 where they sell that evil "Demon Rum" and other spirits!  Remember this is the day before Halloween. 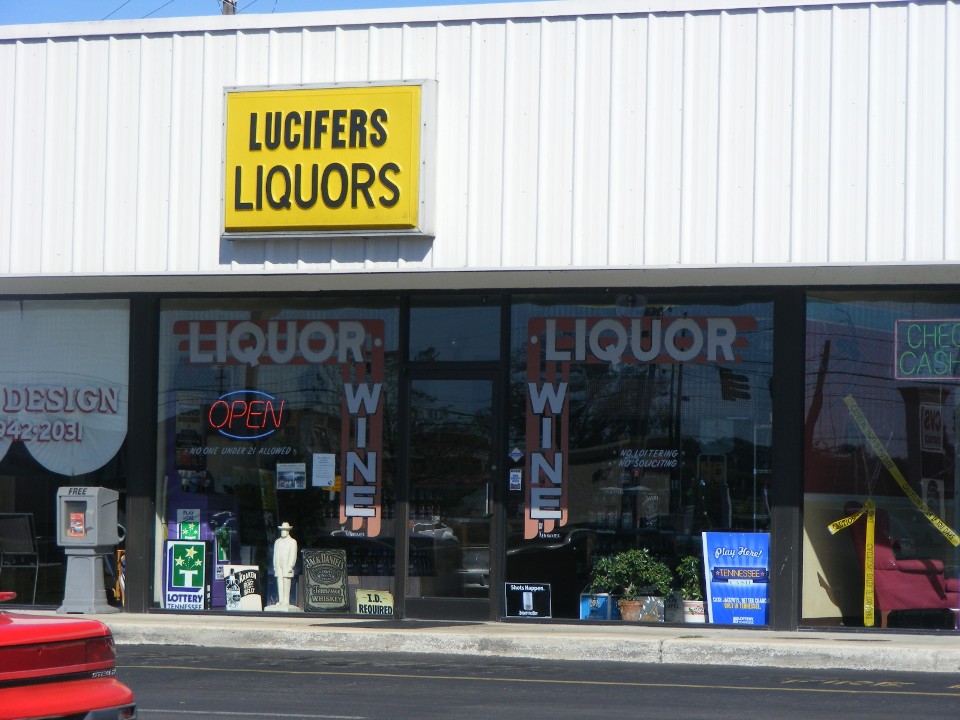 Lunch today was in Cowan, Tennessee after seeing the University of the South in Sewanee, Tennessee on US 41A atop Monteagle Mountain.  Here is an old photo I took in Cowan on October 9, 2007.  The restaurant is in the red brick building in the next block at the right of this photo.  To see all my photos about Cowan, Tennessee, CLICK on this LINK to see the page in my OTHER TRAVELS section of this web site. 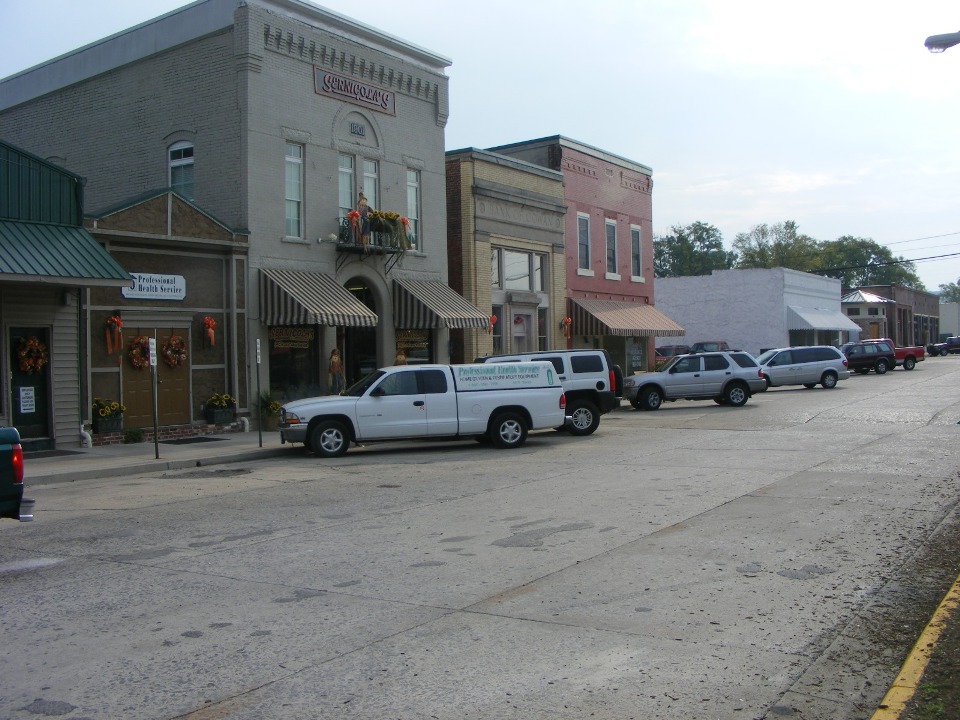 The ride after lunch took me over to Lynchburg, Tennessee to learn if I could find old records of my great-grandfather when he was a young man of 22 working in a saw mill there.  Lynchburg is the home of Jack Daniels distillery.  They had a sawmill that made barrels and cut the wood to make the charcoal that filters the whiskey.   I found two sources of information from 1870 that I have to check out to add some detail to my genealogy.

My short one-hour flight on October 31, 2010 was over some of the same area covered in the Saturday fall colors ride to Monteagle Mountain and Cowan, Tennessee, then across Chattanooga at 7,500 feet MSL with a 38 MPH tailwind to Dalton before returning to Folks Field flying low to avoid the head winds going west to the air strip.  Sorry, no pictures.

November 10, 2010:  I had another trade show to attend in Las Vegas at the Venetian Hotel and Casino.  Here is a peek at the equipment in the booth showing a small fiber optic demonstration of Olson Technology equipment.  The yellow fiber optic cables with green green connectors lead the way from the source of the television signals on the left to the other end of the system on the table on the right.  The IBM laptop computer that I use to create this web site is doing another job today, showing the company web site and product data sheets for customers who visit the booth. 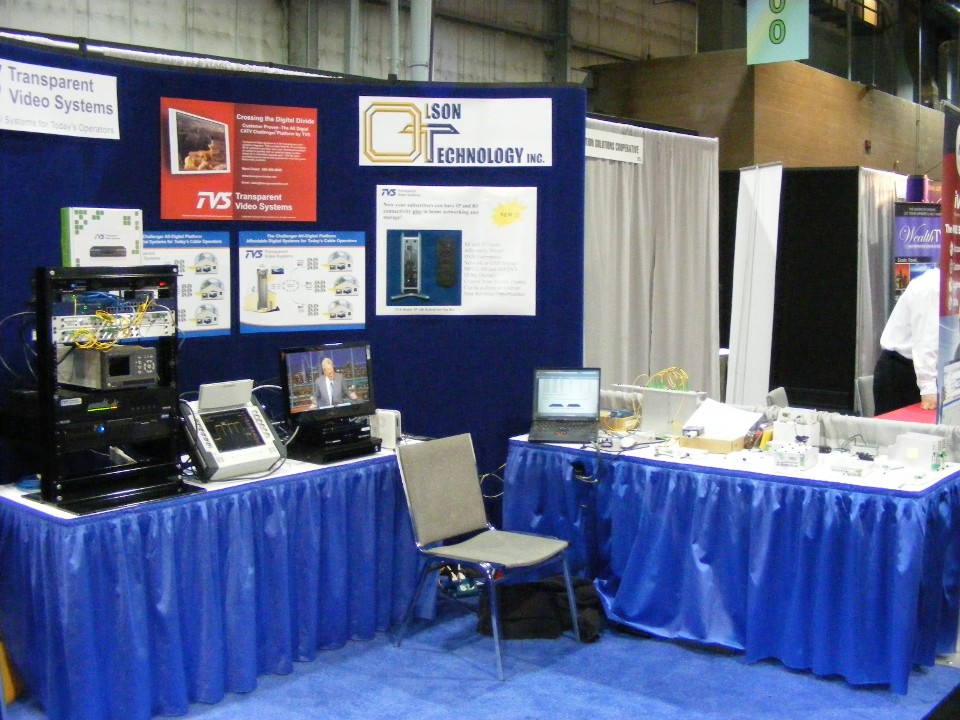 This close-up photo shows the spectrum analyzer with four digital cable QAM signals on the screen, and the resulting high-definition recording of a portion of a familiar late night talk show on the HD TV set.  The signals pass though the fiber optic equipment before reaching the TV. 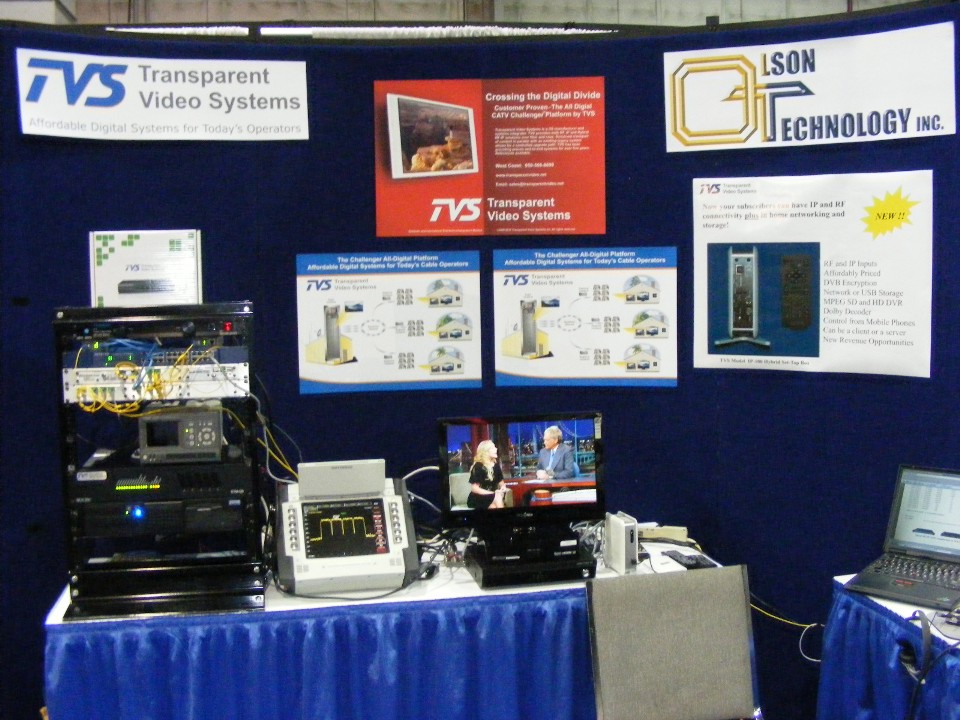 The last photo of the booth shows TWO active fiber optic receivers and some of my other Olson Technology fiber optic demo products. 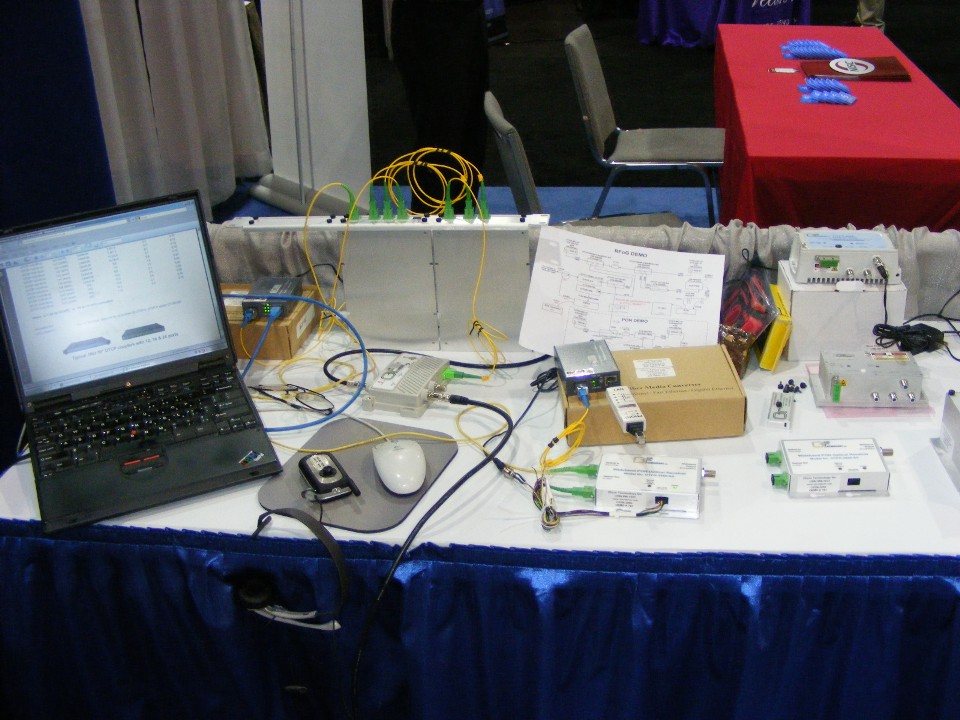 After the trade show ended on Thursday, I took a stroll around the hotel and through the shopping center that has "The Grand Canal" inside the Venetian complex.  Those photos will be on the next page soon.