December 3, 2011:  This Saturday was the day I drove down to Florida for the holidays with friends and family.  I had no problem with the long drive since I know the best routes and like to see the sights along the way.   When I am in a hurry, I hope for the best and stay on the interstate highways.   When holiday traffic is an issue, the older US highways are less stressful than the rolling traffic jams on I-75, I-10, I-95, or the Florida Turnpike.

December 5, 2012: I had my regular visit with my dental hygienist I have been using since 1992 when I lived in the West Palm Beach area of Florida.  On the way back from that dental appointment, I stopped by the building where I worked in Jupiter, Florida for Quality RF Services from September 2004 to January 2001.  This was how the QRF building looked when it was NEW back in the late 1980's.  That is a young Banyan Tree in the middle of the parking lot behind the palm tree near the camera.  When I left in 2001, it was HUGE and shaded most of the parking lot. 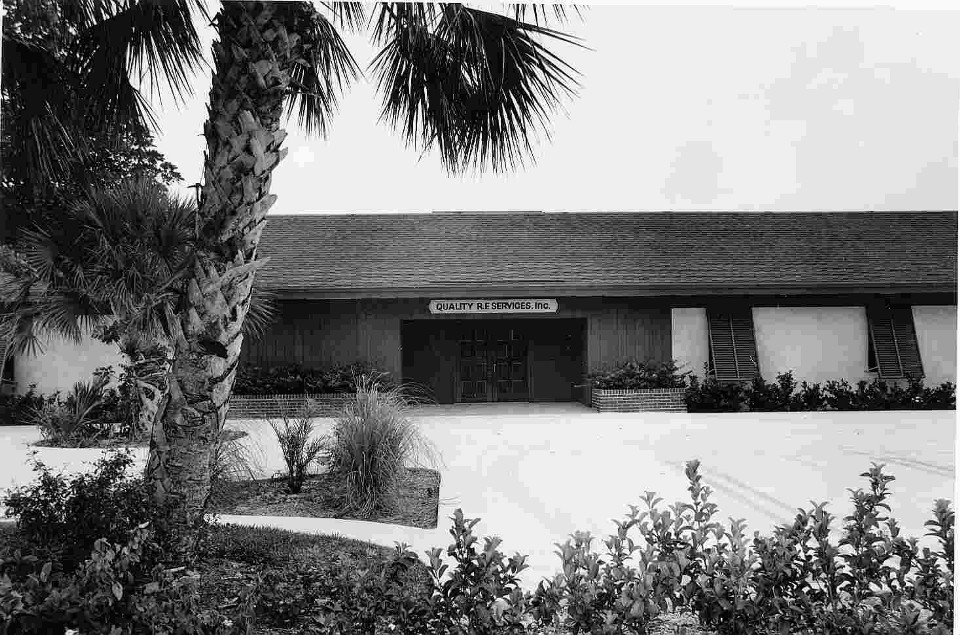 The company was sold and moved to a new location in Stuart, Florida.    The original building in Jupiter was sold and completely remodeled inside and outside.  The big Banyon Tree was relocated on the property, out of view in this photo.  That driveway in front was added by the new owners.  In the old days, our access was from another street that ends at the right side of this photo at the property line. 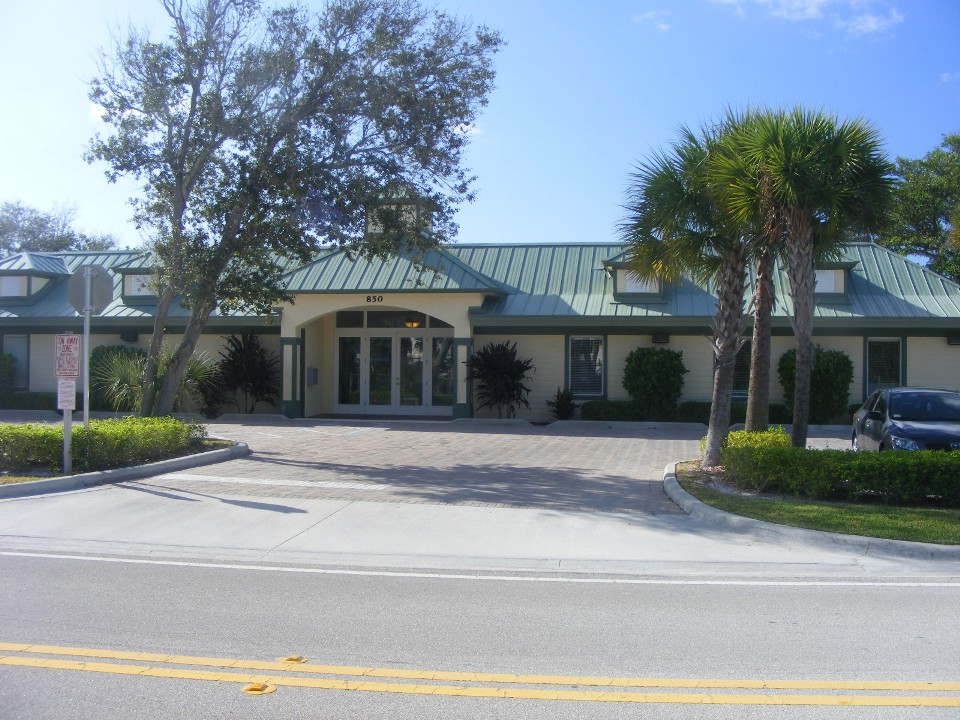 Here is another view of the front of the building at 850 Parkway Street, which really faces Dubois Road.  Parkway Street is the access road I mentioned in the text for the photo above. 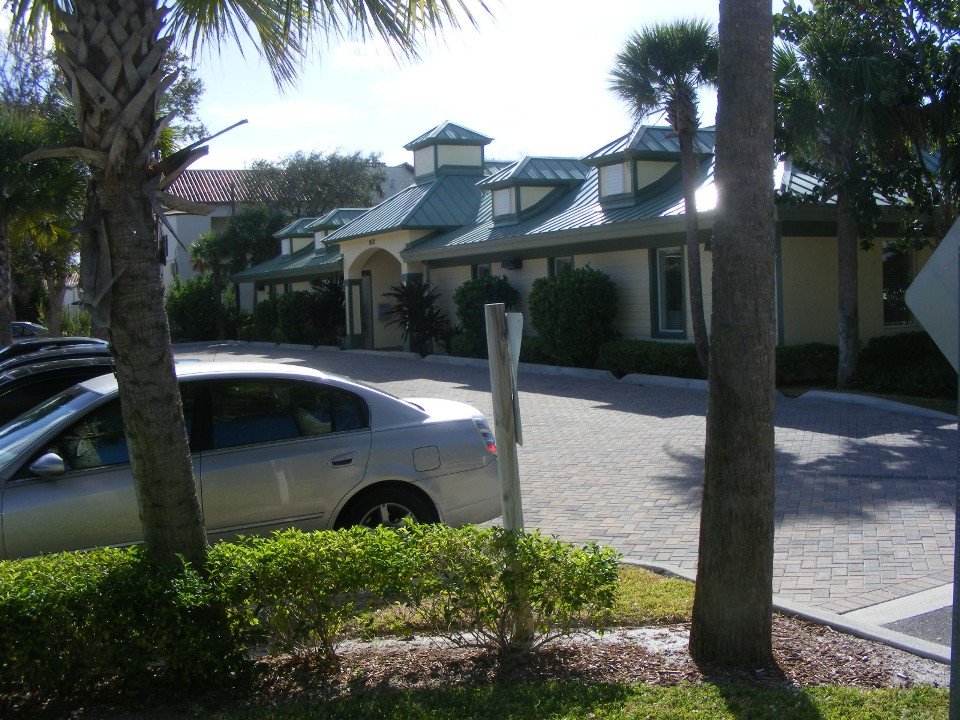 The inside offices were opened up by removing several walls.  Now the area is filled with cubicles. 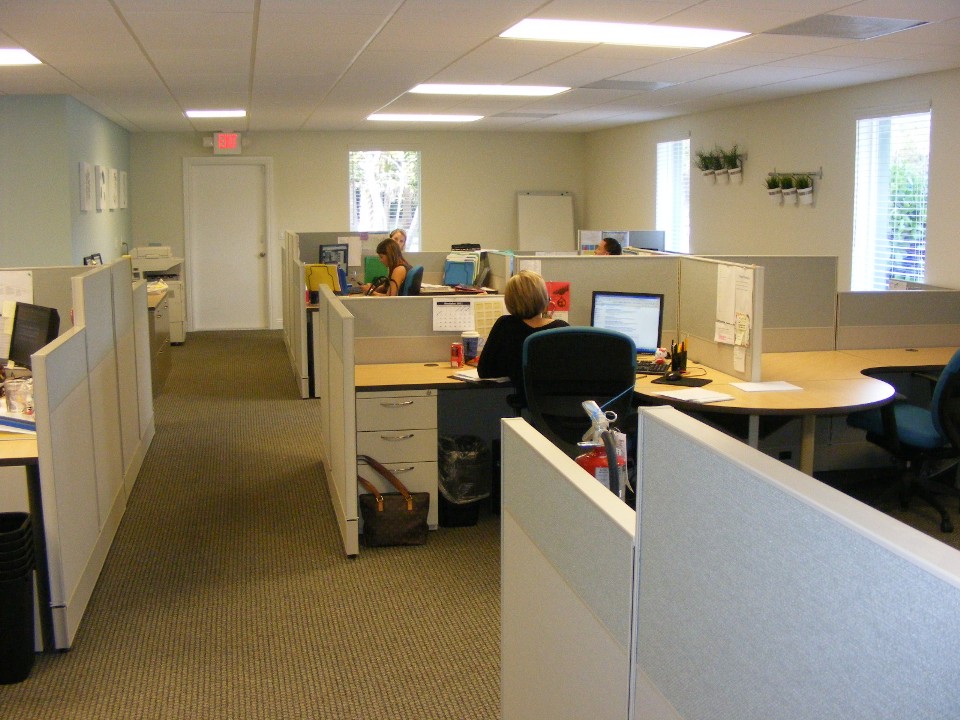 My original closed office with walls was in the corner of this view of the cubicles. 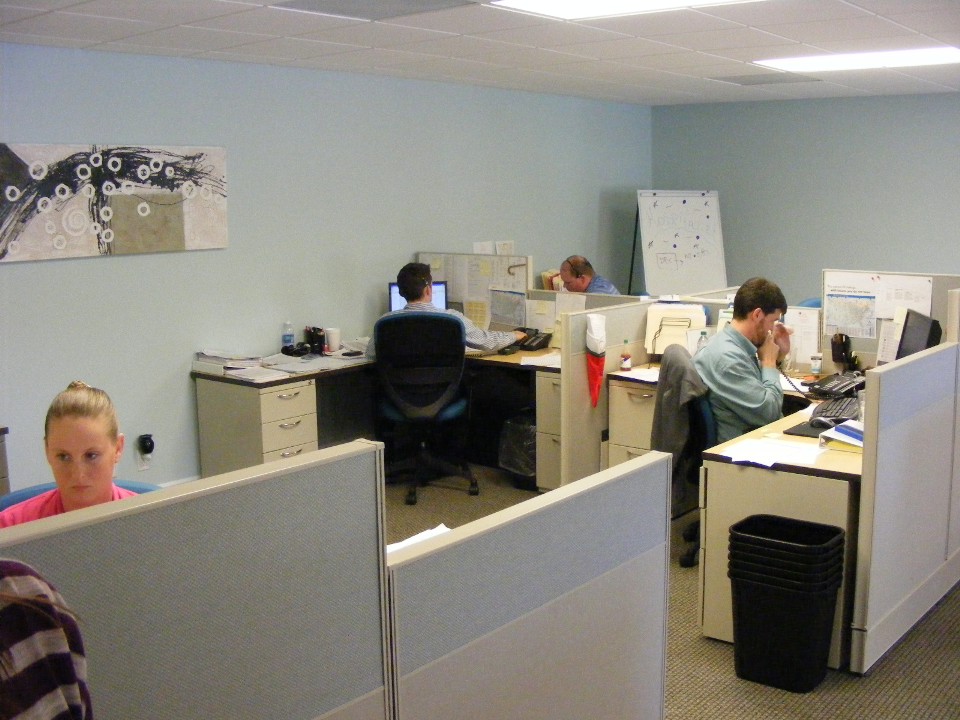 This old photo of me in my office was part of the old QRF web site, and is now on this web site. 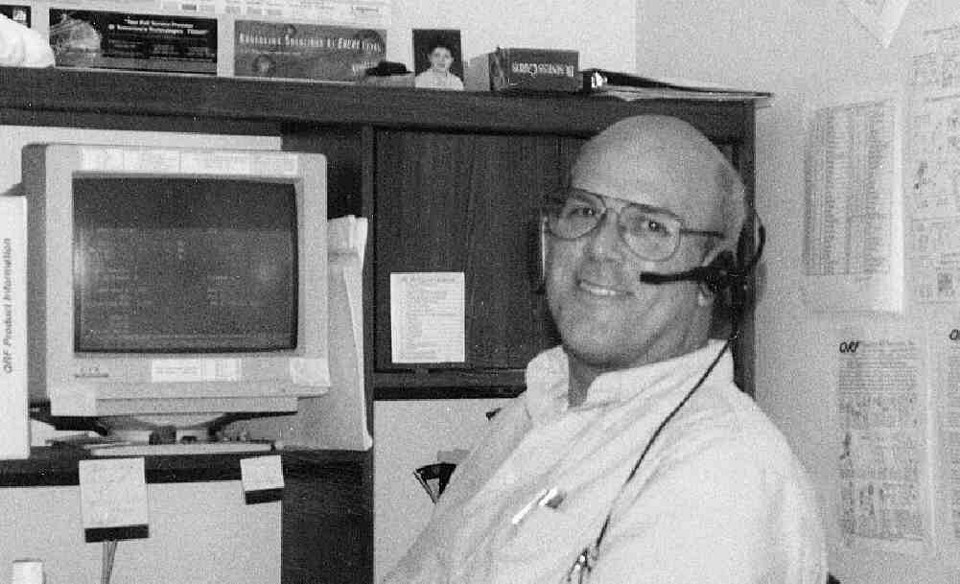 December 18, 2011:  Today marks six months since I had my CABG surgery and all is well.  I had my appointment with my cardiologist in Tennessee on November 30, then my primary care physician on December 2, 2011.  The result was some minor changes to my medications and review of recent lab tests.  I also finished my phase two cardiac rehab sessions on December 1.   I drove down to Florida on Saturday, December 3, 2011 to spend the holidays with relatives.  The weather is looking good for this part of Florida through the Christmas weekend.  My trip back to Tennessee will be on Friday, December 30 with a stop to have dinner with my son and his family who have come from Texas to the Atlanta area.  For now, it is office hours and customer phone calls as usual for my day job.

On the aviation side, my primary care doctor is also my aviation medical examiner.  When I was in his office on December 2nd, we reviewed the documents I will need to get my medical restored to active status.  I have almost 50 pages of docs for the FAA showing the treatment history and cardiac rehab.

December 30, 2011:  The ride back to the Atlanta area went faster than expected today.  I planned to have dinner with my son from Texas, his wife, and my only grandson.  I was a couple of hours ahead of schedule and decided that spending a little time at the museum adjacent to Robins Air Force Base at Warner Robins, Georgia would be nice.  This B-1B supersonic bomber is parked out front between the parking lot and the main entrance to the museum. 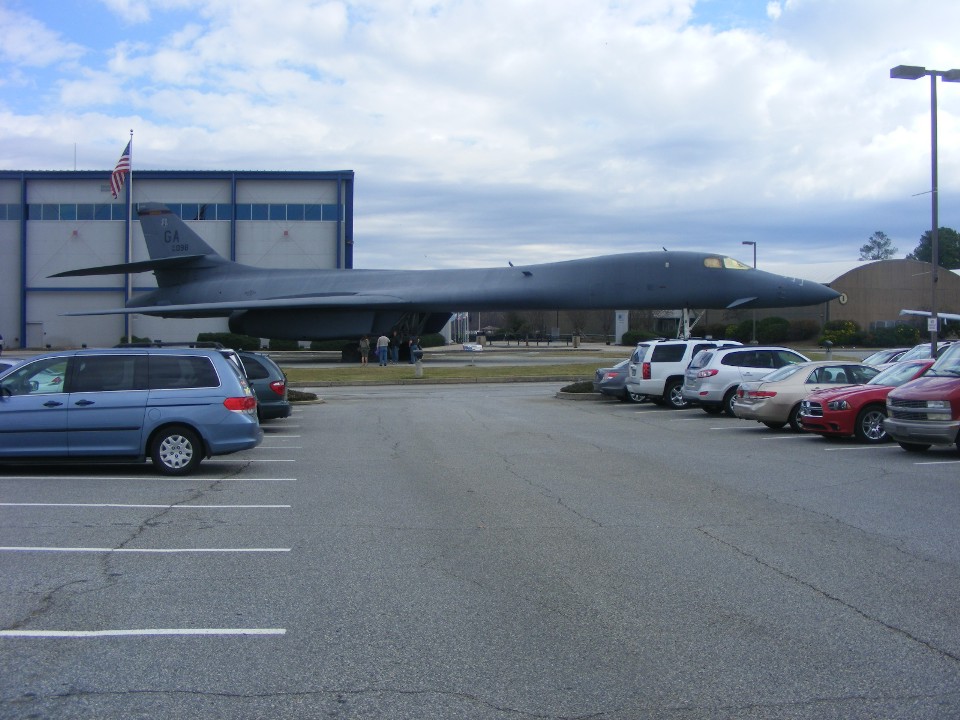 The tradition of nose art for bombers continues to this day.  This one has an old locomotive on it with the words "Midnight Train" on it from the song "Midnight Train to Georgia" by Gladys Knight and the Pips in 1973. 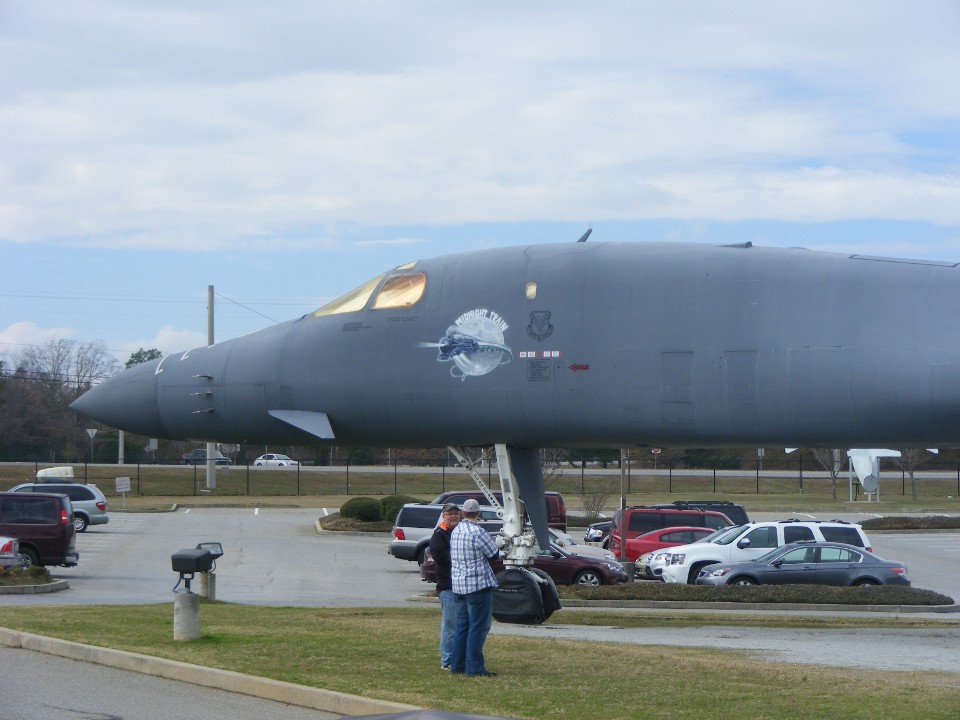 I arrived at a restaurant in Peachtree City, Georgia around 5 PM to meet my son and his family for dinner.  It was Friday night and the usual crowd arrived not long after I secured a table.  We had a good conversation about family things and I talked about my recovery now being complete.  This photo is the first time we have all been together on July 28, 2010 when Edward and I returned from our Oshkosh Airventure flying trip. 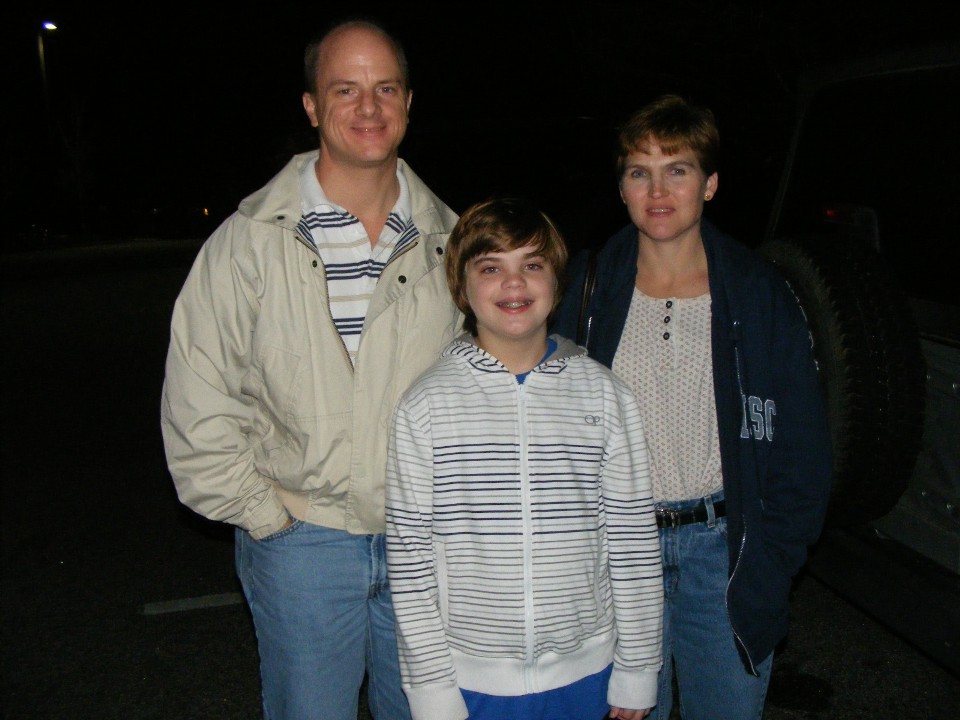 Here are three generations of Thorne men as Ian is now 12 years old.  His braces were a luxury I did not have in the 1950's.  Can you see how my smile is not "all there" in this photo? 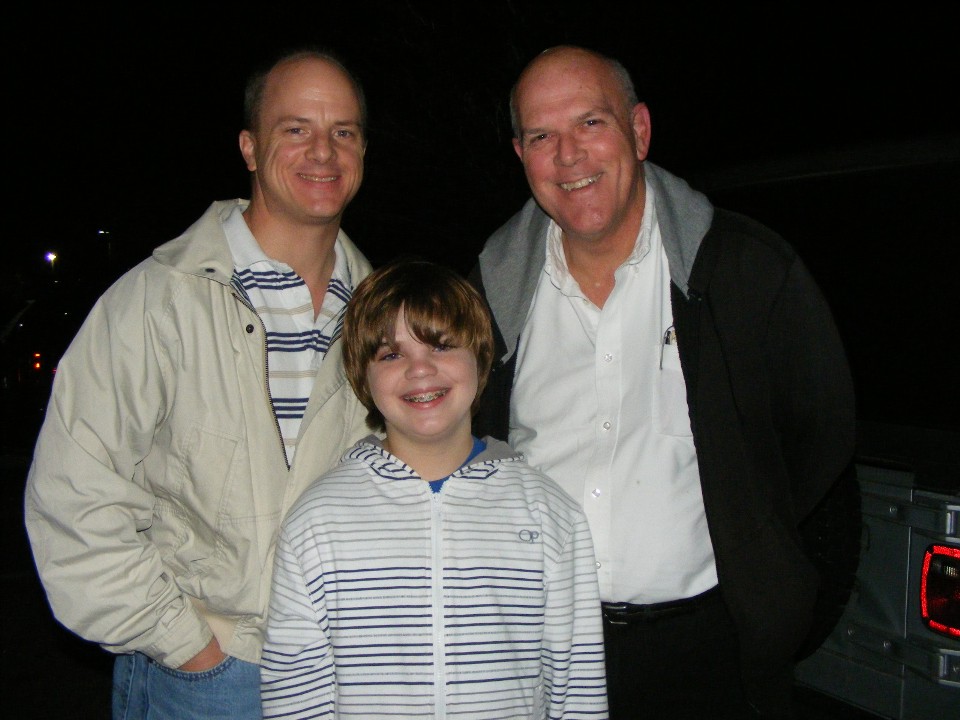 The ride home to Chattanooga was about two hours and I got to sleep in my own bed again this night.