March 23, 2013: I had short flight this Saturday I mentioned on the previous page as I began this web site update.  The wind was really blowing from the SOUTH today.  It shows in the sharp turns over the ground in the GPS ground track seen below.  That sharp turn just north of highway 520 took only half a mile to do the 270-degree turn as I was descending at minimum throttle gliding back to the airport.  I did a couple of stalls to confirm the calibration of my lift reserve indicator.  One stall was performed with FLAPS UP, and the second stall was with FULL FLAPS.  This was the first day I took off and landed on runway 18 toward the SOUTH into a strong wind.  The turbulence off the trees at the north end was exciting, but I managed to tip-toe down to the runway carefully with a lot of rudder action and gentle elevator control.  I did not bounce landing number 730 in my log book. 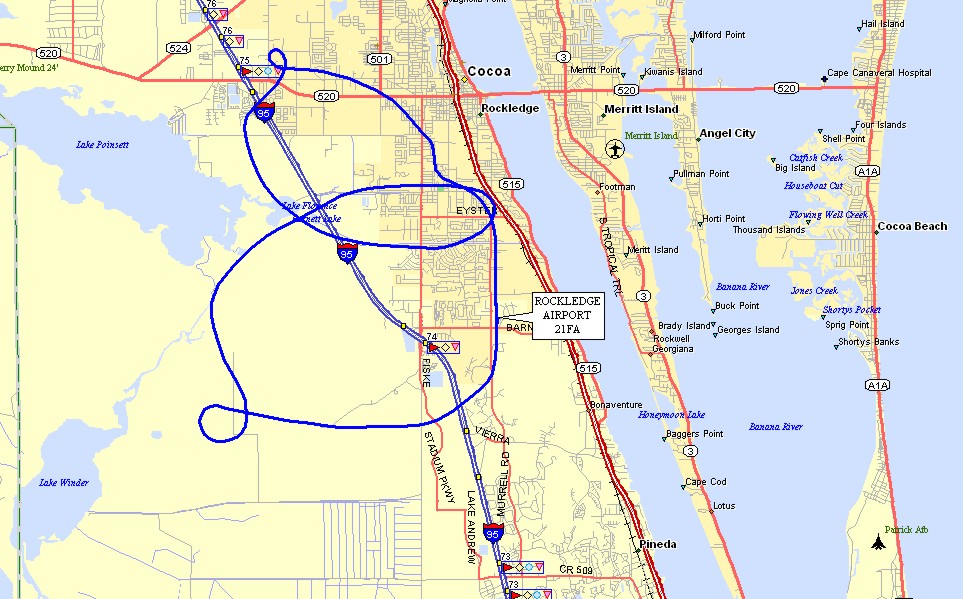 Airport manager Bill Simmons had been out training a pilot in the Aventura II light-sport amphibian.  Take note of the new wind sock mounted on the hangar.   The old one atop the FBO office finally blew away. 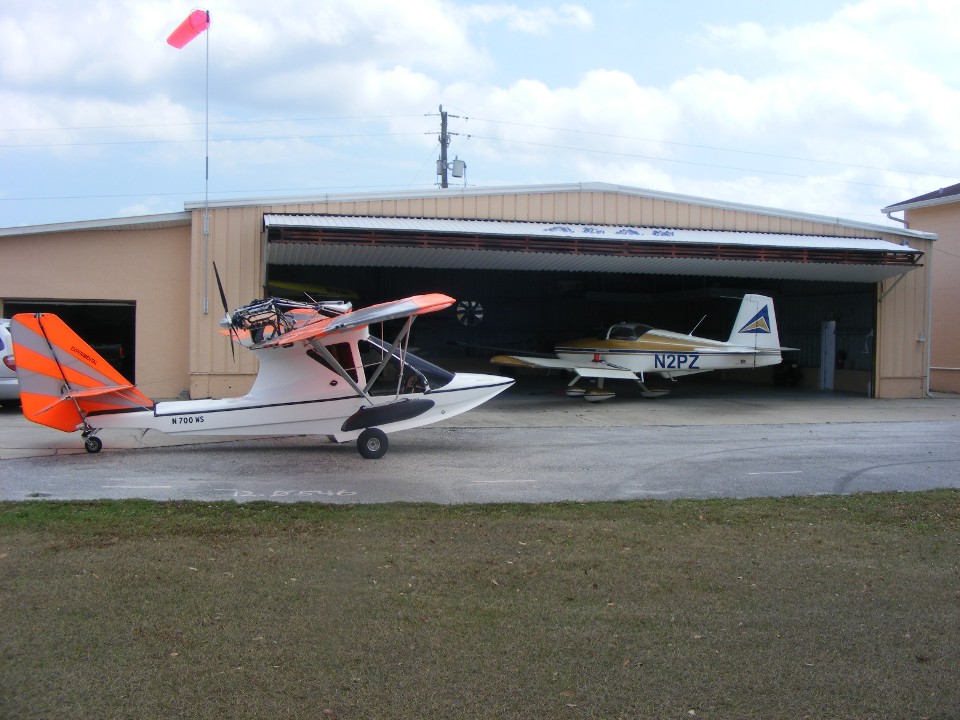 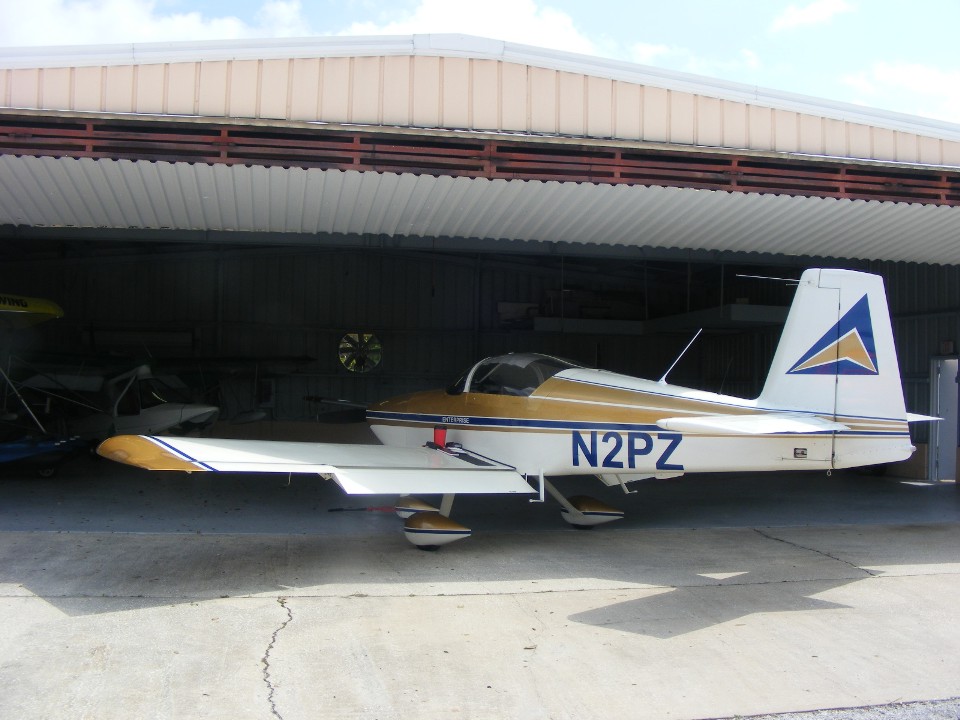 The flight today was only 0.4 hours bringing the Hobbs meter to 342.4 hours.

There are more company trips to Los Angeles, Las Vegas, and New Orleans scheduled in April.  I will post details here when I can get the time.

March 30, 2013: This is the last weekend for my medical certificate and I am still waiting for the new one.  I called the FAA Medical Branch in Oklahoma City yesterday and spoke to Erin about my waiver request.  She says I am high on the list for consideration since my current medical expires on March 31, 2013.  I will be away on business for most of the next two weeks.  That should be long enough for the docs at the FAA to review my recent stress test from early February.

I took advantage of my legal status to fly my airplane today heading down to Melbourne Beach.  I flew by the home of an old cable guy like me.  We both worked for Jerrold Electronics way back when.  He was standing out on the end of the long dock that is nearest to the airplane in the photo below.  The Atlantic Ocean is on the left and the Indian River (Intracoastal Waterway) is on the right. 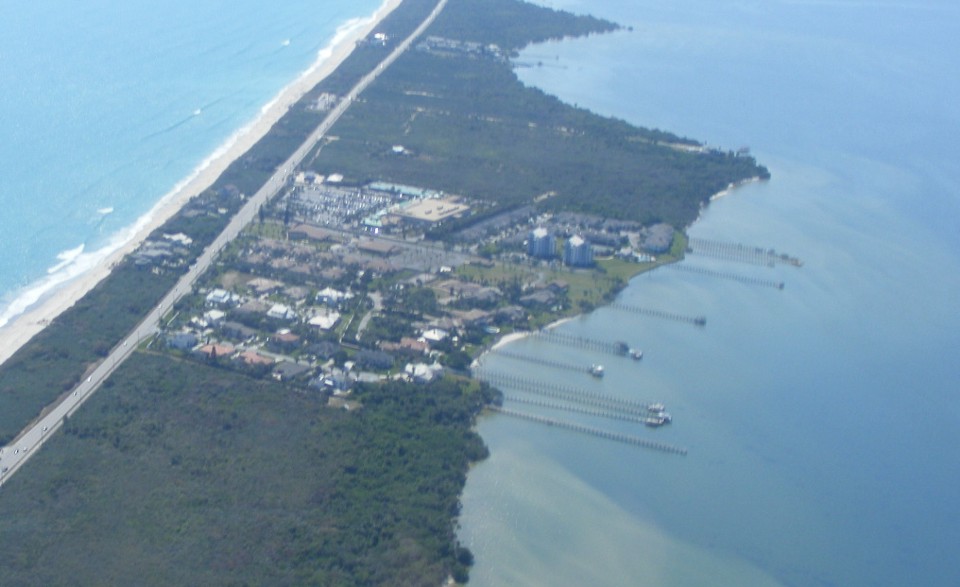 I circled around his home to take this second photo then came around over the river again a bit lower out beyond the end of the dock in case he wanted to take a photo of my airplane.  There were no boats in the river where I was making my lower fly-by.   His home is the one near the white building by the river and dock. 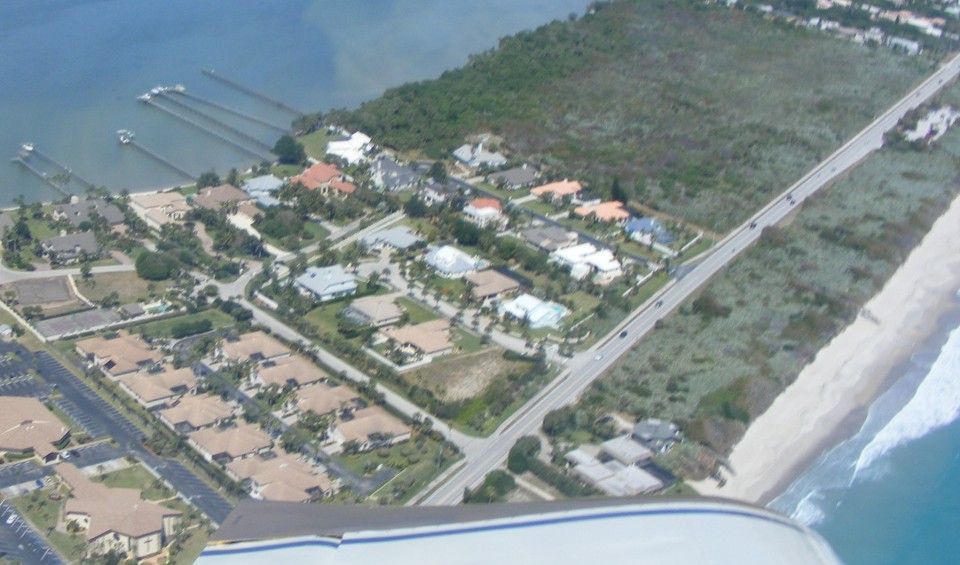 The Hobbs meter added another 0.6 hours today for 343 hours total time for the airplane.

March 31, 2013:  I received an email from my friend on the ground.  It had four very high-resolution photos attached with 3000 x 4000 pixels each.  I did my usual cropping and mark up to give you an idea of what he saw from the end of the dock.  I reduced his LARGE photos down to 960 pixels wide like all the other photos on this web site. 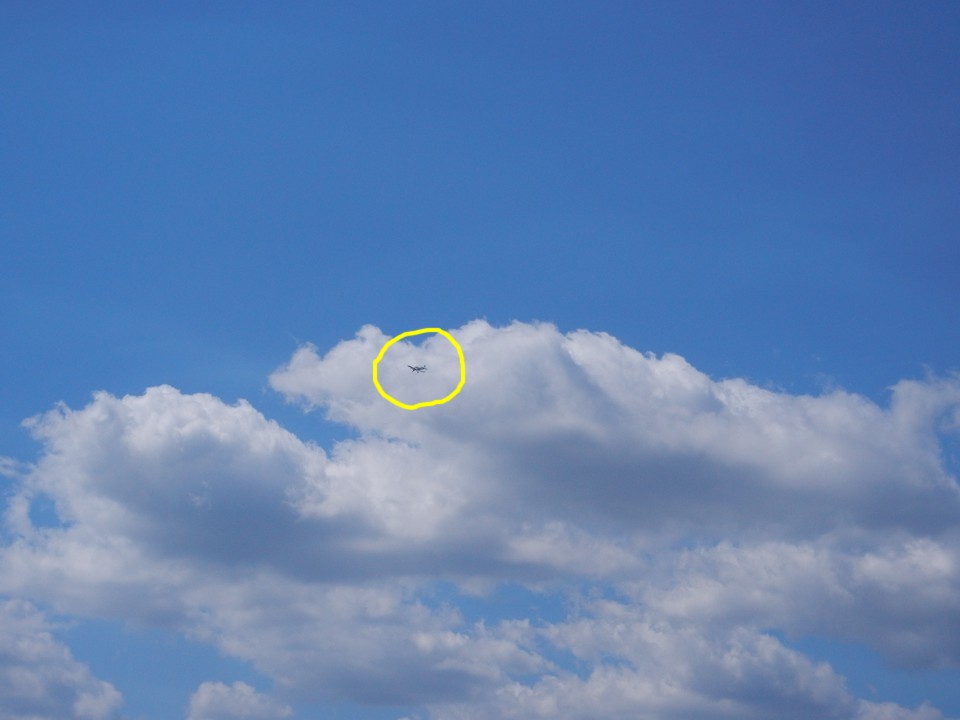 Here is the cropped section of the photo above. 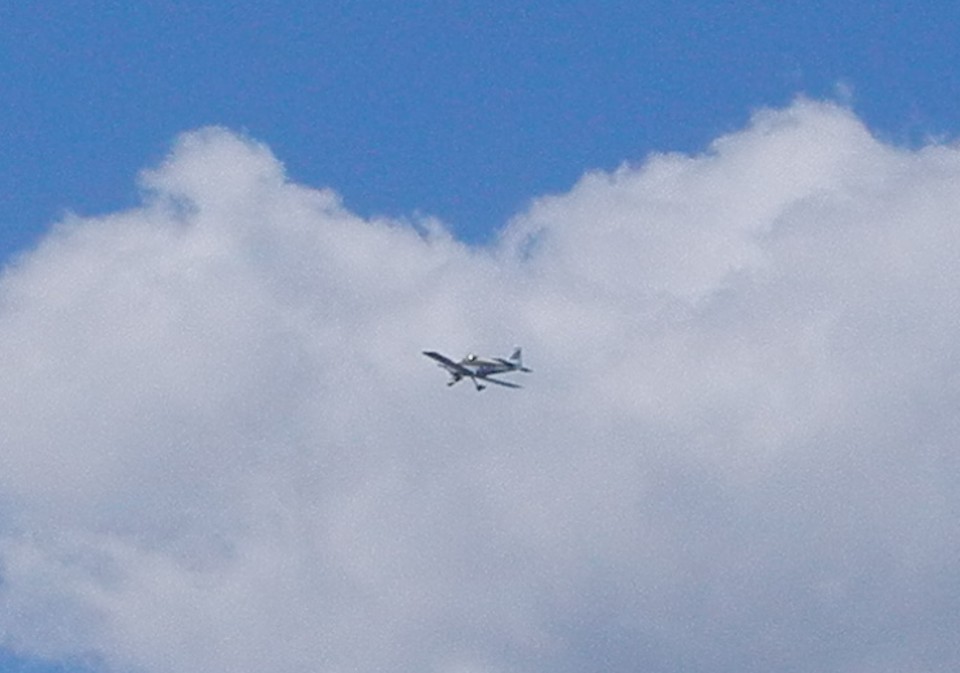 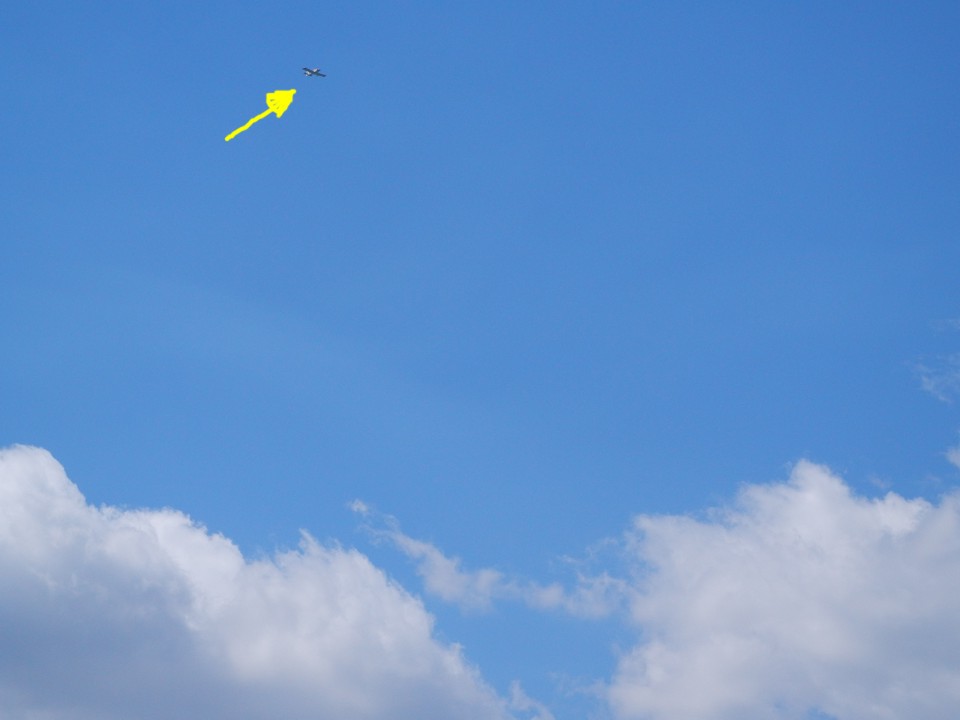 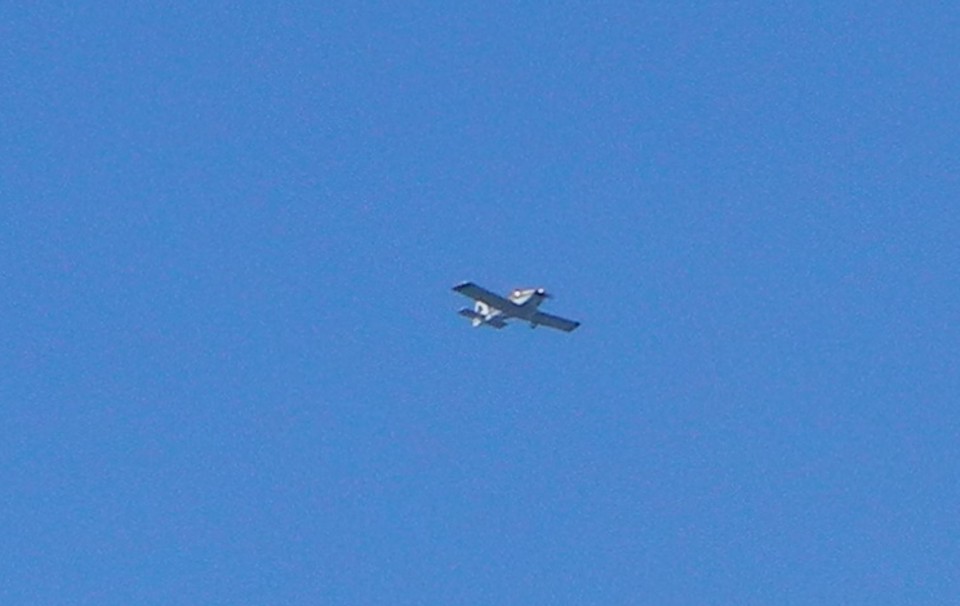 Number three was out of focus.  Here is number four when I was leaving the area.  All these ground to air photos were taken while I was flying over the Indian River northeast of the Valkaria Airport (X59). 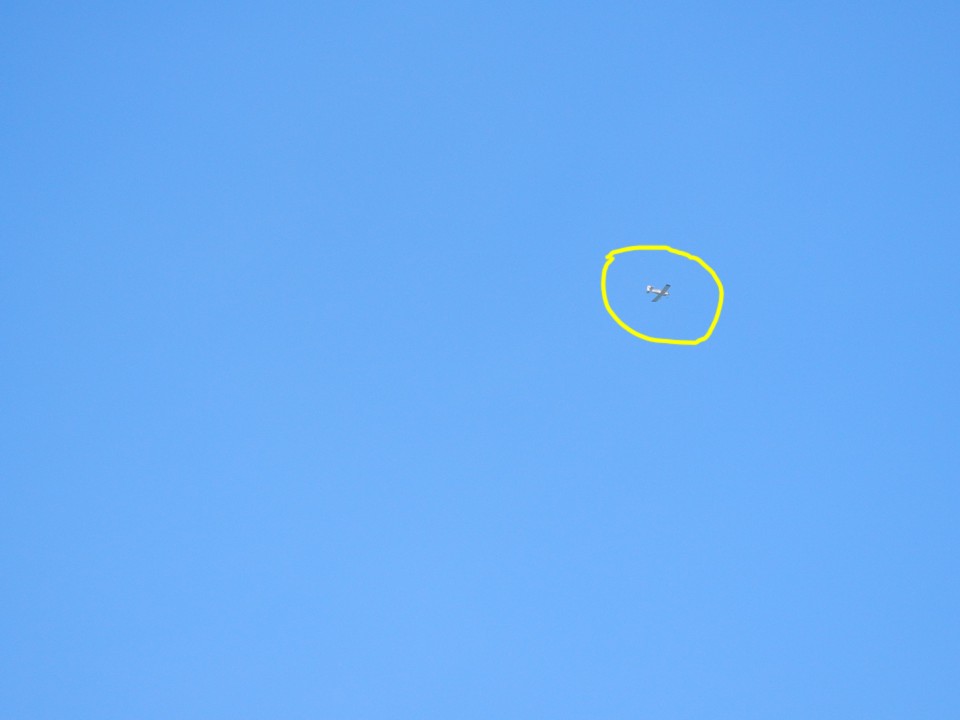 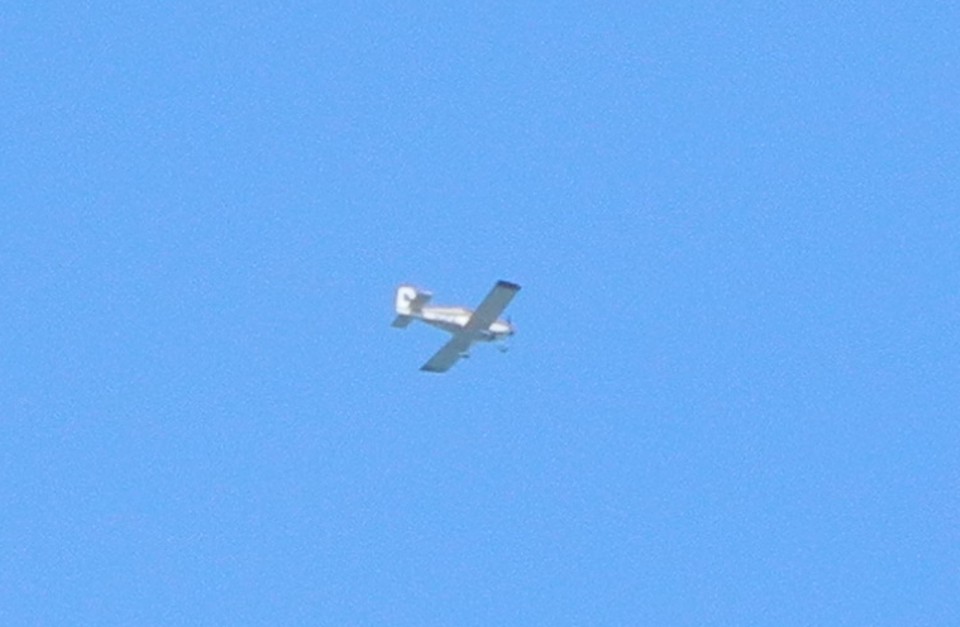