April 12, 2014: That Saturday had some down time for me.  I visited the Planes of Fame Air Museum (Chino, California) before departing the Los Angeles / Ontario area.  This is an interesting place since many of their airplanes are flyable antiques that have been fully restored. 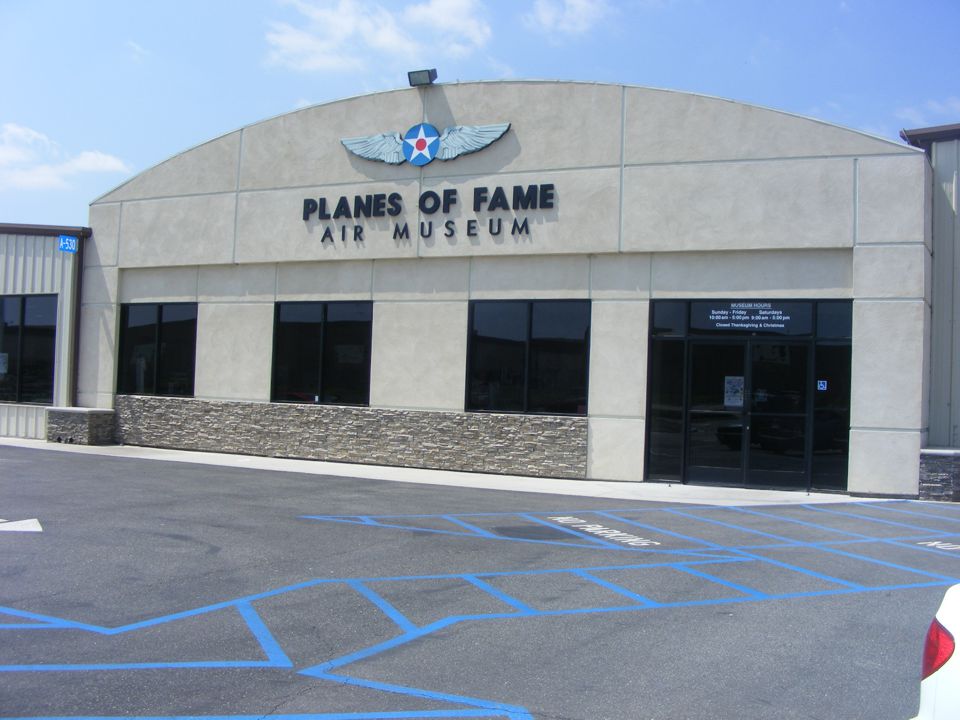 Yep, that is a Boeing B-17 bomber out front just south of the parking lot at the main entrance seen above.. 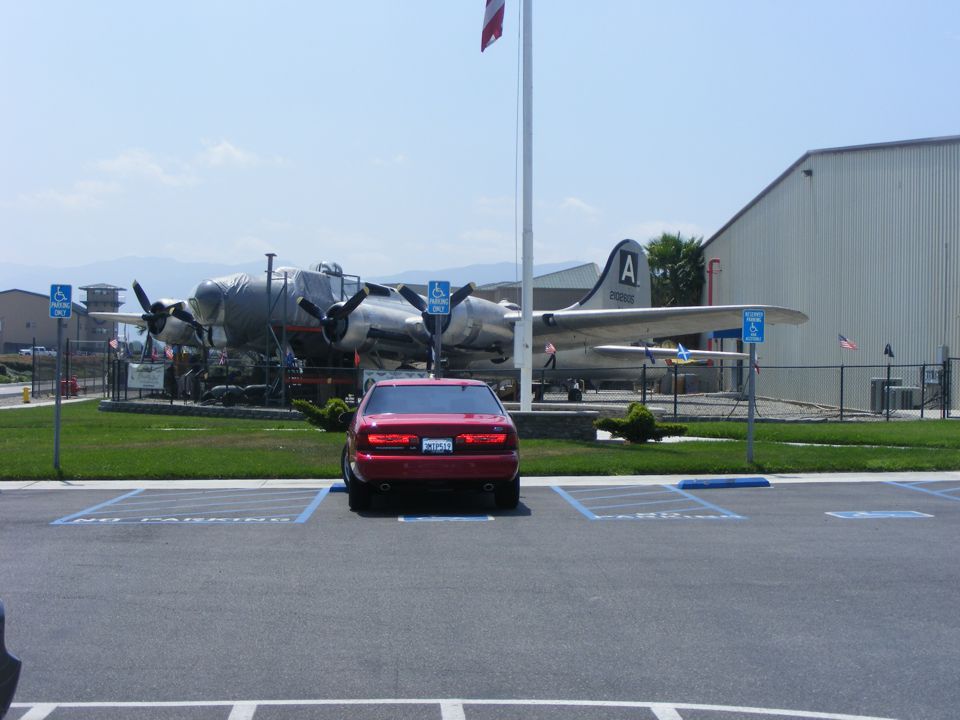 This rare old pursuit airplane is one of two surviving from the 139 airplanes built in 1932 and 1933.  It is the P-26 "Peashooter" restored to flying condition. 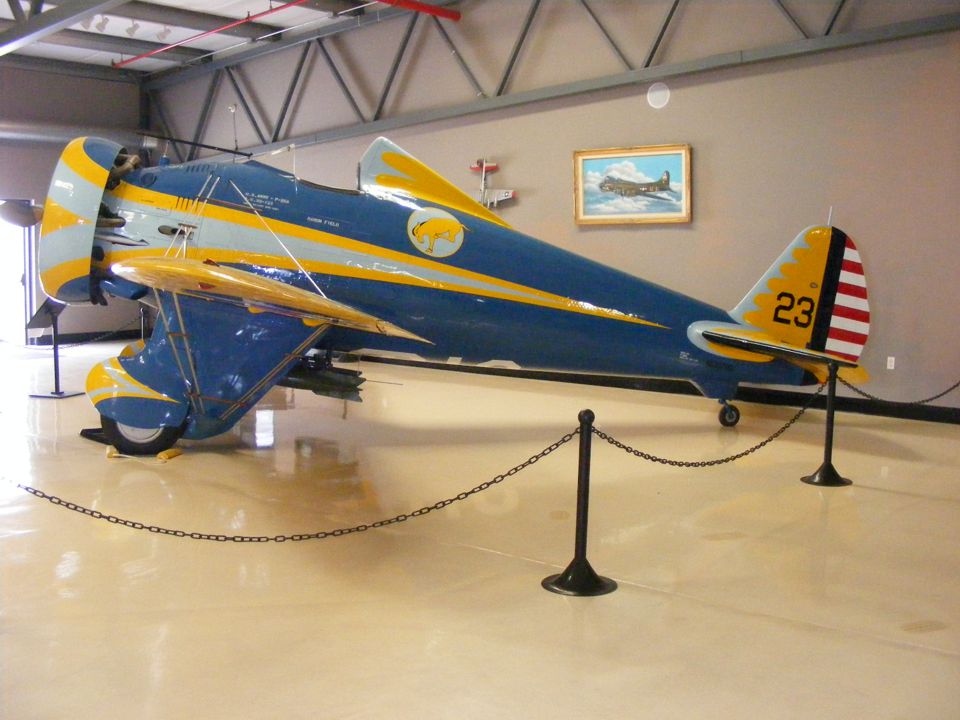 Military aircraft changed quite a bit from this open cockpit design by 1940 when World War II began in Europe. 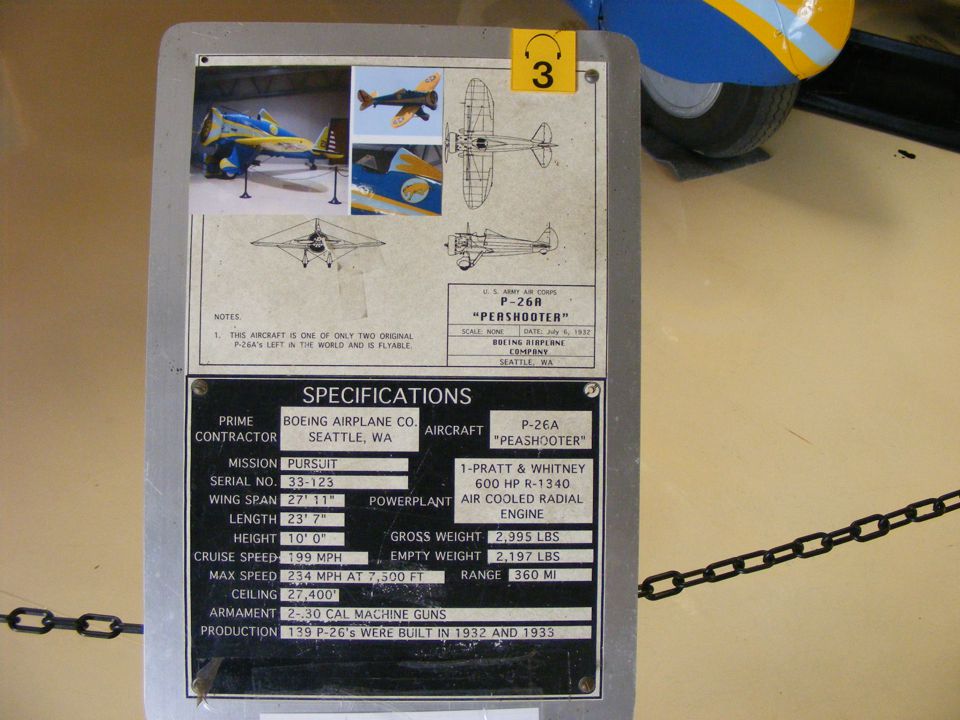 Biplanes were around from the end of World War I until the early 1930's.   This P-12E was the pursuit airplane built just before the P-26A seen in the photo above.  Two long wings have more drag and less speed than the P-26A with its ONE wing with a slightly shorter wing span. 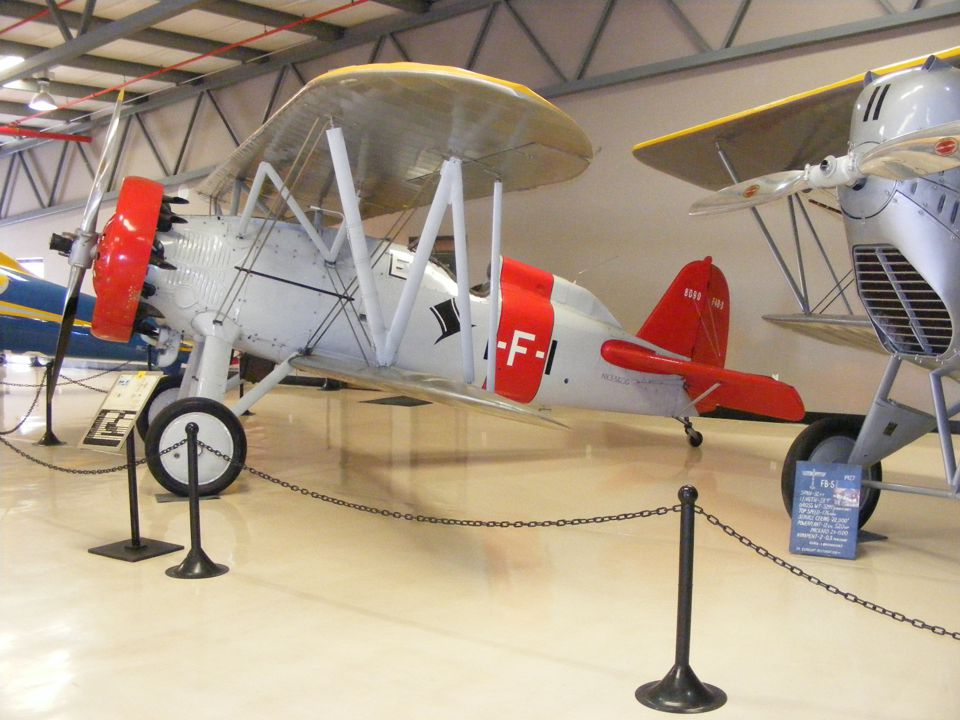 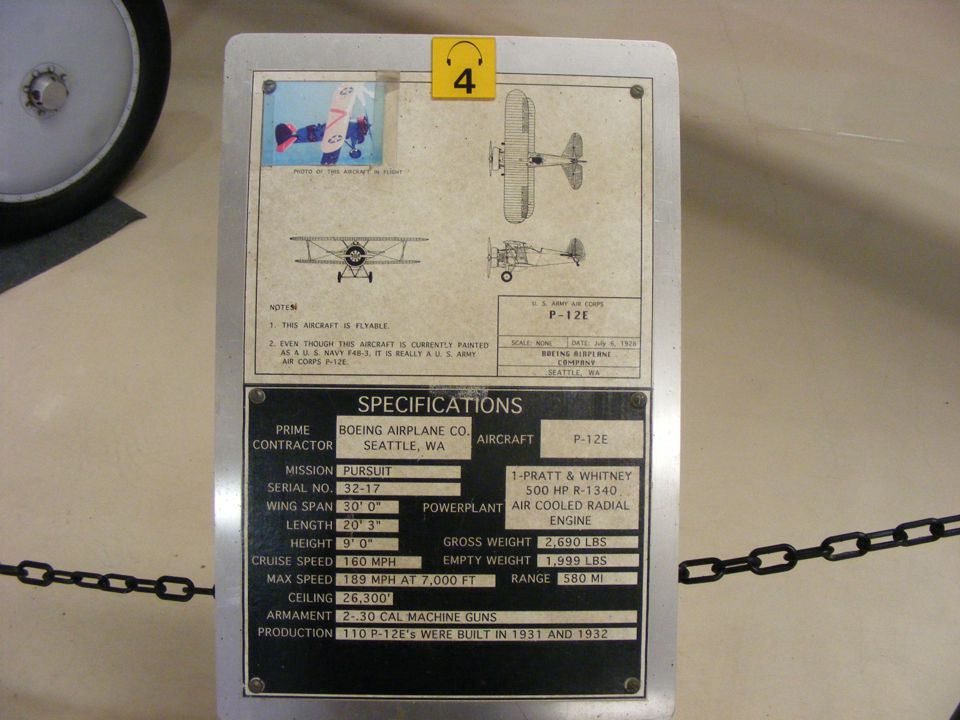 This is one of FOUR flying wing test airplanes built by Northrop near the end of World War II.  It and the three others were used to test the flight dynamics of a flying wing intercontinental bomber. 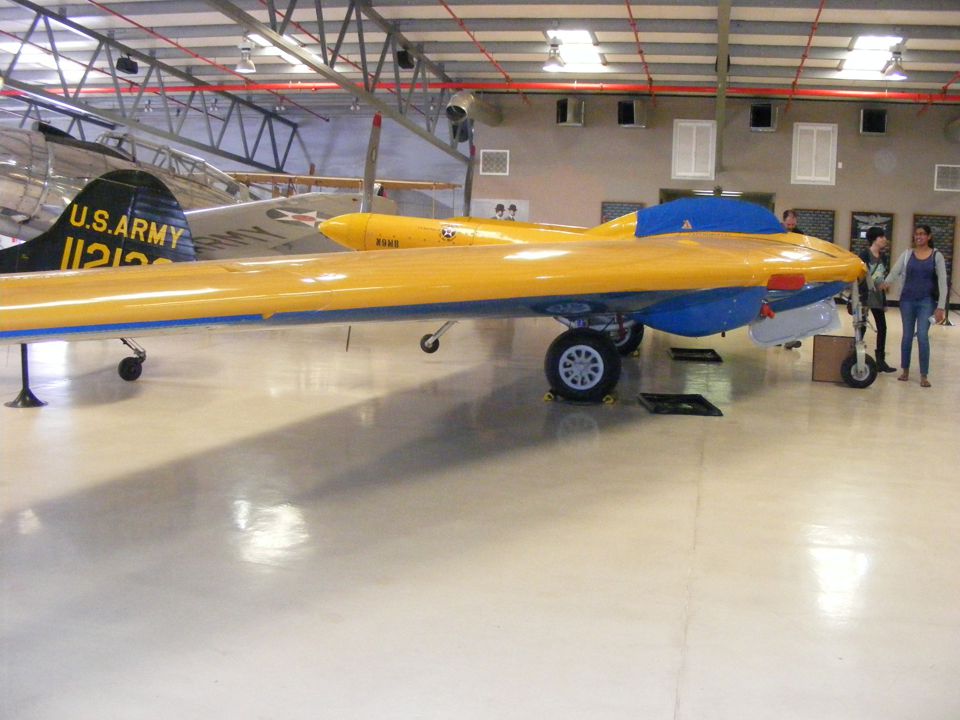 This photo has not been reduced in size to provide the resolution to read the information about the N9MB seen in the photo above and the photo that follows below.   Be sure to scroll to the right to see the photo of XB-35 that was developed from these first four flying wings.  The present day B-2 bomber is a direct descendent of this program from Northrop. 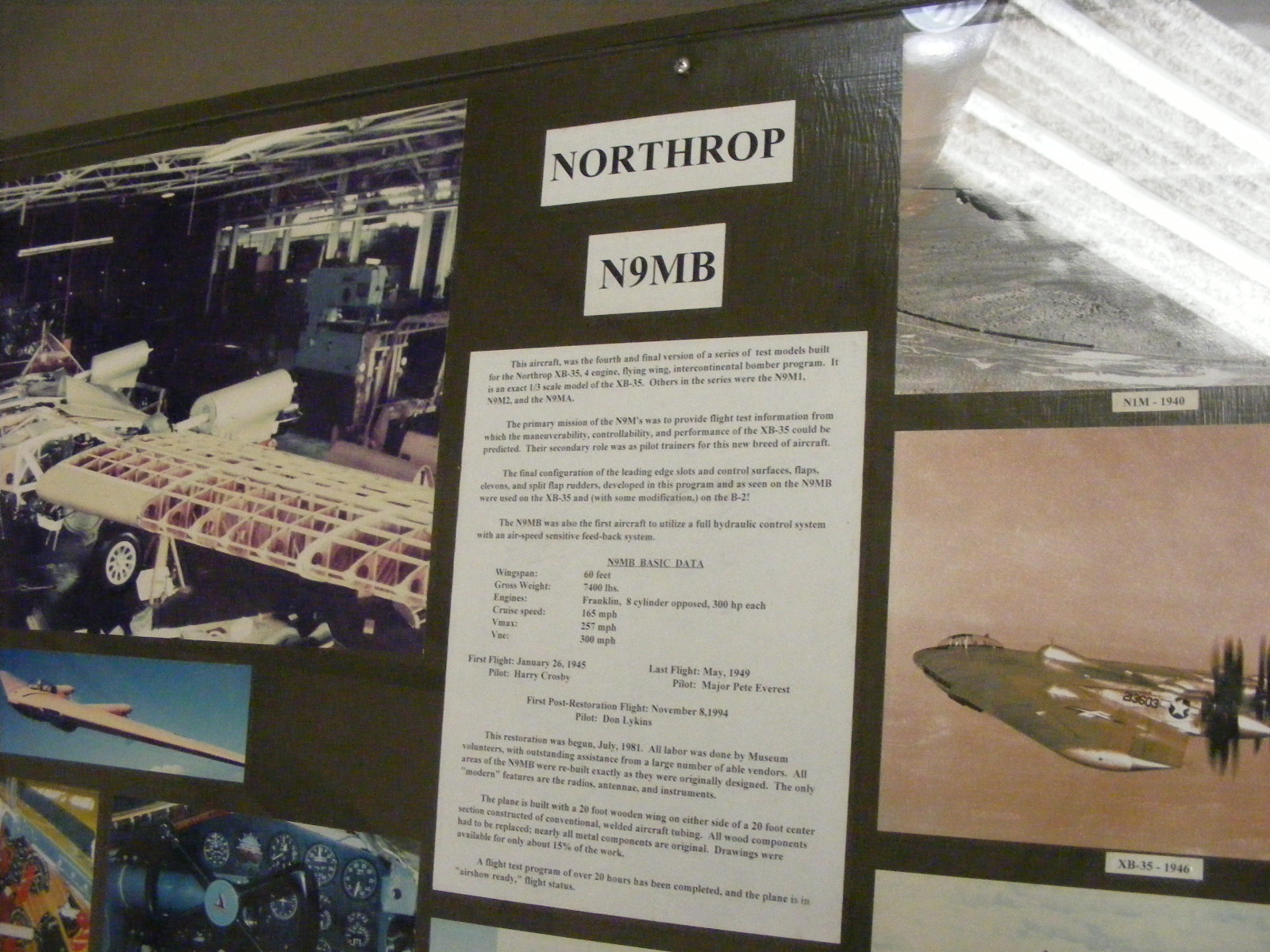 This flying wing is air-worthy and can be flown.  The restoration of this airplane was completed in 1994. 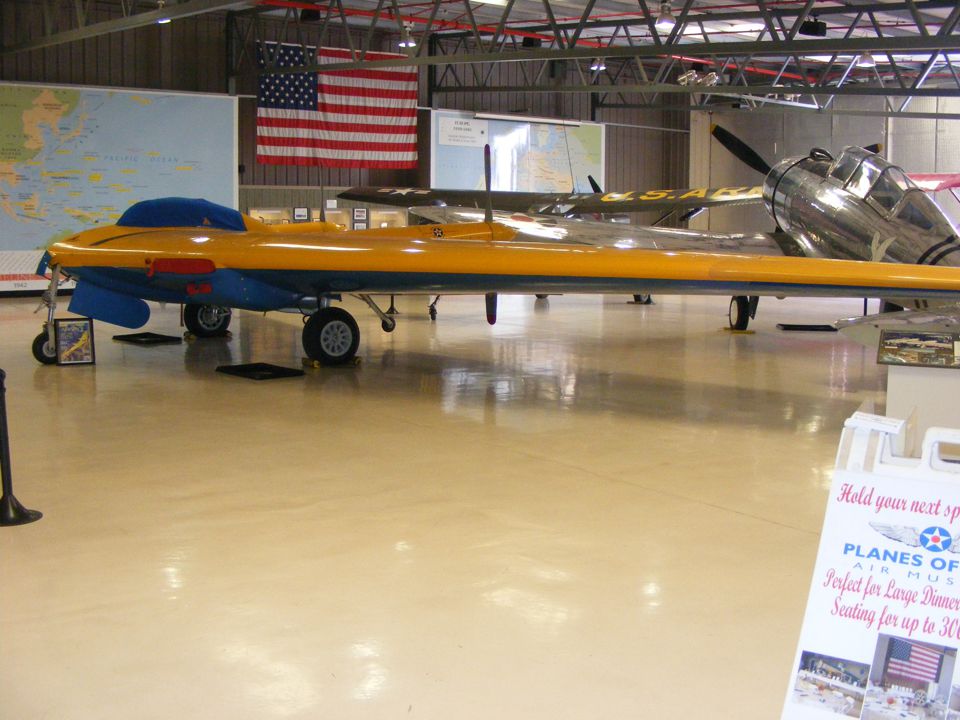