December 28, 2014: Kevin's hangar has a Cessna 172 undergoing some upgrades.  I noticed it is 1963 model with the mechanical flap handle and 40 degrees of flap range.  My first flight as student pilot was in one similar to the airplane.  Steve and Kevin share the rent along with the owner of the helicopter. 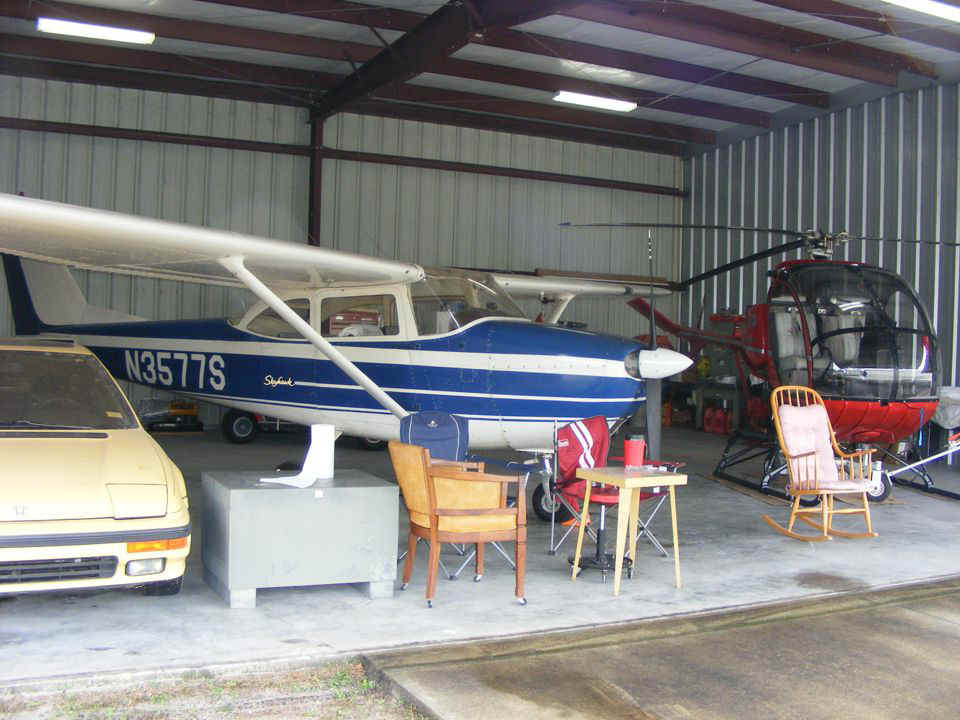 Here is a better look at the chopper, a Hughes model 269B. 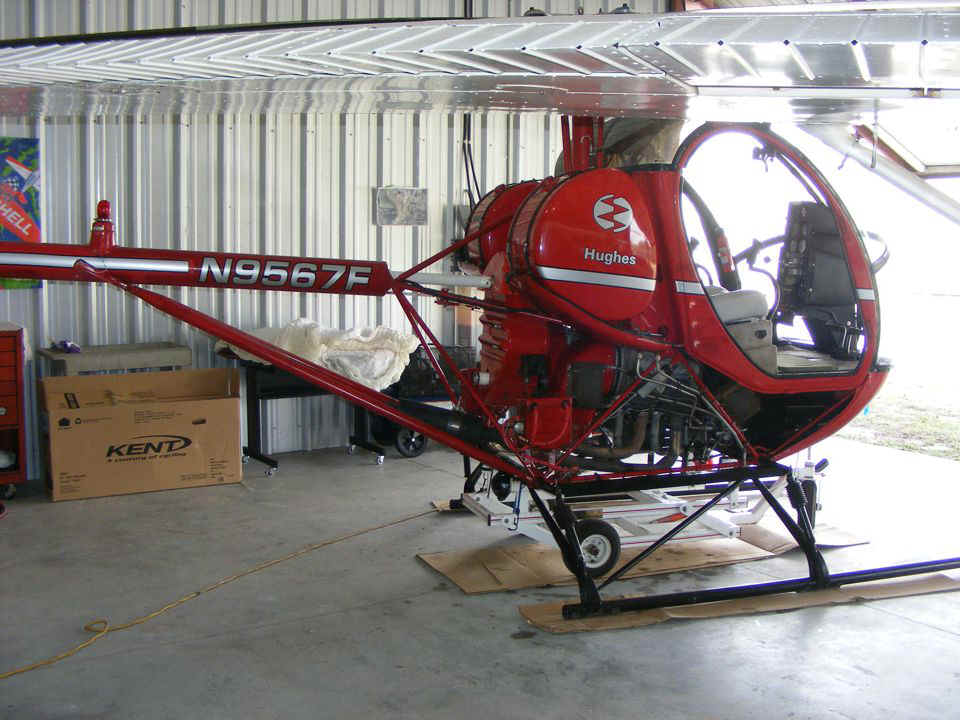 Kevin took me to a nearby restaurant called the "Mason Jar" where home-style cooking is featured.  This area is purely local and far enough away from the beaches and the Orlando attractions to still be a "Southern" small town.   Here is the drive-by photo of the place taken by the Google Earth camera vehicle. 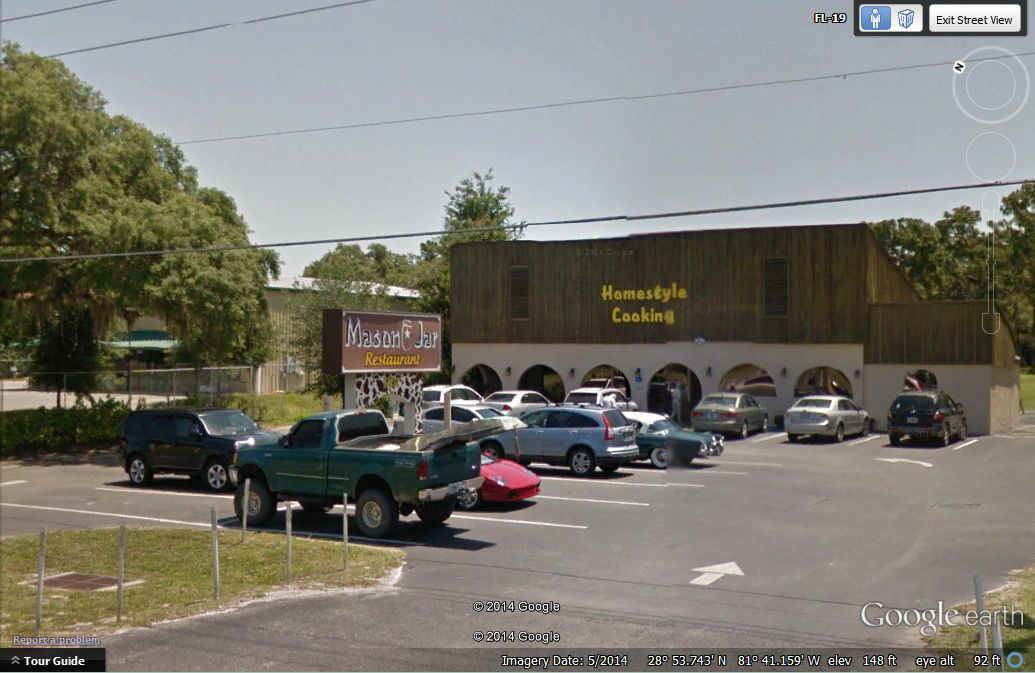 The takeoff from Umatilla was also photographed by Kevin.  I always hold full up elevator until the nose wheel lifts off the runway.  At that point, I keep the nose on the horizon as the speed builds for a natural liftoff while rolling just on the main landing gear.  The GPS data indicates the takeoff roll begins at 1:51 PM.   The engine is running at over 2,600 RPM on takeoff.  The camera shutter speed is not fast enough to "stop the propeller rotation as it did in the landing photos.   Take notice of the width of the blurred propeller here, and the width in the next photo as the propeller turns at a higher rate approaching 2,700 RPM. 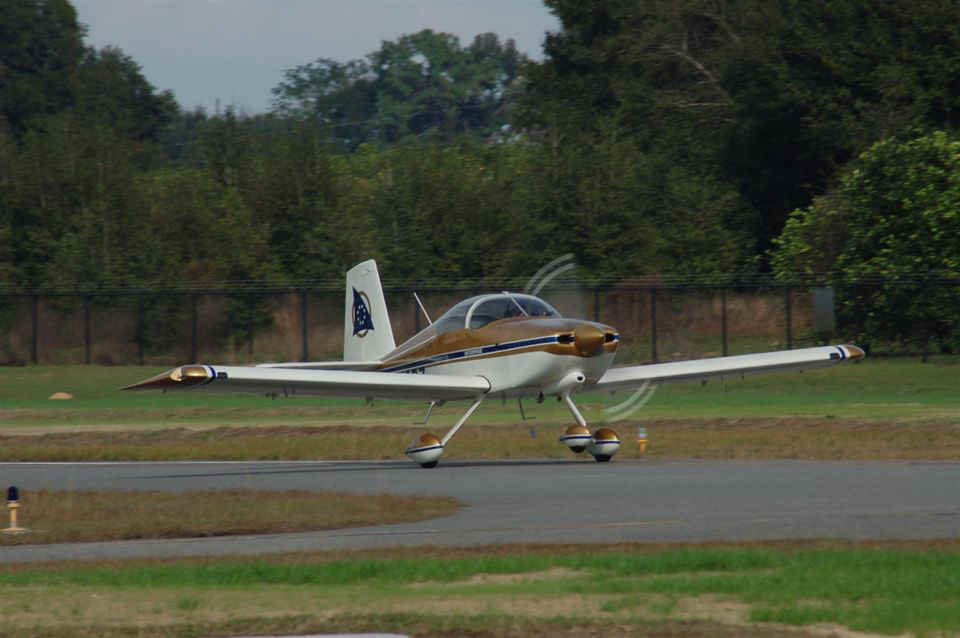 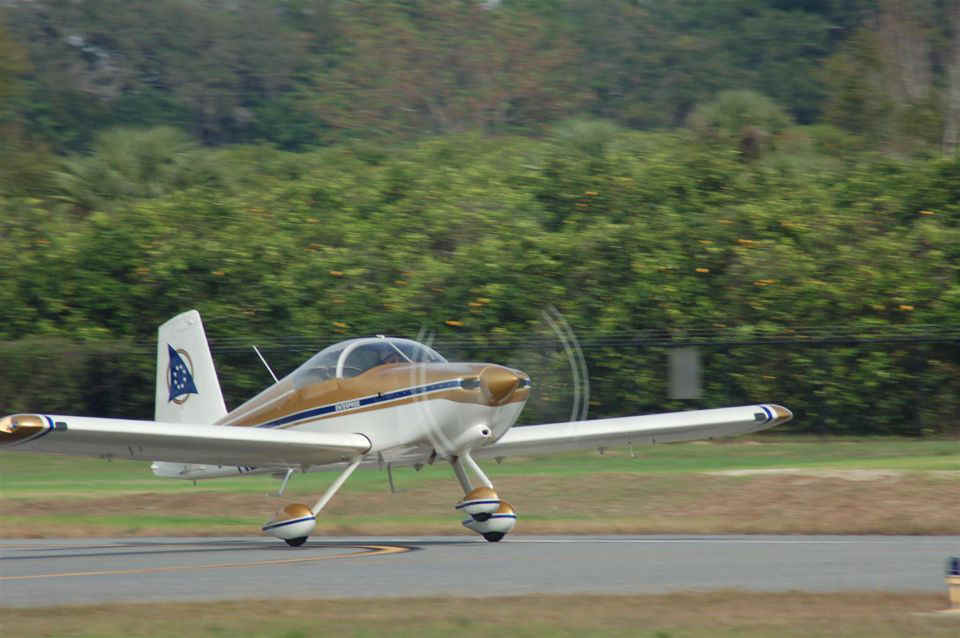 About 15 seconds after takeoff roll, Enterprise is airborne at last for the trip back home. 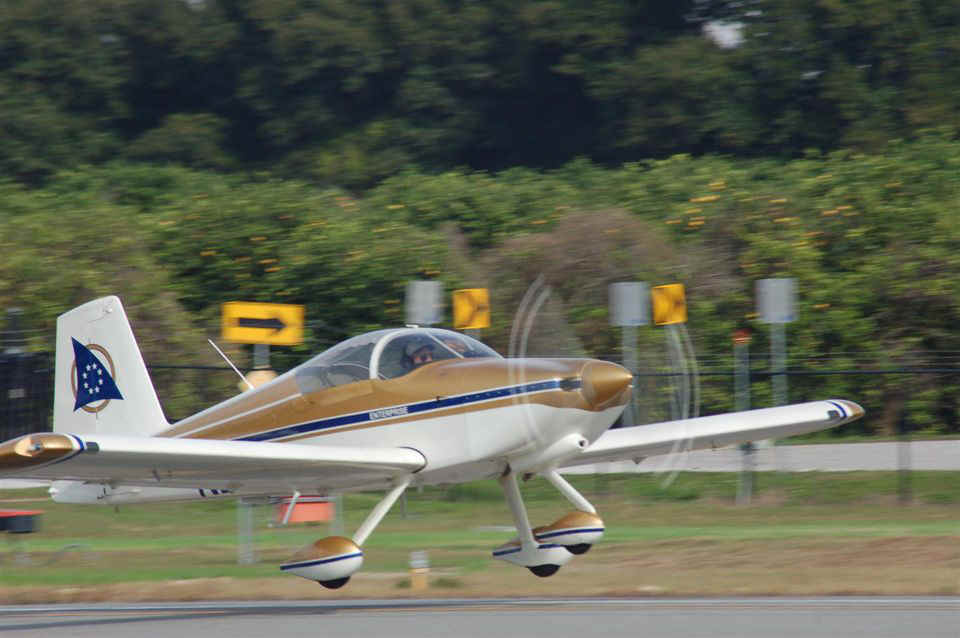 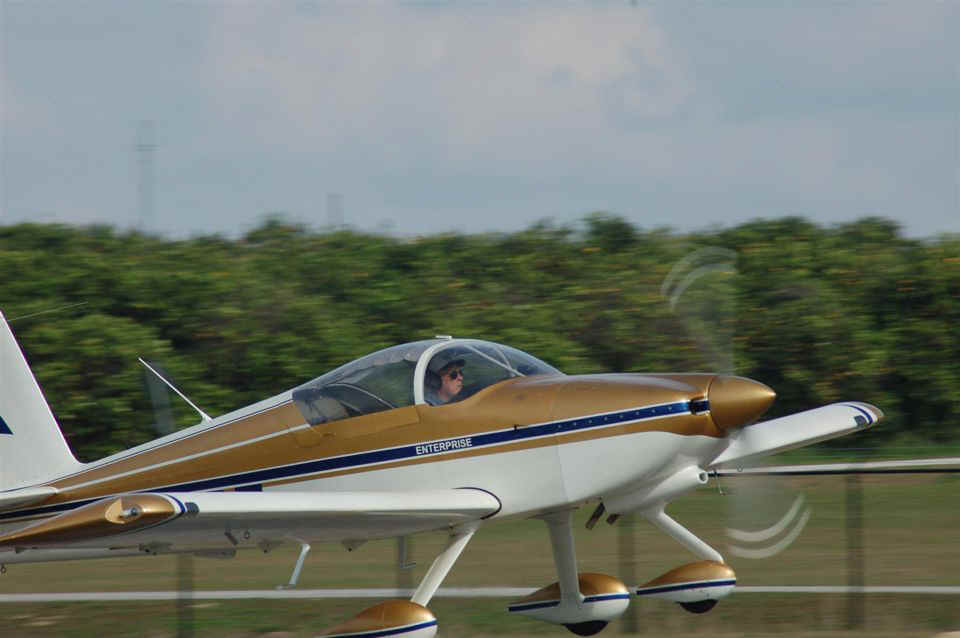 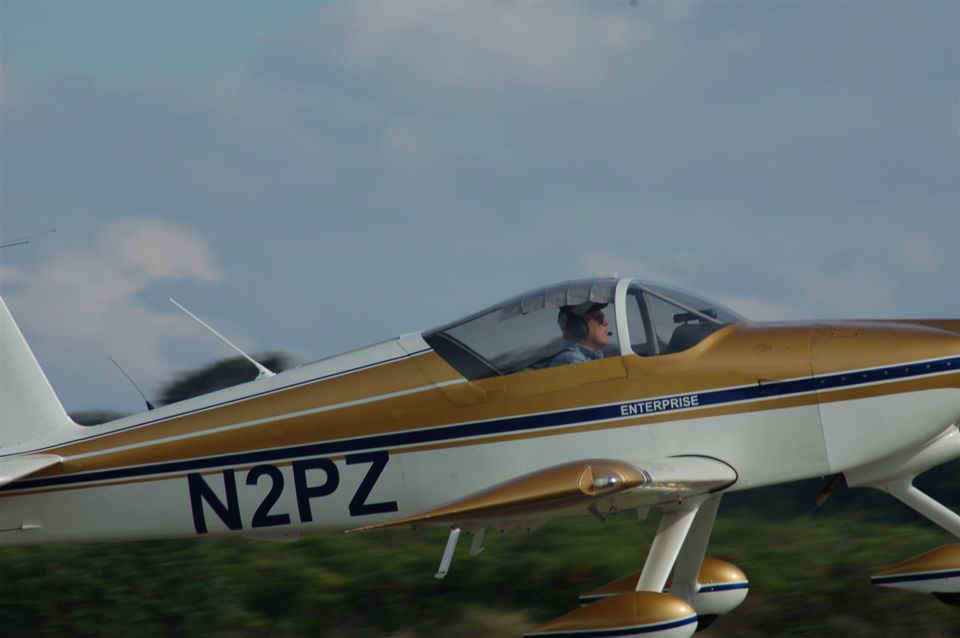 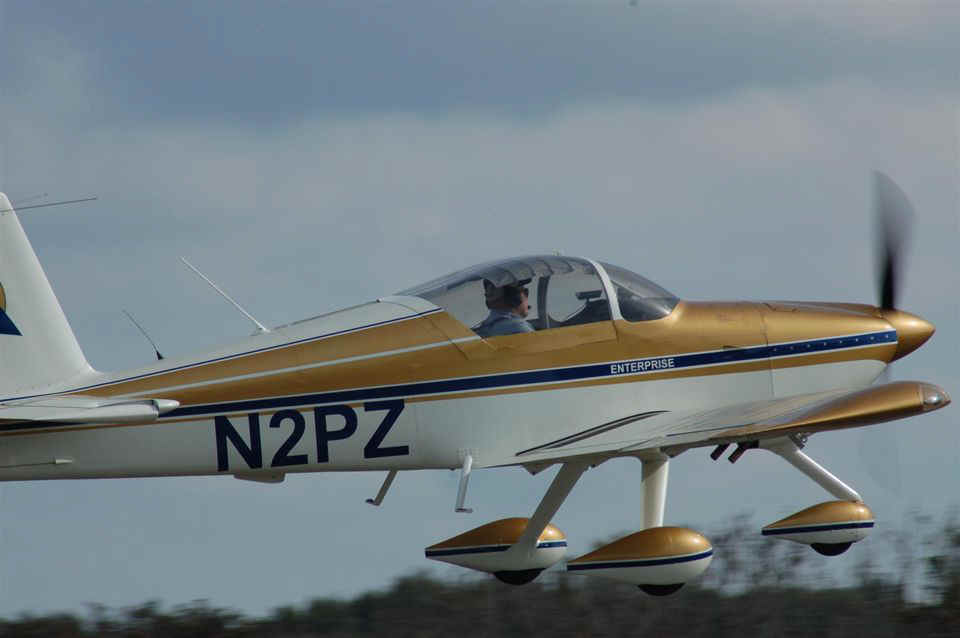 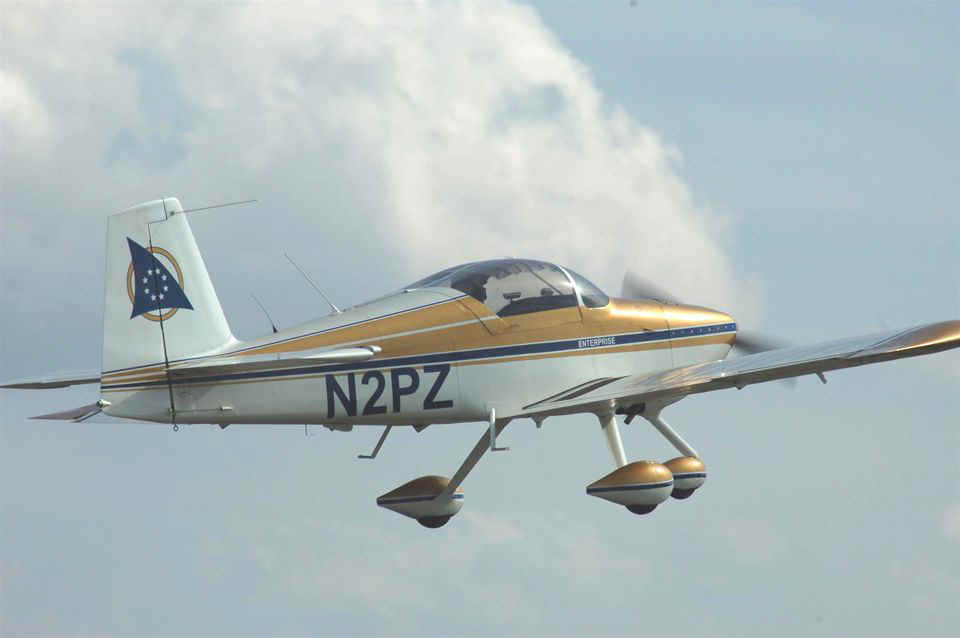 I held the airplane about 30 feet over the runway until the speed reached about 94 MPH and then climbed to 225 feet MSL and started turning on course for my stored waypoint just past the corner of R-2910C at a distance of 5.6 miles from the Umatilla Airport on a heading of 122 degrees.  Can you tell I have lowered the power setting and RPM of the propeller after reaching a suitable rate of climb and air speed? 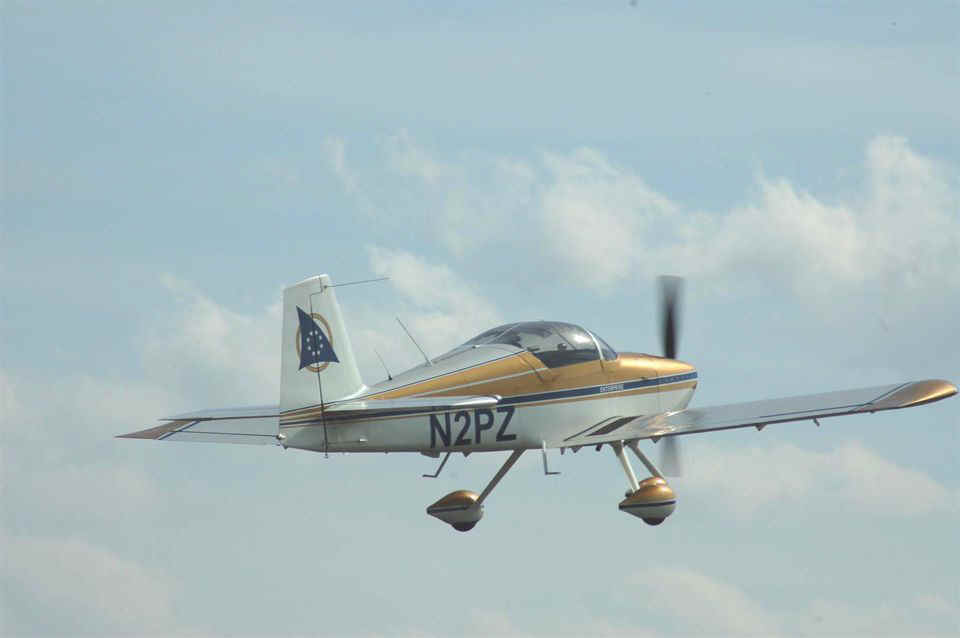