That is the choice every Van's RV-6, RV-7, and RV-9 builder makes when it is time to order the fuselage.  You can build the empennage and the wings since they fit both fuselage types.  But when it comes to making the decision about which canopy there are things you have to consider.  Here they are in no particular order.

You probably noticed that I did not put a winner in either of the last two issues.  These will be discussed forever with opinions on both sides.  As for my choices, the items I listed in the column under slider are my feelings on these issues.   When I went to Oshkosh this year and found Bill Duffy with a new RV-9A sliding canopy with the Meske tip-up modification, I felt vindicated in my choices.  He came to Oshkosh two years ago (2002) with a tip-up canopy RV-9A.  It was when I was sitting in that tip-up canopy airplane that I realized just how hard getting in and out would be. 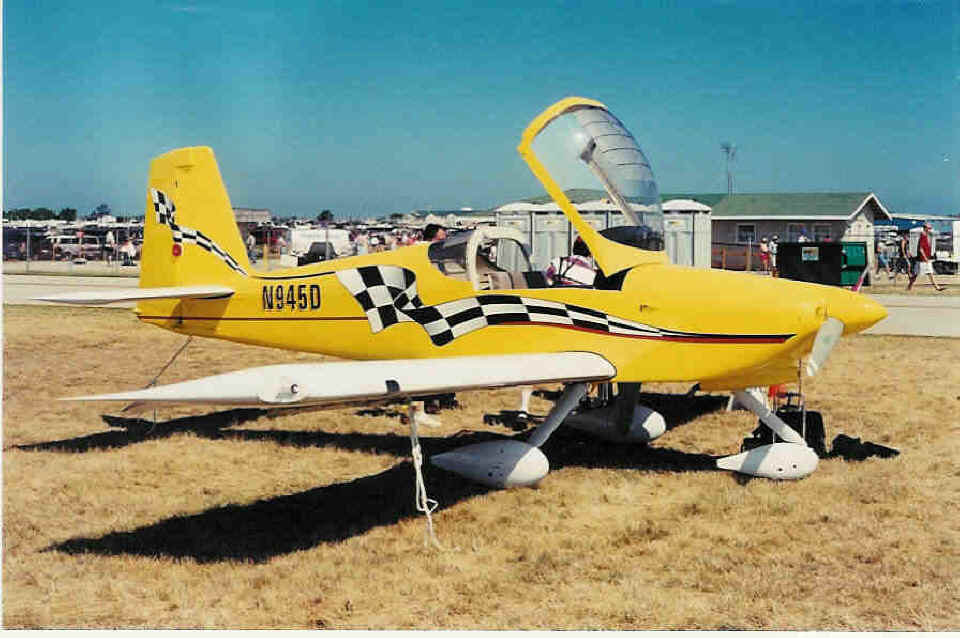 This is the airplane Bill Duffy brought to Oshkosh 2002.  He had built the armrests per the Van's design.  In that configuration they are not rated for anything except resting your arms.  It was seeing that restriction and the other lack of good places to push oneself up out of the seats in a tip-up that helped me make my decision for the sliding canopy.  I also found a way to make the armrests stronger, which you can see HERE in my web pages.

Here is Bill's current sliding canopy RV-9A that he brought to Oshkosh 2004.   The Meske canopy modification is not visible in this photo.  You can see he opted for mounting screws for the cowling instead of the hinges that Van's designed into it. 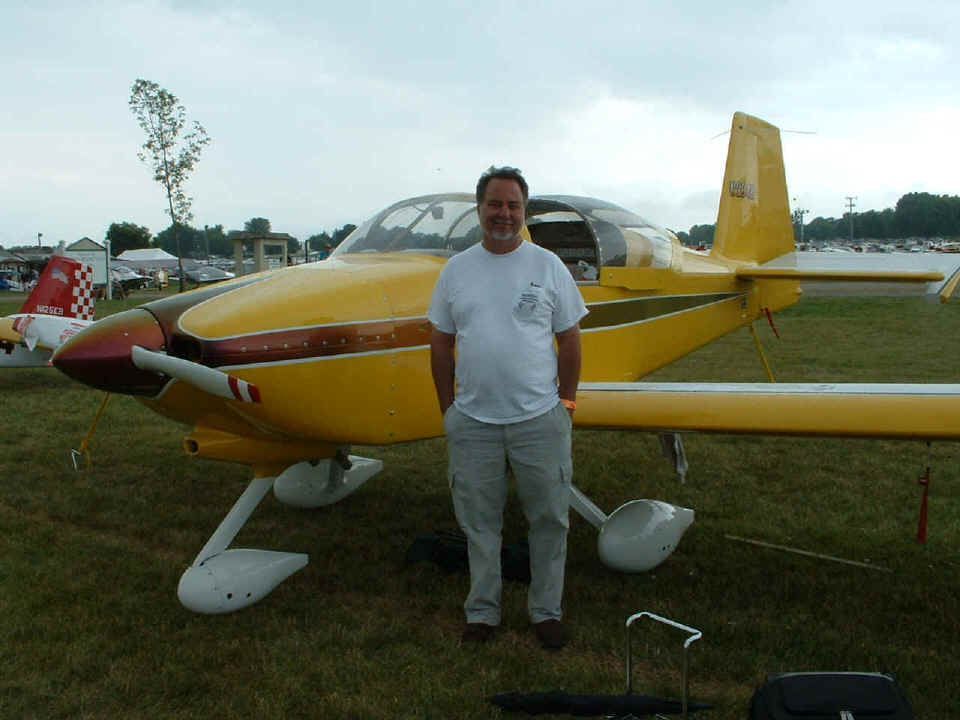