June 24, 2003:  I managed to finish the final assembly of the LEFT fuel tank today.  I made a final check of it on the wing and then put the tank aside to allow the sealant to cure.  I also took the LEFT wing off the construction jig and put it in the storage caddy.  Then of course I had to put the RIGHT wing skeleton on the wing jig with clecos.  It is ready for final riveting! 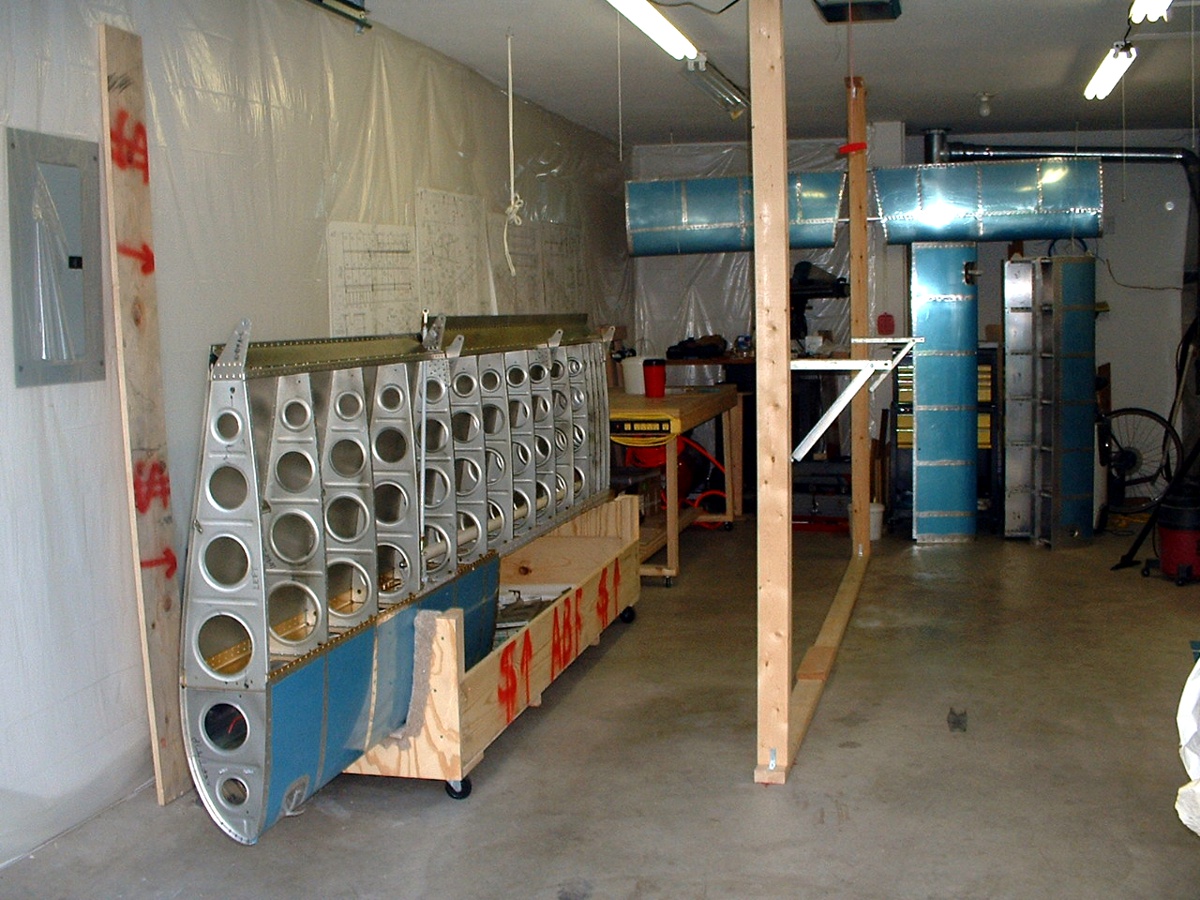 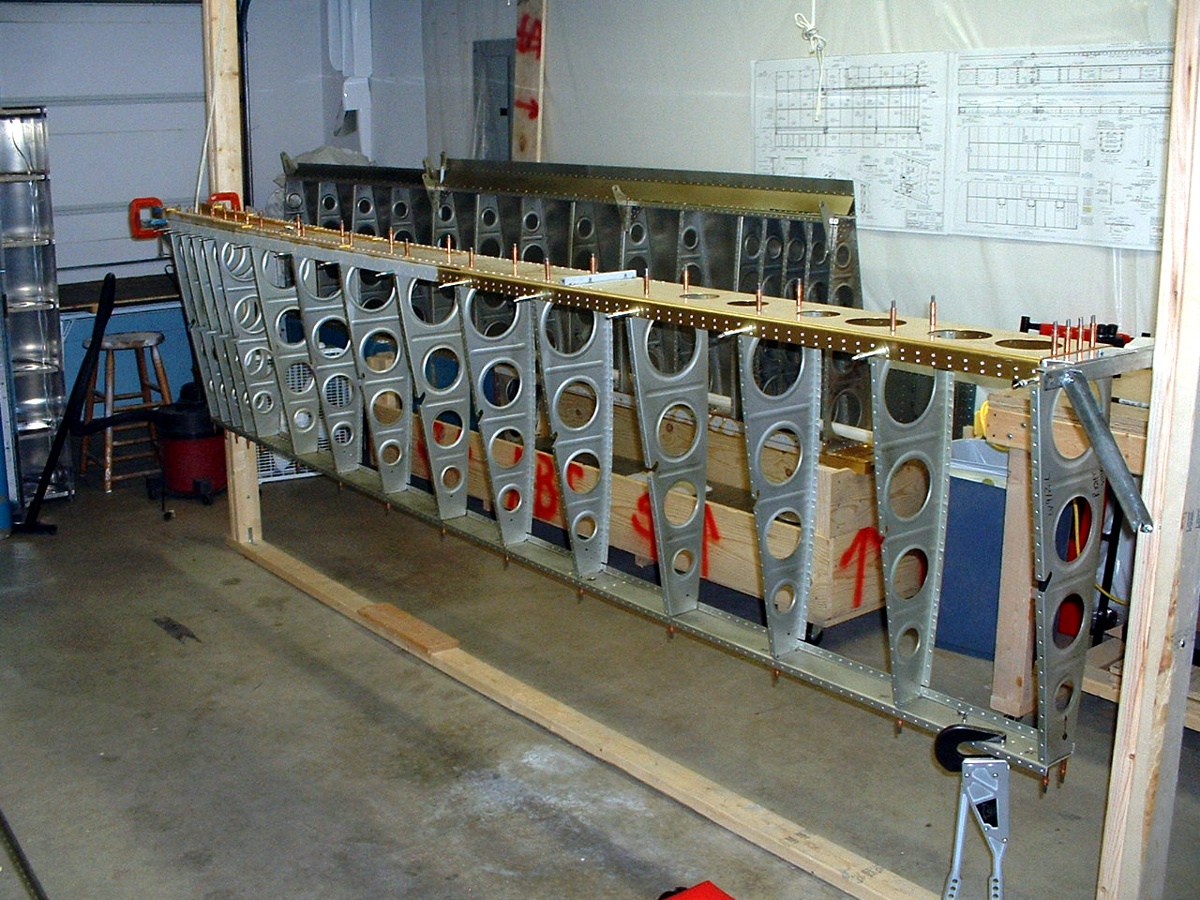 You can see where I just left the rivet squeezer hanging on the rear main spar when I decided it was time to quit for the night.  The current total hours on the project now stands at 490+ hours.  That is the RIGHT wing tank in the far left of the picture still waiting its turn to be sealed up.  You can see the LEFT wing in the background sitting in the roll-around cart with the trailing edge UP.  I have taken down the aileron, flap, and fuel tank construction drawings from the wall to reveal the wing prints again.

June 26, 2003:  This was the day I worked past 500 hours on the aircraft.  As you can see below, I have installed the leading edge on the wing skeleton and it is fully riveted in place.   I have also clecoed the wing walk doubler and the top skins to the skeleton and riveted the wing walk doubler area completely to the skeleton.  I have also put some rivets in the two ribs at the wing tip end of the skeleton.  I am making sure there is NO twist to the wing as I rivet it all together. 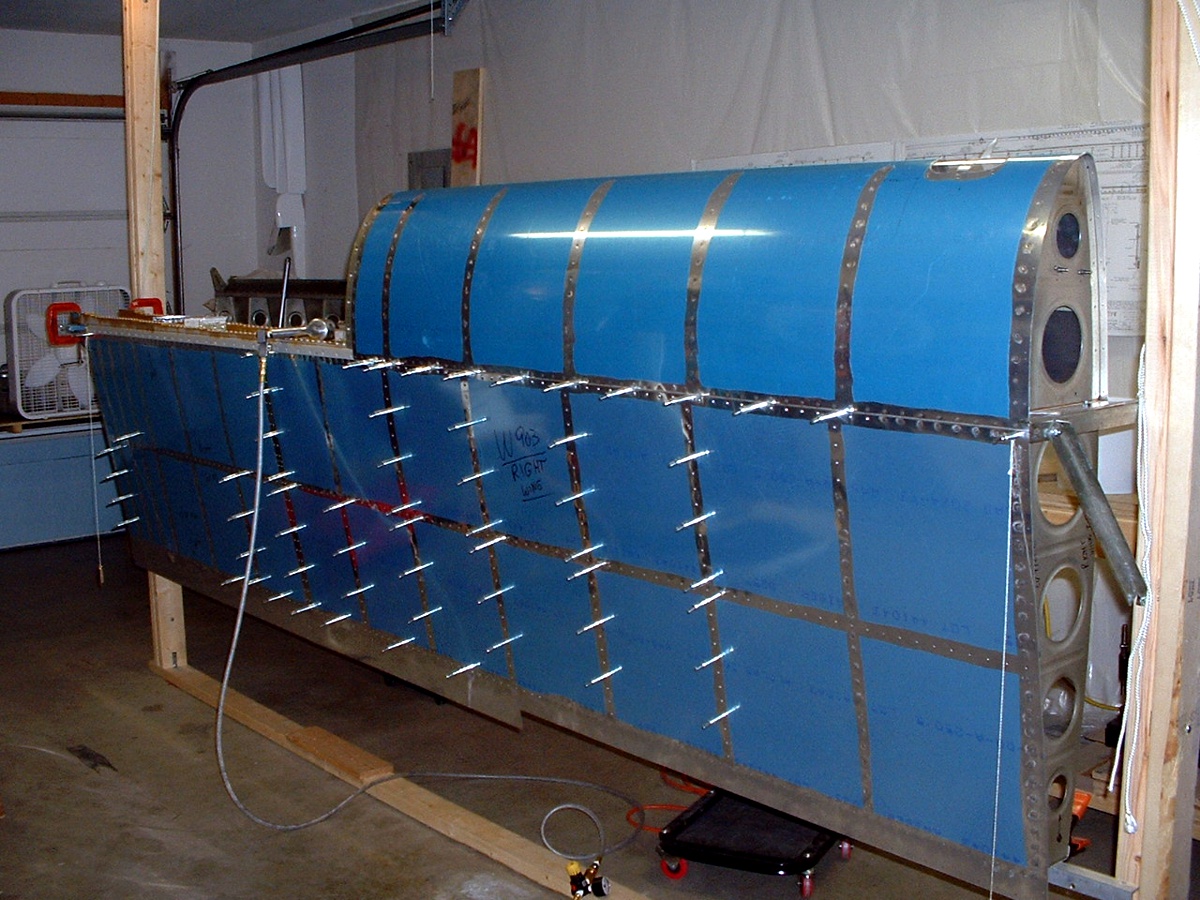 June 28, 2003:  As you can see below, I have finished the riveting of the top skins on the RIGHT wing.   I have also added the aileron hinges to the right wing and one of the three flap hinges is riveted in place, but they don't show up in this picture -- just the absence of lots of clecos. 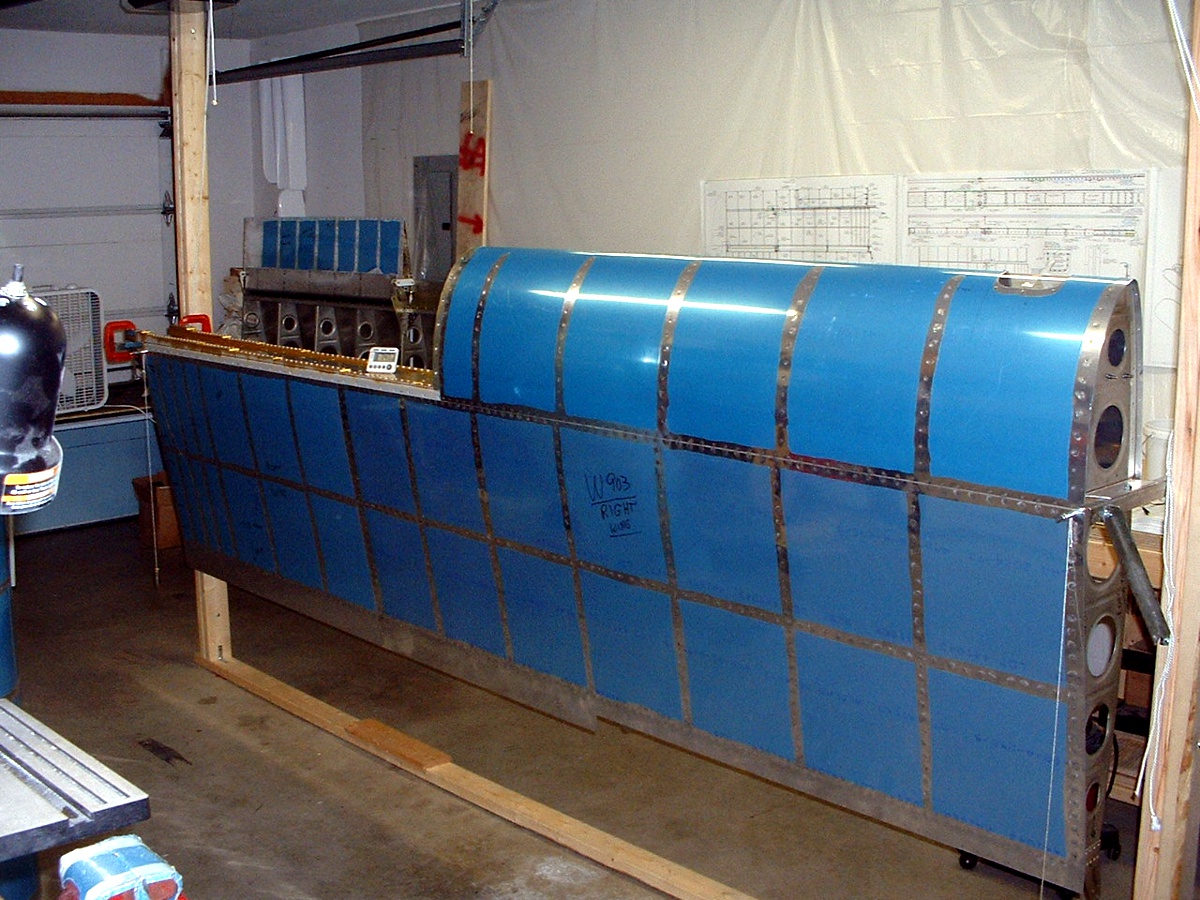